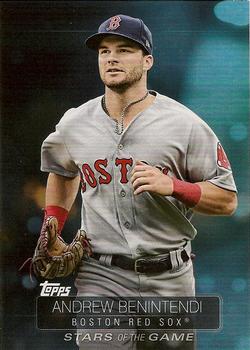 As the Boston Red Sox journeyed to Baltimore for a three-game series beginning Monday, May 6, 2019, they were somewhat optimistic about their chances, having won six of their last seven games. They were also going to play an Orioles team that had lost 115 games in 2018.

After winning the 2018 World Series, the Red Sox started the 2019 season with a West Coast trip that proved somewhat disastrous as they went 3-8 against Seattle, Oakland, and Arizona. Once back home in Boston, they rebounded somewhat but their record was just 17-18 going into the Orioles series. The rebuilding Orioles stood at 12-22.

The Orioles were victorious in the first game, 4-1, behind left-hander John Means, while the Red Sox rebounded the following evening, winning 8-5. For the final game of the series, the ace of the Red Sox pitching staff, Chris Sale, was to pitch against Orioles pitcher Andrew Cashner. Sale had lost his first five games but did win his last start, against the Chicago White Sox. While the Orioles were struggling, Cashner had been very effective, winning four games since the beginning of the season.

The game began with Andrew Benintendi lofting a line drive toward the left-field line that Dwight Smith Jr. dropped after a long run for a two-base error. Mookie Betts then hit a long drive to right-center field that was caught by Steve Wilkerson with Benintendi taking third after the catch. The Red Sox squandered this scoring opportunity as Cashner retired J.D. Martinez on a groundball to third base and Mitch Moreland struck out swinging.

In the bottom of the first, Jonathan Villar and Joey Rickard both struck out while the third batter, Trey Mancini, grounded out to second base. In the top of the second Eduardo Nunez singled with two outs but was stranded at first. Sale retired the Orioles in order in the bottom of the inning.

The Red Sox broke through in the top of the third as Mookie Betts hit a 400-foot solo home run into the left-field seats with two outs. The Orioles got a baserunner in the bottom of the third when Wilkerson, the leadoff hitter, was hit by a pitch. Sale responded by striking out the next three Orioles.

Neither team scored in the fourth or fifth, nor did the Red Sox in the top of the sixth. As the game entered the bottom of the sixth with the Red Sox ahead, 1-0, the Orioles had yet to get a hit. After Richie Martin and Villar both made outs, Rickard singled to center field for the first Orioles hit. Mancini followed with a double to deep left-center, scoring Rickard and tying the score. This ended Sale’s run of scoreless innings at 16, a streak that began in Tampa on April 28.1 Renato Nunez then grounded out to second, stranding Mancini.

As the game entered the top of the seventh, Paul Fry replaced Cashner for the Orioles. Cashner had another quality start as he just gave up one run in six innings, striking out five batters. Fry retired the Red Sox with the only blemish a Sandy Leon single to center field with two outs. In the bottom of the seventh, Sale struck out Hanser Alberto, Dwight Smith Jr., and Wilkerson all swinging on just nine pitches, a feat known as an immaculate inning. Sale had been dominant through the first seven innings, capped by this remarkable accomplishment.

Mychal Givens replaced Fry in the top of the eighth and walked Betts With two outs Xander Bogaerts reached first base on an infield single to third base but Betts, trying to advance to third, was thrown out, ending the inning. Pedro Severino led off the bottom of the eighth with a single but was unable to score. Givens continued to pitch in the top of the ninth and retired the Red Sox but did walk Jackie Bradley Jr. with two outs.

Sale had thrown 108 pitches, 80 for strikes, in the first eight innings, so Red Sox manager Alex Cora decided to replace him going into the bottom of the ninth. Sale’s performance was superb: He had allowed just one run on three hits and struck out 14 with no walks. After the game, Cora commented about Sale’s outing, “Amazing, for everybody that was worried about velocity and all that, well, he went right and he had a good slider. He located his fastball.”2

Matt Barnes replaced Sale and immediately got into trouble as Mancini led off with a double to deep right-center. Renato Nunez grounded out to third but Rio Ruiz got an infield single, moving Mancini to third. With runners on first and third and one out, Dwight Smith Jr. hit a grounder to Barnes and was thrown out at first while Ruiz moved to second with Mancini remaining at third. Barnes then struck out Wilkerson for the third out.

As the game went into extra innings, both teams were retired in the 10th inning and the Red Sox failed to score in the top of the 11th. Ryan Brasier was the Red Sox pitcher to start the bottom of the inning. Chris Davis pinch-hit for Rickard and struck out. Mancini then to hit a long fly ball to center field. To the players and fans, it appeared to be a game-winning home run, but Bradley, the Red Sox’ center fielder, had other ideas. He ran back, dug his right foot into the barrier for leverage and reached far over the seven-foot fence to snag the ball, depriving Mancini of the home run.3 After the catch, Mancini tipped his helmet to Bradley. At the end of the game, Bradley commented on the catch: “Just went back, tracked it, and got a good jump on it. Timed my footsteps the way I wanted to, and got up there and executed.”4 Brandon Hyde, the Orioles manager, said, “Good players and great teams make great plays in big spots, and that was an ultra-exceptional play.”5 Among the fans who stayed until the bottom of the 11th was Bradley’s father. He could be seen wildly applauding his son for his catch. After Bradley’s catch, Brasier struck out Renato Nunez, ending the inning.

As the game entered the top of the 12th inning, Chris Davis replaced Mancini at first with Mancini going to right field. Yefry Ramirez was the new Orioles pitcher. With two outs, Benintendi hit a 387-foot home run to right field. Betts walked, but Martinez flied out to right field, ending the inning with the Red Sox leading 2-1.

Heath Hembree was the new Red Sox pitcher in the bottom of the inning and struck out the side, ending the game.

While much of the discussion after the game concerned what had transpired during the contest, another topic was addressed by Cora. The next day the Red Sox as World Series champions were scheduled to visit the White House. Several of the Red Sox players were not attending because of their dissatisfaction with President Trump. Cora, who was not attending, said, “For everybody that’s talking about us, the situation, crushing us throughout the week, well, they played extra innings, they didn’t give in, and you see them in the clubhouse, they’re celebrating Heath because of the first save, they’re celebrating Jackie, and now we go. There’s a group that’s going home, and there’s a group going to the White House. And on Friday, we get back – back to playing baseball.”7

The 2019 Red Sox, while winning 84 games, struggled all year to get into playoff contention. They finished 19 games behind the East Division-winning Yankees and 12 games behind Tampa Bay for the second wild card. The Orioles, in the second year of their rebuilding phase, lost 108 games. For both teams, the cry of “Wait till next year!” could be heard at season’s end.

Box scores and play-by-play accounts for this game can be found on baseball-reference.com.