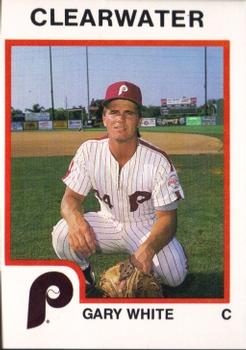 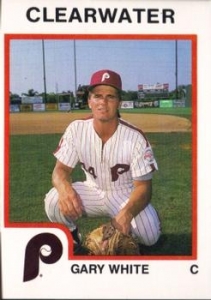 Gary White, a catcher recently battling cancer, collected the decisive RBI single for his only hit of the 1999 Intercontinental Cup tournament, as Australia won its first gold medal in international baseball competition in an 11-inning, 4-3 thriller against Cuba.1

It was November 14, 1999, at Homebush Stadium, the site of the 2000 Sydney Olympic baseball tournament. A tight game ended for the Australian players and their fans, who saw the home team emerge victorious over eight-time champion Cuba.

With major leaguer David Nilsson the starting Australian catcher — and the series Most Valuable Player — backup catcher White saw limited action through the seven preliminary games and the 2-0 semifinal victory over Japan. But in his nation’s hour of need, he came through in perhaps the highlight of his baseball career.2

The score was deadlocked 3-3 after 10 innings; Cuba batted last, thanks to a pregame coin toss. In the top of the 11th, the first two Aussies were outs, as Grant McDonald went down swinging and Nilsson’s fly ball was caught by center fielder Yasser Gomez on the warning track.

American Ron Johnson, a former minor-league pitcher in the Toronto and Texas systems, who came to Australia in 1989 and developed into one of the Australian Baseball League’s best hitters, batted next in the cleanup spot. Johnson, who turned 37 at the start of the tournament, took a strike before collecting a walk on four straight pitches from Cuban hurler Carlos Yanes.3

Australian manager Mike Young then made two crucial changes. First, he sent in the speedy Peter Vogler to run for Johnson. Then, after Paul Gonzales walked, he sent in White to pinch-hit for designated hitter Michael Moyle. Although Moyle was selected to the All-Tournament team as DH and belted a home run in Australia’s 2-0 semifinal win over Japan, he had slumped in the gold medal game with four strikeouts.

White hit a sharp single to center field, just out of reach of Cuban second baseman Macias Oscar. Vogler came sprinting home from second base, well in advance of the throw, putting Australia ahead 4-3.

Tom Becker, who had come on in relief at the bottom of the eighth inning, was still there in the 11th, needing three outs for the gold medal. Cuba’s Gabriel Pierre battled the right-handed fireballer for an eight-pitch walk, but Oscar Macias, who hit three home runs in the tournament, struck out. Young then made a pitching change, bringing in Cam Cairncross, who was similar to Becker in most aspects, except left-handed. After inducing pinch-hitter righty Michael Abreau into grounding out to shortstop for the second out, with Pierre moving to second, Cairncross gave an intentional walk to catcher Ariel Pestano.

The cat-and-mouse game between the managers continued. Cuban head-honcho Carlos Marti had righty hitter Juan Moreno pinch-hit to face Cairncross, which Young countered by bringing in ace reliever Grant Balfour — a right-hander and prospect in the Minnesota Twins organization. Moreno took a called strike, fouled one straight back, took a ball before another foul, then, with a big sweeping cut, missed — strike three, game over, gold medal Australia.

Through the seven preliminary rounds Australia lost only once, to Japan, while Cuba went down to a young South Korean side and 5-1 to Australia in the final day before the playoffs. In the semifinals, the Aussies reversed the result against Japan in a 2-0 victory, while Cuba was untroubled in defeating the US 7-0.

Australia lost a coin toss and batted first in the gold medal game. Cuban starter Jorge Machado mowed down the Aussies in the first three innings, facing the minimum nine batters and striking out three.

In contrast, Cuba looked as though it was setting up for another gold medal, as it scored a run in the opening inning. Leadoff batter Michel Enriquez doubled and scored on number-two hitter Leonard Danel Castro’s single. Danel Castro stole second base and advanced to third on Gabriel Pierre’s bunt, but the next two batters flied out to Aussie right fielder Chris Snelling.

The first three batters in the bottom of the second inning caused more trouble for Australian starter Phil Brassington. Chapelli walked, Ariel Pestano singled to left field and Roberquis Videaux had an RBI hit to right field. Veteran pitcher Adrian Meagher entered the fray for Australia, and a bunt out and two strikeouts saw the advantage held at 2-0 for the Cubans.

Australia finally found some form with the bat in the top of the fourth. Adam Burton hit a leadoff triple, and after an out, scored on Nilsson’s grounder to first base. Ron Johnson and Paul Gonzalez hit back-to-back doubles and the score was tied, 2-2.

Meanwhile Meagher had been brilliant on the mound, retiring 12 consecutive Cubans to keep the game tight. But in the bottom of the sixth, Yobal Duenas hit a leadoff single and stole second base. He scored on Oscar Macias’s single to left field for a 3-2 Cuban lead.

Except for the fourth frame, Australia could not collect a hit through the first seven innings, while also picked up only one walk.

Something special was about to happen.

And it did in the top of the eighth inning, as Brendan Kingman led off with a single up the middle and advanced to second base on an error. Out went Kingman and in came speedy pinch-runner Ben Utting, who went to third base on Snelling’s groundout to first. After Matt Buckley hit back to the pitcher for the second out, Burton came through with another big hit, an RBI single to right field — again, game tied, 3-3.

Meagher was done, after throwing six innings, allowing two hits and no walks and striking out seven in an outstanding relief appearance. Coming in to pitch was Tom Becker, who was solid in the eighth, ninth and 10th, conceding just one hit and a walk.

Australia could have scored the go-ahead run in the top of the 10th, but an unsuccessful bunt attempt by Burton, with runners on second and third with one out proved costly, with the runner, Snelling, out at the plate.

A two-out double by Danel Castro in the bottom of the 10th had everyone in attendance on the edge of their seats, but Becker induced Duenas to fly to right fielder Snelling, who made his sixth putout of the game.

That set the stage for White’s heroics in the 11th. Almost 12 months earlier, after starting the 1998-99 Australian Baseball League season with the Sydney Storm, White was diagnosed with testicular cancer and missed a fortnight of games after an operation. After returning to the game, he underwent four weeks of radiation therapy. White went on to be runner-up for the ABL’s batting title and MVP — an award he had also collected in 1996. He also snared the league’s gold glove as best infielder, the first catcher to be so honored. In 2009 he was inducted into the Australian Baseball Hall of Fame.

White said, “Honestly, just to represent your country is a thrill. It was good to just be there.4

“Baseball is about taking your opportunities and you just need to prepare for when those moments happen. I was working in the batting tunnels to make sure I was ready.

“With matchups the way they were, lefty versus righty etc., there were slots I could see where I might be used, but it wasn’t until Michael Moyle was on deck when Mike (Young) looked at me on the bench and gave me the nod.

“To be honest, from when my name was announced until I was on first base with coach Greg Jelks, it was all a blur. I can’t remember any of it. You can’t think, you just see the ball and hit it.

“I remember reading about how athletes like Michael Jordan and Tiger Woods talked about the zone and how everything goes blank, everything just goes dead quiet, you don’t hear anything — that’s how it was in that situation for me.

“But when I reached first base, all I could think about was how we (the Australian team) had been together a few years and this was reward for our effort. We knew we had good relievers, like Grant Balfour, so we were looking good.

This tournament represented the best in Australian baseball, which was played as a warm-up event for the 2000 Sydney Olympics, where Australia, as host nation gained automatic seed, but won only two games to finish seventh in the eight-team competition. Two of the nation’s most celebrated major leaguers, Dave Nilsson and Grant Balfour, played in the gold medal game.

Nilsson toiled for the Milwaukee Brewers, mainly as a catcher, from 1992-99 and was the first Australian to make an All-Star side, in 1999 (one at-bat, one strikeout). He played more major-league games (837) than any other Aussie in the modern era (nineteenth-century player Joe Quinn played more), with a career .284 batting average.

As for Balfour, while Nilsson was at the end of his US major-league career when he starred with the Australian national team at the 1999 Intercontinental Cup, Balfour had his glittering major-league career in front of him. He played with Minnesota, Milwaukee, Tampa Bay, and Oakland between 2001 and 2015, pitching in 534 games for 30 wins, 23 losses and 84 saves. He was the second Australian to make the All-Star Game, in 2013, pitching the sixth inning (four batters, a walk, popup to shortstop, fly out to center field, and swinging strikeout).

The winning hurler in the semifinal against Japan was Shayne Bennett (3-0 for the tournament), who pitched three seasons for the Montreal Expos, compiling a 5-7 won-lost record in 83 games over three seasons (1997-99) with an ERA of 5.87.

In the commentary booth for the gold medal game were Chris Maitland, Mark Shipley (brother of Craig Shipley), and Pat Kelly. Maitland is a Sydney baseball lifer, while Shipley’s brother was the first modern-day Australian to play in the major leagues (1986-98, Los Angeles Dodgers, New York Mets, San Diego, Houston, and Anaheim), batting .271 in 582 games, playing as a utility infielder. As for Pat Kelly, an American, he played nine years in the major leagues, mostly for the New York Yankees, and was a teammate of Aussie Graeme Lloyd on the 1996 world champions — Lloyd started his major-league career in 1993 with Milwaukee, as a teammate of Nilsson.

Baseball’s Intercontinental Cup started in 1973 and was played every two years up to 1999 (with the last tournament in 2010). The baseball World Cup, which started in 1938, became a biannual event in even years, except when the Olympic Games had a baseball tournament in 1992, 1996, and 2000, which saw international baseball played every year from 1969 to 2000. Between 6 and 12 countries were invited to compete in the Intercontinental Cup each tournament. Both competitions petered out in the first decade of the twenty-first century, as the World Baseball Classic, which started in 2006, became the major competition at this level.

2 The video vision from Channel 7, Sydney, was used as an extra source.