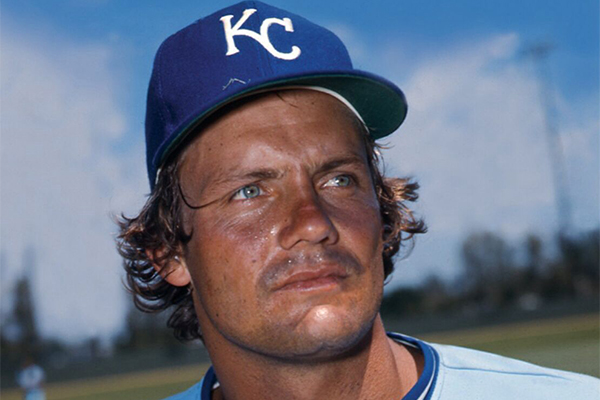 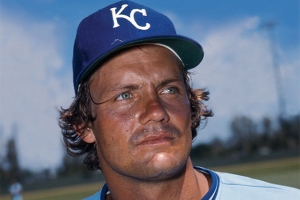 The Kansas City Royals were on the threshold of experiencing their greatest franchise moment to date: their first World Series. The year before, the California Angels clinched the American League West Division crown during the season’s last week, outpacing Kansas City by three games. From 1976 to 1978, the Royals lost three consecutive American League Championship Series to the New York Yankees, including two losses during the decisive fifth game. Now the Royals were positioned to sweep New York for their initial AL pennant.

The 1979 season ended bitterly for Kansas City, as California clinched their first division title on September 25 by defeating the Royals 4-1.1 One week later, Royals manager Whitey Herzog was fired after 4½ seasons. Herzog had taken over midway through the 1975 season after Jack McKeon was fired on July 24.2 Herzog had been the Royals’ third-base coach; his previous major-league managerial experience consisted of guiding the 1973 Texas Rangers to a 47-91 record as the first of three managers, and leading California for four games in 1974. Although he endured strained relations with ownership during his tenure, Herzog received accolades from many within baseball on his ability to keep Kansas City competitive with below-average pitching and several rookies in key positions during the 1979 season.3

The 1980 Royals entered spring training with unheralded rookie manager Jim Frey, who worked for Earl Weaver for 10 years yet wasn’t considered a Weaver protégé.4 The Royals were expected to compete for the division crown, with strengths in team defense, scoring ability, and starting rotation. However, Kansas City faced challenges as the 1980 season began: John Wathan replaced All-Star catcher Darrell Porter, the bullpen was inexperienced, and the manager and coaching staff were unproven.5 Baseball Digest predicted the Royals would finish first while the Baseball Writers’ Association of America expected California to repeat as division champions with Kansas City finishing second.6

The Royals started slow, falling two games behind the surprising White Sox as April ended. However, Kansas City won eight games during a nine-game stretch between May 17 and 25, improving from 1½ games behind to 2½ games ahead; the Royals never relinquished the division lead after Memorial Day. They led by as many as 20 games, and finished the regular season with a 97-65 record, 14 games ahead of Oakland.7 The offense was led by George Brett (9.4 Wins Above Replacement [WAR], .390 BA), Willie Wilson (8.5 WAR, 133 runs, 79 stolen bases), and Hal McRae (2.7 WAR, .825 OPS), while the pitching staff featured Larry Gura (6.0 WAR, 2.95 ERA over 283⅓ innings), 20-game winner Dennis Leonard, and closer Dan Quisenberry (33 saves).

The 1980 Yankees featured several stars from the 1977-1978 championship teams, although the team had tragically lost Thurman Munson in a plane crash the previous season. Willie Randolph paced the offense with a 6.6 WAR, .427 OBP, and 30 stolen bases; Reggie Jackson provided power with 41 home runs and 111 RBIs; and Rick Cerone admirably filled Munson’s spikes. Ace Tommy John went 22-9 with a 3.43 ERA over 265⅓ innings, Rudy May won 15 games as a valuable swingman, and Rich Gossage intimidated hitters with 33 saves and 103 strikeouts in 99 innings. Like Kansas City, the Yankees were predicted to fall short of the division title, with Baltimore expected to win the AL East.8 The Yankees were also guided by a rookie skipper, Dick Howser. New York finished with a 103-59 record, the best record in the majors and three games ahead of Baltimore.9

In ALCS Game One, the Royals won 7-2 behind Gura’s complete game and Kansas City’s seven unanswered runs.10 In Game Two, an incredible relay from Wilson to Brett to Porter nailed Randolph at home plate in the eighth inning and preserved the 3-2 win.11

With 56,588 fans attending the damp Friday contest, Tommy John started Game Three by getting Wilson on a groundout. U.L. Washington singled to right field, Brett grounded into a fielder’s choice, and McRae lined out to end the inning. Splittorff almost matched John’s performance: Randolph grounded out to shortstop, Bucky Dent grounded out to second, Bob Watson doubled, and Jackson struck out. In the second, both teams exchanged harmless hits and stranded runners. During the third frame, John retired the Royals in order. Splittorff allowed a single to Randolph, who was erased when Dent hit into a double play. Watson singled and reached second on a balk. Jackson struck out swinging. After three innings, the game was scoreless.

Entering the fourth inning, John continued pitching effectively, though the Royals batters were hitting the ball farther: Brett flied out to left field, McRae singled to center, Amos Otis lined out to right, Willie Aikens singled to right, and Porter flied out to right. For the only time that evening, Splittorff retired the Yankees in order, relying on a fly out, line out, and groundout. After Clint Hurdle struck out to start the fifth inning, Frank White started the scoring on a solo home run – his first clout in postseason play. Wilson singled and advanced to second on Washington’s groundout, but was stranded when Brett grounded out. Splittorff, who retired several Yankees on groundouts in the early innings, needed three fly outs around a walk to keep the Yankees scoreless.

Tommy John quieted Royal bats in the sixth inning, inducing McRae to ground out, striking out Otis, allowing a single to Aikens who advanced to second on a wild pitch, and ending the inning on a Porter fly ball. Splittorff returned for the bottom half; Watson lined out to second, where White leapt to catch the sharply hit ball. Jackson, who had struck out twice, doubled to left, prompting Frey to replace Splittorff with Quisenberry after 5⅓ innings. Quisenberry made his postseason debut the previous night; he allowed one hit in the ninth inning for the save. Only three previous times had Quisenberry entered a game during a sixth inning: the Angels’ division-clinching game the year before, and April 20 and July 20, when he earned a four-inning save both times.

Now he faced Oscar Gamble with Jackson on second base. Gamble singled a 1-and-2 pitch up the middle; White recognized that he didn’t have time to throw out Gamble at first base, so he attempted to catch Jackson at third base. The ball sailed over Brett’s head, allowing Jackson to score and Gamble to reach third.12 Cerone followed with a single to left, plating Gamble and giving New York a 2-1 lead. The next two hitters grounded out, limiting further damage.

In the seventh, John retired the first two hitters and then Wilson doubled. Countering Frey, Howser summoned Gossage from the bullpen. Washington greeted Gossage with an infield single, advancing Wilson to third and bringing up Brett. Brett, hitless in his previous seven at-bats, preferred facing Gossage rather than John; after the game Brett commented, “In that situation, Tommy John (a sinkerballer) is very hard to hit a home run off. I know Gossage has one thing in mind – to throw it by you.”13 On the first pitch, Brett blasted a tremendous clout that reached Yankee Stadium’s third deck and gave Kansas City a 4-2 lead.14 McRae singled to maintain the rally, but was caught stealing to end the inning. Quisenberry set down Brown, Randolph, and Dent in order in the Yankees half of the seventh.

Tom Underwood relieved Gossage for New York in the eighth, and Otis singled. Aikens flied out, Otis was picked off, and Porter flied out as the Royals couldn’t pad their lead. Quisenberry quickly ran into trouble in the bottom half, as Watson tripled, Jackson walked after an 0-and-2 count, and Gamble walked on four pitches to load the bases. However, Cerone lined out to short and Washington quickly flipped to White, catching Jackson off second base to complete a timely double play. With renewed confidence, Quisenberry retired pinch-hitter Jim Spencer on a groundout.

Neither team generated offense during the ninth inning. The Royals didn’t hit the ball out of the infield; for New York, Nettles and Brown flied out and Randolph struck out looking to end the game. The Kansas City Royals won their first AL pennant.15

The ghosts of previous series were vanquished, and for longtime Kansas City fans, the win was especially gratifying as the Kansas City A’s often served as a farm club for the vaunted Yankees teams of the late 1950s and early 1960s.16 White, named ALCS Most Valuable Player for his .545 series batting average and spectacular fielding, commented, “This is the happiest three games of my life.”17 The Royals eventually lost to Philadelphia in the 1980 World Series, and remained a pennant contender throughout the 1980s.