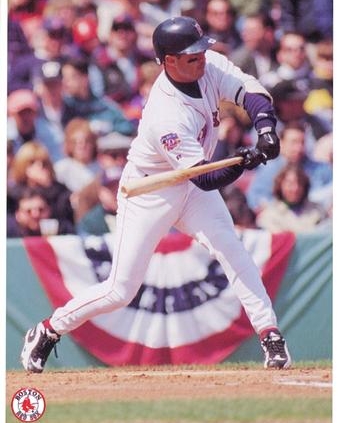 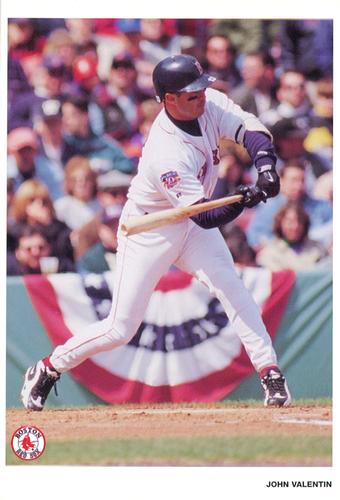 It was the 1999 American League Division Series, pitting the 94-68 Boston Red Sox, who had finished behind the Yankees in the East, against the AL Central-winning Cleveland Indians (97-65). The Indians had won the first two games in the best-of-five series. They won the first game 3-2 with a tie-breaking run in the bottom of the ninth at Cleveland’s Jacobs Field, and then humiliated the Red Sox, 11-1, in Game Two.

At Fenway Park, Boston battled to a 9-3 win in a Saturday afternoon Game Three. Then came Sunday night, October 10. Kent Mercker started for the Red Sox, but he didn’t last long, allowing one run in the first and another in the second, and he was quickly replaced by Rich Garces, the call being made by manager Jimy Williams. The second Indian run had tied the game. Indians starter Bartolo Colón walked leadoff batter Jose Offerman and then gave up a home run to John Valentin. It was the only scoring of the inning, but Colón didn’t get off so easy in the bottom of the second. In fact, he never got anyone out.

Three singles were followed by a two-run double and then a two-run home run by Offerman. Indians manager Mike Hargrove signaled to the bullpen and summoned Steve Karsay to pitch. In something of an understatement, Colón declared after the game, “This is a tough ballpark.”1 He was pitching on three days’ rest for the first time in his career.

With the score 7-2 in the bottom of the third, Jason Varitek led off with a double. A single and a sacrifice fly followed, Trot Nixon picking up his third RBI. (The two-base hit in the second had been his.) John Valentin homered again and now he had four RBIs. It was 10-2 after three.

Steve Reed replaced Karsay to pitch for Cleveland in the bottom of the fourth. He hit Nomar Garciaparra to put the leadoff runner on base for the fourth consecutive inning. After one out, Mike Stanley singled and Varitek doubled. With two outs and the score 11-2, Nixon walked to load the bases. Offerman singled. Bases still loaded. Valentin added three more RBIs to his total with a double to left field. It was now 15-2. Valentin had been hitless in the first two games. He’d driven in three runs in Game Three, including the game-winner, and now in just the first four innings of this game had seven runs batted in.

After Garces walked Robbie Alomar to lead off the fifth, Tim Wakefield became Boston’s third pitcher of the game. He did not fare well. There was a passed ball and a stolen base sandwiched around a base on balls. Wil Cordero singled in one. After that first walk, there were two singles and then another walk. Still no one out, and the bases loaded. Jimy Williams waved in John Wasdin. After a sacrifice fly and yet another walk. Rheal Cormier took over — and he walked the first batter he faced, forcing in a run and loading the bases again, but then he struck out Omar Vizquel and Robbie Alomar and the threat was over, but Cleveland had scored four to make it 15-6.

For the fifth inning in a row, the first Red Sox batter got on base in the fifth — Garciaparra, with a single. He was forced at second by Troy O’Leary, but then Mike Stanley tripled in O’Leary and Varitek homered. When Darren Lewis was hit by the next pitch, Hargrove had seen enough of Reed and brought in Sean DePaula, who got the next two batters. 18-6.

Neither team scored in the sixth. DePaula actually retired the side 1-2-3. And even though he had retired all five batters he had faced, three by the K, Paul Assenmacher was brought in to pitch to the Red Sox after the seventh-inning stretch. The scoring went into the 20s, when — with two outs, two singles saw runners on first and second. Trot Nixon doubled to left and drove them both in. Offerman singled and Nixon scored. Donnie Sadler doubled, too, but Offerman couldn’t advance past third base so the inning ended with just three runs across but a score of Boston 21, Cleveland 6. It was Nixon’s double, wrote the Boston Globe’s Gordon Edes, that “shattered the record for runs in a postseason game set by the Yankees of Gehrig and DiMaggio in an 18-4 win over the New York Giants in the 1936 World Series.”2

Cormier pitched a scoreless top of the eighth for the Red Sox. Paul Shuey took over for Assenmacher in the bottom of the eighth. He struck out Lou Merloni, but then walked O’Leary. Mike Stanley doubled and then Scott Hatteberg singled in O’Leary. Stanley was actually prevented from scoring — saving a run — when he was caught in a rundown between third and home on a fielder’s choice. Shuey walked Nixon to load the bases, and then walked Offerman, too. It was now 23-6.

Tom Gordon (Boston’s sixth pitcher) pitched a nearly scoreless top of the ninth (there was a solo home run by Cordero), and the Indians didn’t need to resort to a seventh pitcher of their own to try to stem the Red Sox from scoring in the bottom of the ninth. The game was in Boston; the Red Sox had already won — with a 16-run margin that still stood as of 2019 as the biggest blowout in postseason history.

The winning pitcher was Garces, who was gone from the game after four-plus innings but was a reliever so he didn’t have to pitch the requisite five. Colon bore the loss, pitching just the one-plus innings. Cormier was the “star pitcher” of the high-scoring game, working longer (3⅔ innings) than any of the other 11 pitchers, and allowing just one base hit.

The Indians had eight hits in all; the Red Sox had 24. Boston’s 24 hits and 12 extra-base hits were both postseason records, too. The Indians walked five, but Red Sox pitchers actually walked nine. There were no errors by either team. The game lasted 3:49. Cleveland left for home, wrote Edes, “with its pitching staff in a catatonic state.”3

Brian Daubach was something of the goat — 0-for-6 for the Red Sox, with three strikeouts. O’Leary was 0-for-5 but scored two runs. John Valentin’s seven runs batted in led the parade, with both Offerman and Nixon second with five RBIs apiece. Varitek had three. The only Indian with more than one was Cordero, with two. He was the only Indian with more than one hit; he had a 3-for-4 evening. Mike Stanley led the Red Sox with five hits. Valentin and Varitek each had four.

The only inning in which the Red Sox had not scored was the sixth. They never had an inning in which they had been held to just one run. Their line score, by inning, reads: 2 5 3 5 3 0 3 2 x. “The one saving grace for the Indians last night,” wrote Amy Rosewater of the Cleveland Plain Dealer, “was the Red Sox didn’t have a chance to bat in the bottom of the ninth.”4

All by himself, John Valentin had knocked in as many runs as the whole Indians team had.

Columnist Dan Shaughnessy noted, “Nineteen NFL teams yesterday failed to score as much as the Red Sox did.”5 Mike Hargrove was quoted as saying, “Everything we threw up, they hit, and where it came down, we weren’t standing.”6 Karsay said the same in another way: “I don’t know what happened. We could have put 15 guys on the field and they would have found holes.”7

Afterward, both teams went back to Cleveland for the deciding Game Five. Cleveland catcher Sandy Alomar gamely said after the Fenway shellacking, “It was embarrassing. It was humiliating. But the good part about it is that none of those runs mean anything tomorrow.”8

“Hopefully, they don’t have too many hits left,” said Vizquel. “Boston’s momentum, that’s the only worry we have right now.”9

Game Five was tied, 8-8, after 3½ but Pedro Martinez worked six scoreless innings in relief for the Red Sox, and the Indians’ Shuey (the Game One winner) gave up three runs. In the end, the Red Sox — scoring 35 runs in the final two games — overpowered the Indians to advance to the ALCS. There they faced the New York Yankees. They had a blowout win there, too, winning Game Three, 13-1. But it was the only game they won, and then they went home for the winter.

In addition to the sources cited in the Notes, the author relied on Retorsheet.org for play-by-play and other game information.