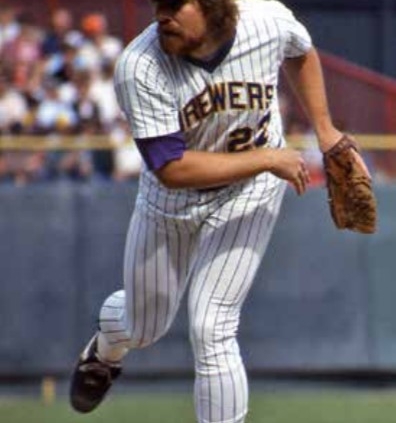 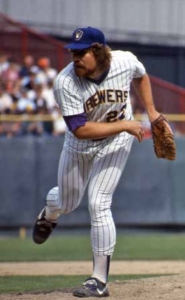 After administering the worst home-team defeat ever in a World Series opener,1 the Brewers began Game Two against the St. Louis Cardinals at Busch Stadium looking for a sweep and a commanding lead to take home to Milwaukee. The Cardinals, who had won the World Series five of the last six times they won Game Two, were hoping for a split.2

The Brewers started future Hall of Famer Don Sutton, who had been obtained at the trading deadline from the Houston Astros and was 4-1 with the Brewers (17-9 overall). He was starting his seventh World Series game. Opposing the 17-year veteran was 25-year-old Cardinals rookie John Stuper, who had a 9-7 record in 21 starts. Both had pitched in League Championship Series victories, Sutton earning the win over the California Angels in ALCS Game Three and Stupor getting a no-decision in NLCS Game Two against Atlanta.

The Brewers struck first, scoring a run on Charlie Moore’s two-out double in the second. They added two more runs in the third, highlighted by a solo home run by former Cardinal Ted Simmons, who had been obtained in a blockbuster December 1980 trade.5 It was his second homer of the Series and the natives started to get restless, booing at 8:11 P.M. when Ben Oglivie singled. (Coincidentally, at the same time the message board had a Red Cross ad regarding first-aid instructions.6) It was starting to look like a repeat of the previous night’s shelling, the Brewers up 3-0 and the Cardinals scoreless through 11 innings. As the Cardinals’ catcher, Darrell Porter, exclaimed, “At first, I thought we were going to die. It felt like we were losing a little momentum on the bench.”7

The Redbirds finally got on the board in the third after Willie McGee reached on a fielder’s choice. Playing Cardinal baseball, he then stole second base and scored on Tommy Herr’s two-out double. They added another run on Ken Oberkfell’s single to right driving in Herr, and it was 3-2, Brewers.

The visitors were retired in the top of the sixth inning without a baserunner for the only time in the game. That would not be the case for the home team, which tied the game in the bottom of the inning. After Herr struck out, Oberkfell singled and stole second base. Sutton then walked cleanup hitter George Hendrick on four straight balls after getting out in front with two strikes.

Next up was former Brewer Darrell Porter whom the Brewers had traded to Kansas City in December 1976. Porter played well for Cardinals manager Whitey Herzog when they were together with the Royals and St. Louis signed him as a free agent to replace Simmons. The NLCS MVP already grounded out twice on sliders. When Sutton hung another slider, Porter doubled to left field, driving in both runners and tying the game, 4-4.

Sutton later said he had made a mistake, getting the ball up, and Porter agreed, saying, “I know Sutton has great control and that he can hit the corners on you. That may be the first ball I hit down the line in left field in three years.”8 Sutton acknowledged Porter’s at-bat while returning to the dugout after the inning, telling him, “Nice piece of hitting.”9

The Brewers threatened in the seventh with Cooper’s two-out double bringing in St. Louis’s closer extraordinaire, Bruce Sutter. Because Simmons had caught Sutter and was familiar with his split-finger fastball, the Cardinals played it safe and gave him an intentional walk. Sutter said later, “It was pretty much my decision to walk Simmons. Simmons got me twice with home runs when I was with the Cubs and he was with the Cardinals, so it was an easy decision. It was only logical to pitch to somebody who didn’t know me.”10 The move worked as Oglivie grounded out, ending the inning. With Sutton tiring, Bob McClure relieved to start the seventh inning and held the Cardinals scoreless.

Remaining in the game to start the eighth, McClure walked the first batter, Keith Hernandez. The game began to unravel when McClure failed to cover first base on Hendrick’s double-play grounder to first. Hendrick was safe and he advanced to second on Porter’s single. With Cardinals at first and second, Brewers manager Harvey Kuenn brought in his temporary closer, rookie Pete Ladd, who had two big saves in the ALCS. (Regular Brewers closer Rollie Fingers, the reigning AL MVP and Cy Young Award winner, had not pitched since September 2 after suffering a torn muscle in his right forearm. Although on the active World Series roster, Fingers was unable to pitch in Game Two after throwing batting practice the previous day because of stiffness caused by inactivity.11)

With the uncertainty surrounding Fingers’ availability and effectiveness as well as a rookie closer, the pundits gave St. Louis the edge with the better bullpen. Would that be the difference? Yes. The first batter Ladd faced, outfielder Lonnie Smith, worked the count to 3-and-2. He thought his sixth pitch hit the outside corner for strike three and many of the 53,723 in Busch Stadium, Kuenn, and even Smith agreed as he headed back to the dugout.12 But home-plate umpire Bill Haller called it a ball, and the bases were loaded. The call got to Ladd, who said later, “It rattled me. It shouldn’t have. I saw Smith heading back to the dugout on that pitch.”13

Up stepped pinch-hitter Steve Braun, an 11-year veteran used mostly for pinch-hitting with only 17 hits and 4 RBIs in 58 games that season, and playing in his first World Series. “My thought as I came out of the dugout was, ‘Hell, I’m in the World Series,’” Braun said. “And then I was thinking how my family was there and I had to get that run in somehow.”14 Ladd walked Braun on four pitches, none close to the strike zone, and the lead run scored. Braun commented, “I’ll take the walk.”15 Ladd commented, “I guess I tried to go a little beyond myself on the next hitter.”16 It was the Cardinals’ first lead, in the game and the Series.

With his team trailing for the first time in the Series, the Brewers ignitor, Molitor, led off the ninth and reached on a bunt down the first-base line. Kuenn called for a hit-and-run to get him into scoring position but Yount, a good low-ball hitter, swung and missed at a high pitch and Molitor was caught stealing on a perfect throw by Porter. Said Molitor, “I didn’t get a real good jump and the pitch he threw Robin was not a good pitch to hit. It was the only high pitch he threw.”17

The play was criticized by many but Detroit Tigers manager Sparky Anderson, working on the national radio broadcast, said, “That’s the greatest move [by a manager] so far in the Series, and I don’t think there’ll be a greater one for the rest of the Series. If Yount gets a pitch he can handle better and puts the ball into right field, Harvey has men at first and third, none out and the ball game is his.”18 That was their last chance and the Cardinals held on, winning 5-4, after Sutter got Yount on a groundball to shortstop and Cooper on a flyball to center. In the battle of the bullpens, the better pen made the difference.

The World Series was tied, each team with one victory and heading to Milwaukee. Asked about splitting the two games, manager Kuenn said, “Of course, we would have liked to have won two, but I’m not worried. We’ll just go home and take them one at a time there.”19 Cecil Cooper was asked if the loss was the end of the world and the first baseman, replied, “Oh no. It’s just the beginning. This gives our fans a chance to see us three more times.”20

5 In their biggest trade ever, as of 2019, the Brewers on December 12, 1980, acquired closer Rollie Fingers, starter Pete Vuckovich (both won Cy Young Awards with the Brewers), and catcher Ted Simmons for outfielder Sixto Lezcano, pitcher Lary Sorenson, and minor leaguers David Green and Dave LaPoint, who had part-time roles in St. Louis in 1982.

20 Flaherty, “Cards Walk On by the Brewers.”