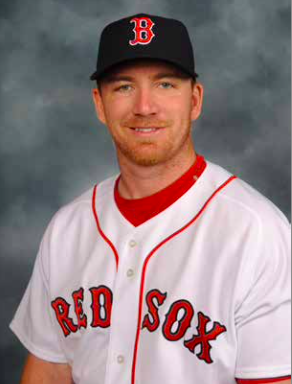 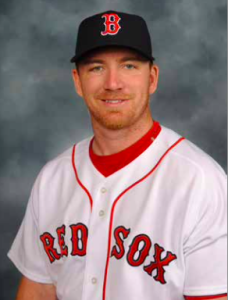 After a scoreless American League Championship Series opener, the Tampa Bay offense exploded for a total of 31 runs to lead the Rays to victories in each of the next three games and put the franchise on the precipice of its first World Series appearance. With a 7-0 lead heading into the bottom of the seventh, a deficit so deep that only one team had overcome it in postseason history,1 Tampa looked primed to advance.

The pitching matchup featured two of the wilder pitchers in the American League.

Daisuke Matsuzaka (5.0 walks per nine innings) had hurled seven innings of four-hit ball in Game One and had an extra day of rest going into Game Five. After allowing a single to countryman Akinori Iwamura, Matsuzaka faced the scalding-hot B.J. Upton, who had homered three times in the first four games. Upton went deep again, and the Rays had a 2-0 lead two batters into Game Five.

Matsuzaka retired the next three batters in order. Game Two starter Scott Kazmir (4.1 walks per nine), a controversial selection to pitch,2 took the mound for Tampa Bay and worked around two walks in the bottom of the frame to preserve the lead.

Matsuzaka walked Gabe Gross with two outs in the top of the second. Gross stole second but failed to score. Kazmir again put two on in the bottom of the inning, this time via a single and a hit batter, but again stranded both runners.

The top of the order of the Rays struck again in the third. With one out, Upton singled. Carlos Peña, who attended Northeastern University about a half-mile from Fenway Park, homered to put Tampa up 4-0. Evan Longoria did the same, and the Rays held a seemingly commanding 5-0 lead. Boston had scored just five runs over its last 18 innings.

Matsuzaka got the next five batters in order. Kazmir’s effective wildness continued. He gave up a single in the third and a walk and a wild pitch in the fourth, but the Red Sox still could not score.

Boston manager Terry Francona would not let Matsuzaka face Upton again after he walked Iwamura to start the fifth. Instead, Francona brought in lefty specialist Hideki Okajima, who had pitched two innings in a game only three times in the regular season before doing so in Game Two. Okajima proceeded to match that feat with two scoreless frames.3After fanning Upton, Okajima gave up an infield hit to Peña. Iwamura stole third, putting runners on the corners with one out. The Rays had the ideal batter at the plate, but the right-handed cleanup hitter Longoria struck out against the southpaw. Carl Crawford grounded out, and Okajima kept the score at 5-0.

Both pitchers cruised into the seventh, when Boston native Manny Delcarmen relieved Okajima and immediately put his hometown team into a deeper hole. Delcarmen walked Jason Bartlett, the light-hitting shortstop who batted last for the Rays, and compounded his sin by passing Iwamura as well. With the season fast slipping away and the terrifying Upton due, Francona brought in his closer. Undoubtedly unaccustomed to coming into a game in such a predicament, Jonathan Papelbon seemed to close out the hopes of the Red Sox. With Upton at the plate, the Tampa runners pulled a double steal. Upton promptly doubled them both home, and the Rays went up 7-0. Papelbon intentionally passed Peña to get the platoon advantage and set up the double play. Longoria complied, Crawford grounded out, too, but Boston faced a deep 7-0 deficit going into the bottom of the seventh.

Joe Maddon, the Rays’ manager, removed Kazmir after he had thrown 111 pitches over six innings. Grant Balfour gave up a double to Jed Lowrie, the inning’s first batter, but he remained at second with two outs. Boston Globe columnist Dan Shaughnessy wrote that at this point in the game the local nine “appeared to be rolling over like obedient canines.”5Then Coco Crisp singled Lowrie to third, bringing Dustin Pedroia to the plate.

After the end of the season, Pedroia would win the AL Most Valuable Player Award for his regular-season performance. He delivered in the postseason clutch here, too, with a single that got the Red Sox on the scoreboard and brought up David Ortiz.

According to the sagacious Thomas Boswell of the Washington Post, “the situation called for a left-hander with power stuff, especially a tough curveball to overpower Ortiz. … In other words, it called for [J.P.] Howell, who in fact did face Ortiz later in the game and struck him out easily.”6

In a plate appearance that typified his glorious postseason career, Ortiz delivered “a dramatic, majestic three-run homer”7 that got Boston within three runs at 7-4. Dan Wheeler replaced Balfour and retired Kevin Youkilis to end a seventh inning that saw both teams combine to score six runs.

Papelbon set Tampa Bay down in order in the eighth before Wheeler returned to the mound. He walked Jason Bay and then gave up a homer to J.D. Drew, a question mark for postseason play because of a herniated disk,8 to shrink the lead to a single run. Wheeler got the next two batters, but “[w]hen Mark Kotsay’s double sailed over B.J. Upton in center field, the Red Sox believed even more. Upton had seemingly caught every ball the Sox hit near center. … Crisp fought through a 10-pitch at-bat and singled to right to drive in Kotsay with the tying run. In the space of 10 batters, the Red Sox had scored seven runs.”9

Papelbon had thrown 38 pitches, a lot for a closer even in an elimination game, so Francona turned to Justin Masterson. Bartlett singled to start the ninth, and Upton walked after an out to put two Rays on base. Masterson had a masterful sinker, and his groundball stuff resulted in a Peña double play to keep the contest tied.

Howell came on for Tampa for the bottom of the ninth. The Rays could have understandably thought about extra innings after Howell got Pedroia on a grounder and struck out Ortiz. But Youkilis got a hit on a groundball to third and went to second on Longoria’s throwing error. Howell walked Bay intentionally. Drew sent the crowd home in a delirium with a single, “a line-drive winner over the head of [right fielder] Gabe Gross, who appeared to be paralyzed by a screamer hit directly over his head[,]”10 to score Youkilis. The defending champions had rallied from a near-death experience and lived to fight another day.

Boston took Game Six but fell in Game Seven. Rays fans would recall Game Five as a meaningless stumble on the franchise’s way to the only World Series in its history (through 2019). Red Sox fans have forgotten about Game Five and instead rue what might have been had not future Red Sox David Price earned the save by striking out J.D. Drew with the bases loaded and two outs in the eighth inning of Game Seven to preserve a 3-1 lead and an ultimate 4-3 ALCS win for the Rays.

1 The 1929 Philadelphia Athletics trailed 8-0 against the Chicago Cubs going into the bottom of the seventh inning of Game Four of the World Series. The A’s scored 10 in the seventh and went on to win the game, 10-8.

2 Michael Vega, “Their Magical Journey Came Out of Nowhere,” Boston Globe, October 17, 2008: E7. Conventional wisdom suggests starting right-handed pitchers at Fenway Park as they will have the platoon advantage against right-handed hitters looking to take advantage of the proximity of the left-field wall. In two career postseason starts prior to this one, Kazmir also had an ERA in excess of 6.50.

3 Okajima would do the same in Game Six. He had an outstanding ACLS, facing 24 batters and retiring 22. Okajima gave up an infield single and a walk while striking out five.