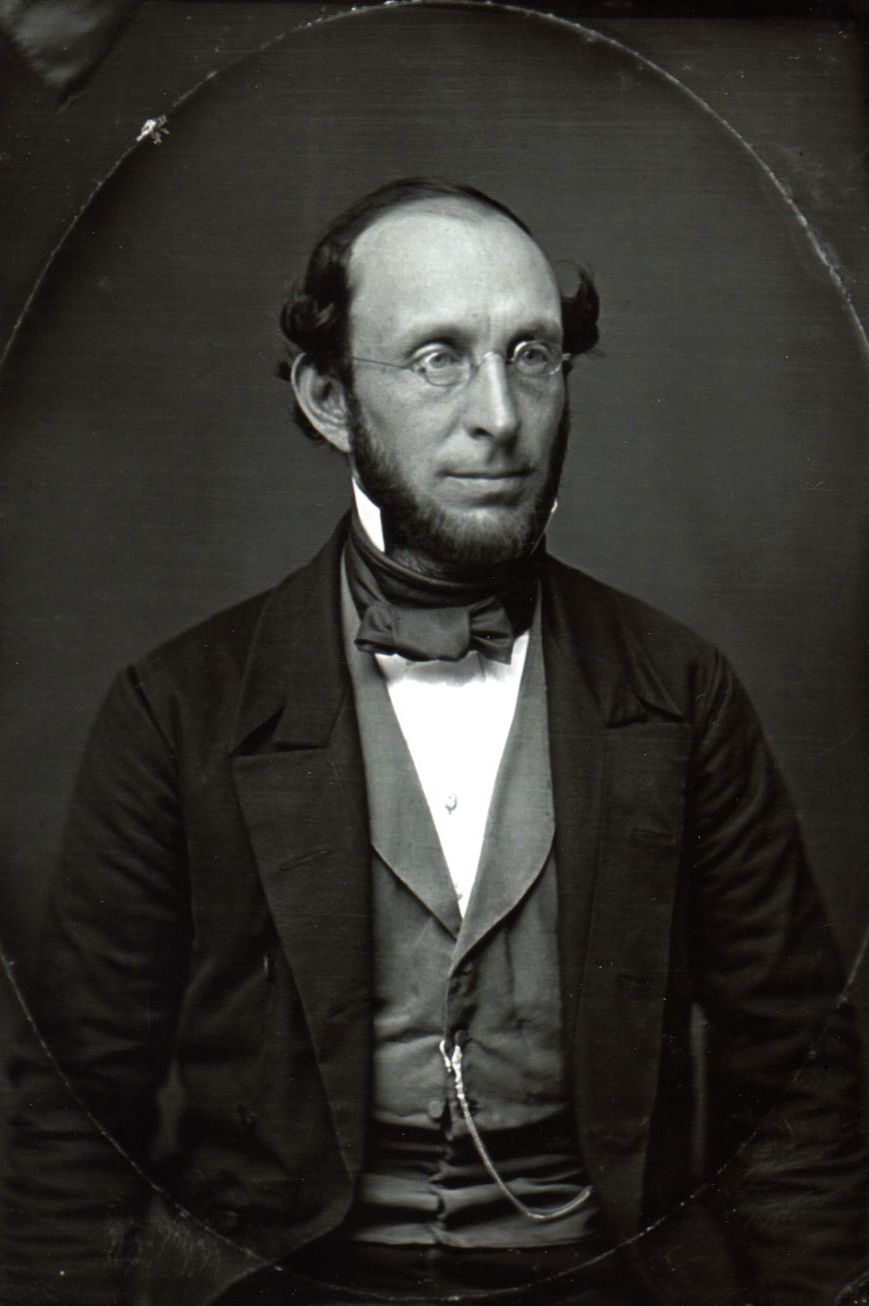 This is a big topic, upon which I have written previously and will again. For the purposes of this book, let’s focus on October 1845.

The Knickerbockers, recently organized under that name after several years’ play at New York’s Madison Square and Murray Hill, played their first recorded game on October 6. Although they commenced formal play in brisk weather, the Knickerbockers managed to squeeze in 14 games before shutting down to await April 1846 and the opening of a new season. The scoring for these contests survives in their Game Book, held by the New York Public Library and, gloriously, readily available to researchers.

In the first intrasquad game, seven Knickerbockers won by a count of 11–8 over seven of their fellows in three innings. The rules calling for the victor to accumulate 21 runs over as many innings as that might take was, clearly, observed in the breach. Not for a dozen additional years would the rules of baseball require a set number of innings or players to the side, and these were at first settled upon as seven, not nine!

The umpire of this practice game was William Rufus Wheaton, who by his own account had reduced the rules of the Gotham Base Ball Club to writing in 1837. A skilled cricket player, Wheaton came to prefer baseball in the 1830s; his Gothams also went by the name Washingtons, signifying either their primacy among baseball clubs or their possible origin among the butchers and produce vendors of the Washington Market. As the years went by, the Gothams spawned offshoots, including both the New Yorks and the Knickerbockers. In 1887 Wheaton told a reporter for the San Francisco Examiner, for a piece titled “How Baseball Began: A Member of the Gotham Club of Fifty Years Ago Tells About It”:

The new game quickly became very popular with New Yorkers, and the numbers of the club soon swelled beyond the fastidious notions of some of us, and we decided to withdraw and found a new organization, which we called the Knickerbocker. For a playground we chose the Elysian fields of Hoboken, just across the Hudson river. ... We played no exhibition or match games [emphasis mine], but often our families would come over and look on with much enjoyment. Then we used to have dinner in the middle of the day, and twice a week we would spend the whole afternoon in ball play.

William H. Tucker, who in some unknown measure assisted Wheaton in laying down the Knickerbocker rules, played in ten of the 14 contests, including the one on October 6, in which he scored three of the losing squad’s eight runs. Like Wheaton and other Knickerbockers, he had been a player with the New York Ball Club and maintained a tie to them, indeed playing in two formal matches of the New Yorks with the Brooklyn Club on October 21 and 24 of 1845, a month after he had helped to form the Knicks. In his 1998 history of American cricket, Tom Melville pointed to an even earlier contest between these two clubs, on October 11 (actually October 10), reported in the New York Morning News. Research more than a decade later has revealed a somewhat fuller account in the obscure and short-lived newspaper the True Sun:

The Base Ball match between eight Brooklyn players, and eight players of New York, came off on Friday on the grounds of the Union Star Cricket Club. The Yorkers were singularly unfortunate in scoring but one run in their three innings. Brooklyn scored 22 and of course came off winners.

Wheaton also umpired the game of October 24, 1845, between New York and Brooklyn, and played in the game of November 10 to mark the second anniversary of the New York Club, which, like the recently discovered Magnolia Ball Club, had commenced play at Hoboken’s Elysian Fields in 1843 — two years before the Knickerbockers.

Many of the early New York baseballists had cut their teeth on cricket, and this was true of the Brooklyn players as well. In the game of October 21, conducted at the Elysian Fields, the Brooklyn Club (possibly not the same men who had played in the game of October 10, as no box score survives) were originally reported to be the victors once again, but this report proved an error. As was reported the next day, the eight players of the New York club won handily, and did so again in the game of October 24, played at the grounds of the Union Star Cricket Club, opposite Sharp’s Hotel in Brooklyn, at the corner of Myrtle and Portland Avenues, near Fort Greene. The scores were, respectively, 24–4 and 37–19. On both these occasions the Brooklyn club included established cricketers John Hines, William Gilmore, John Hardy, William H. Sharp, and Theodore Forman. Their lineup appears to have been identical for the two games, as the Ayers of October 21 and the Meyers of October 24 may be the same individual, while the other seven men match up.

There is more work to be done with all this, certainly, but the NYBBC anniversary match of November 10, 1845, seems to have much in common with the purported “first match game” of June 19, 1846, while the games of October 1845, particularly the latter two, seem to be true match games between differentiated clubs. 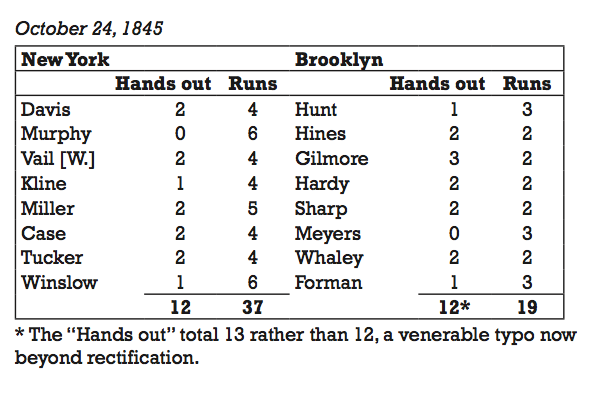