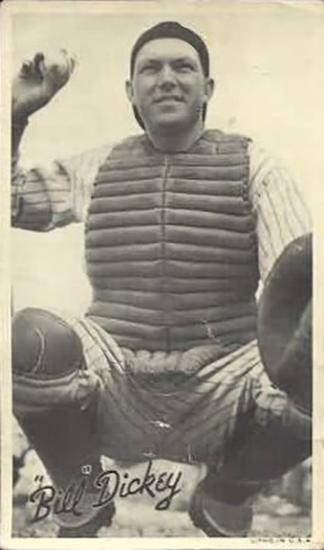 After losing Game One of the 1936 World Series 6-1 to ace pitcher Carl Hubbell and his New York Giants, the Yankees exacted painful retribution in Game Two.

The Yankees, after a 102-51 record in the regular season and in the World Series for the first time since their 1932 championship, were loaded with a collection of historically great talent and solid ballplayers. They were coming off a regular season in which they set a record for home runs by a team (with 182) and won the AL pennant by 19½ games over the Detroit Tigers.

Leading off for the Yankees in the contest at the Giants’ home ballpark, the Polo Grounds, was Frankie Crosetti, a player Hall of Famer Rogers Hornsby called “the sparkplug of the Yankees’ success.”1 Batting second was left-handed-hitting third baseman Red Rolfe. Batting third was wunderkind 21-year-old Joe DiMaggio. DiMaggio had made a splash in his rookie year as he tied teammate Rolfe and Cleveland Indians center fielder Earl Averill for the AL lead with 15 triples. In the cleanup spot was Lou Gehrig, coming off an MVP season in which he led the league in home runs, walks, on-base percentage, slugging, and OPS. Batting fifth was catcher Bill Dickey. George Selkirk, who had taken the number and position of Babe Ruth, batted sixth. Outfielder Jake Powell, a midseason acquisition from Washington, batted seventh. Second baseman Tony Lazzeri batted eighth. The pitcher was southpaw Lefty Gomez, who had a 13-7 pitching log for the season. With no substitutions in the game, these nine men finished the game.

The Giants entered the Series having posted a record of 92-62 and finishing five games up on the Chicago Cubs and the St. Louis Cardinals. Leading off for the Giants in Game Two was left fielder Jo-Jo Moore. Following him was shortstop Dick Bartell. Manager-first baseman Bill Terry batted third. Center fielder Hank Leiber batted fourth and was followed by power-hitting right fielder Mel Ott. Catcher Gus Mancuso batted sixth, and was followed in the batting order by second baseman Burgess Whitehead, and third baseman Travis Jackson. The pitcher was Hal Schumacher (11-13).

While blessed with a dominating fastball, Gomez was not especially sharp in this game because of excruciating pain in his side brought on by an attack of appendicitis, which, he lamented, was “the reason I didn’t have any control.”2 Still, he went the distance in the Yankees’ 18-4 blowout, giving up six hits and four runs, walking seven, and striking out eight. Schumacher and four relievers gave up 17 hits and 18 runs (17 earned), and walked nine. Gomez’s frank response to winning the game was “Hell, anybody could have won with 18 runs, I don’t deserve the credit.”3

The Yankees took a 2-0 lead in the top of the first inning. Crosetti singled, Rolfe walked, and DiMaggio beat out a bunt. Crosetti scored from third and Rolfe went to third on Gehrig’s fly ball to right field. Dickey’s fly to center scored Rolfe. The Giants got a run in the bottom of the second. Gomez walked Mancuso and Schumacher, then Mancuso scored on a wild pitch.

Giants pitcher Schumacher was not long for the game. Leading off, Crosetti, Rolfe, and DiMaggio reached on a single, walk, and infield error respectively. Giants pitcher Al Smith replaced Schumacher, Gehrig lined a two-run single to right and Dickey’s single scored another run. Smith walked Powell, loading the bases again, and was replaced by Dick Coffman. Tony Lazzeri, the first batter Coffman faced, hit a grand slam over the short right-field fence to make the score 9-1. It was only the second grand slam in World Series history. After the game Lazzeri commented on his home run, “It was a fast ball, right in the slot.”4 He received a congratulatory telegram from Elmer Smith, who hit the first World Series grand slam, in 1920 for the Cleveland Indians. It read, “Congratulations, I know how you feel.”5

The score remained 9-1 until the bottom of the fourth inning, when the Giants scored three runs. Singles by Mancuso, Jackson, and Kiddo Davis, batting for Smith, loaded the bases. A walk to Bartell scored Mancuso and Terry’s single to left field scored Jackson and Davis. The three runs were the Giants’ last of the game.

The Yankees, on the other hand, were far from finished. DiMaggio drove in a run with a fly ball in the sixth inning. In the seventh the Yankees added two more runs on Lazzeri’s fly ball and Gomez’s grounder. The last six runs of the game came in the top of the ninth inning. A leadoff walk to Powell, who stole second, four singles (Gomez, Crosetti, Rolfe, and DiMaggio), and Bill Dickey’s three-run home run put the game on ice as the Yankees went ahead 18-4. Gomez pitched a scoreless ninth inning as the Yankees evened the Series at a game apiece.

The 18 runs scored by the Yankees remain as of 2019 the most runs scored in a World Series game.

All nine bats in the Yankees lineup that day registered at least one hit and scored at least one run, spurring sportswriter Grantland Rice to comment, “Even Lefty Gomez singled and scored to prove beyond any rebuttal the utter deficiency of the Giants pitching staff with Carl Hubbell on the bench.”6 Lazzeri and Dickey led with a Series-record five RBIs apiece. Crosetti and DiMaggio each had three hits. The Giants bats, meanwhile, were calm. Bill Terry went 2-for-5 with two RBIs. Future Hall of Famers Mel Ott and Travis Jackson combined to go 1-for-8 with no RBIs.

Sportswriters had a field day with the lopsided score and were at their hyperbolic best in their descriptions of the game. One sportswriter called it “a sandlot ball game that needed nothing so much as a keg of beer near each base. …”7Another suggested that “the Yanks did everything but balance the budget and if they had been asked, nothing could have stopped them from doing that.”8 A third wryly commented, “[T]he Giants, winners of the first contest, passed a horrible afternoon ducking base hits and writing their wills. No one was killed, but life insurance sales fell to a new low.”9

After the game, Giants player-manager Terry remained hopeful. “[T]he Yankees took it on the chin and came back. Hope we can do the same,” he said.10 In spite of their best efforts, the Giants could not. In their first World Series without Babe Ruth, the Yankees went on to win three of the next four games and took the Series in six games. It was the first of four consecutive World Series championships (1936, 1937, 1938, and 1939) for the Yankees.

In addition to the sources cited in the Notes, information was gathered from Baseball Almanac.com, Baseball-Reference.com, Retrosheet.org, and SABR.org as well as from the New York Daily News, Hartford Courant, and The Hackensack (New Jersey) Record.