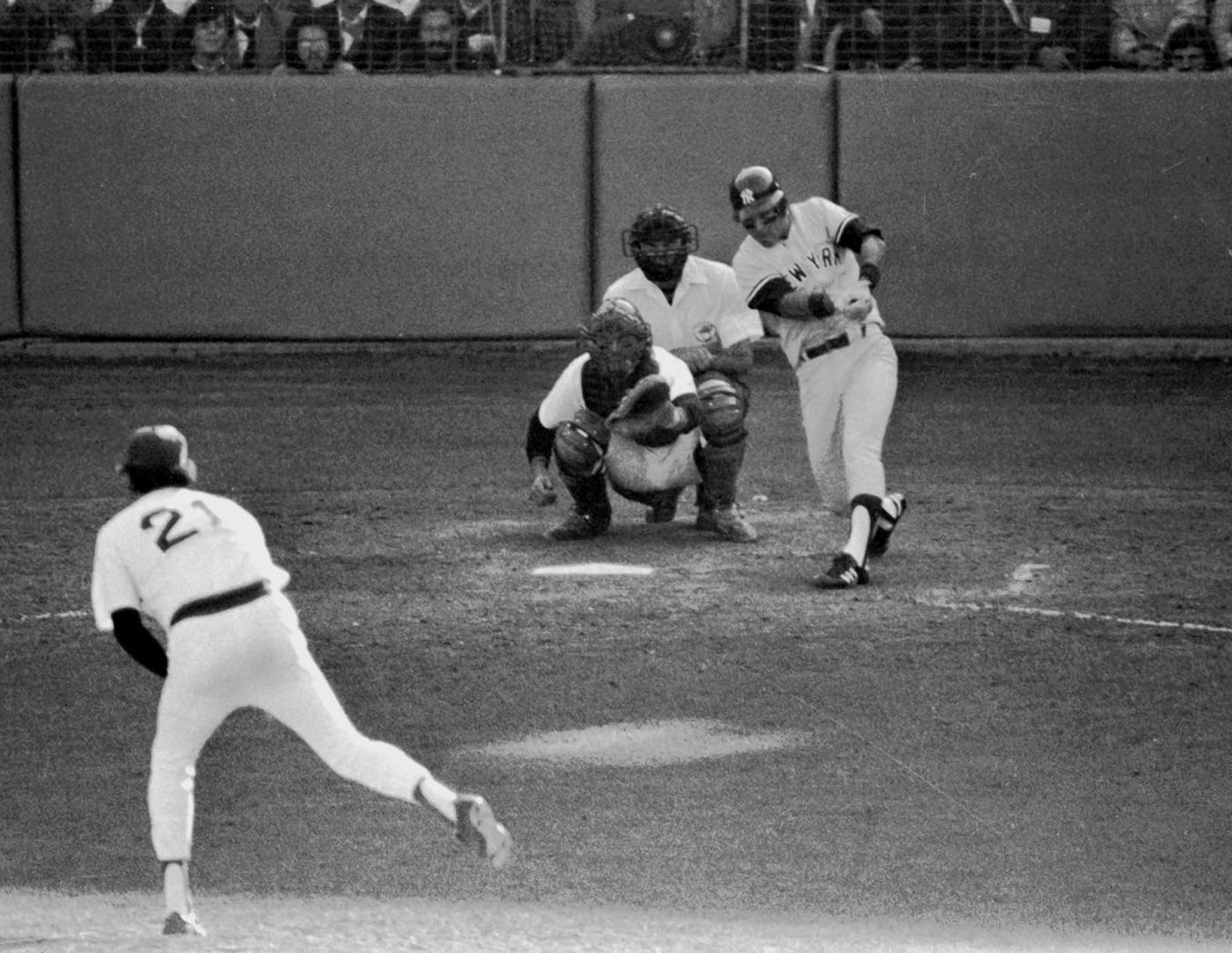 Baseball purists long for the days when baseball games, either regular-season or the World Series, were played under afternoon skies. Before the lure of television money and advertising dollars, baseball was an afternoon game. One with its one pace, no time clock, and moving with the ease of the summer breeze. But owners saw the revenue potential of playing home games, “under the lights.”

With the addition of an extra layer of playoffs and the need to televise every postseason game, one will see a handful of games being played in the afternoon. Many may still argue that it is not enough. For it’s one of the simple pleasures of playoff baseball, watching the action in the crisp, cool fall air.

There probably is not another region in the United States that better displays nature’s beauty in autumn than the New England states. The foliage is breathtaking and the scenery is magnificent with the yellow, orange, red, and brown leaves as windbreakers make a return appearance from the hall closet.

It was within this setting that the New York Yankees traveled to Fenway Park to face their arch-rival Boston Red Sox in a chips-to-the-middle-of- the-table, winner-take-all ballgame. Both teams ended the season with a 99-63 record. New York took the season series, winning nine of 16 games.

Boston led the third-place Yankees by 11½ games at the All-Star break and looked to be searching for the “cruise control” switch to coast to a division title. With one month to go in the season, Boston still led the Yankees by 6½ games. The Yankees went head-to-head with Boston seven times in September. The Bronx Bombers took six of seven and pulled ahead of the Bosox by 2½ games on September 17.

But Boston had a resurgence, posting a 12-2 record to close the season. Heading into the season’s final game, the Yankees held a one-game advantage. But Cleveland defeated New York, 9-2, while Boston topped Toronto, 5-0. The result was a one-game playoff at Fenway Park. There had only been one other tiebreaker playoff game in American League history. That game, too, was staged at Fenway Park, 30 years earlier on October 4, 1948. Cleveland beat the Red Sox, 8-3, to claim the AL flag.

The pitching matchup featured that season’s Cy Young Award winner in the AL, Ron Guidry. “Louisiana Lightning,” as he was called because of his roots in the Bayou State, was 24-3 with a 1.72 ERA. He had started three games against Boston in 1978, going 2-0. Even though Guidry was tabbed with only three days’ rest, he declared that he was ready to go.

Red Sox manager Don Zimmer sent Mike Torrez (16-12, 3.92 ERA) to the hill. Torrez signed as a free agent with Boston after pitching half of the year with New York in 1977. He proved to be a valuable asset for the Yankees. He posted two complete-game victories in the ’77 World Series as the Yankees won their first world championship since 1962.

Boston broke on top in the bottom of the second inning when Carl Yastrzemski homered to right field off Guidry for a 1-0 lead. The Red Sox did not cash in on an opportunity to increase their lead in the third inning. George Scott doubled to center field. He moved to third base on a sacrifice bunt by Jack Brohamer. But Guidry settled down to retire Rick Burleson and Jerry Remy and escaped the inning unscathed.

Other than Mickey Rivers, Torrez was having little trouble with his old teammates. Rivers walked in the first inning and stole second. But he was left stranded. In the top of the third inning, Rivers smacked a two-out double to right field, but again did not score.

In the bottom of the sixth, Boston increased its lead to 2-0. Burleson led off with a double to right field. Remy laid down a bunt to third base and Burleson took third. He scored when Jim Rice singled to center field.

The Yankees mounted their comeback in the top of the seventh inning. With one away, Chris Chambliss singled to center field. Roy White followed suit with another base hit to center. Yankee manager Bob Lemon sent the left-handed Jim Spencer to pinch-hit for Brian Doyle. Spencer flied out to left field. Bucky Dent came to the plate and sent a Torrez pitch high over the Green Monster to give the visitors a 3-2 lead. The partisan crowd of 32,925 at Fenway fell silent as Dent made the grand tour around the bags. For Dent, the number-nine hitter in the Yankees lineup, it was his fifth home run of the year.

New York owner George Steinbrenner was watching the game from the box seats by the Yankees’ third-base dugout with the club president, Al Rosen. “Al called Bucky’s home run just before he hit it,” the Boss said. “ ‘He’s gonna hit one out,’ and sure enough he did. It couldn’t happen to a finer young man.”1

However, the Yankees were not done. Rivers walked for the second time in the game. Zimmer pulled Torrez from the game and Bob Stanley replaced him. Rivers stole his 25th base of the season, and scored when Thurman Munson doubled to center field.

Zimmer went to his pen again and brought in Andy Hassler, a southpaw, to face, Reggie Jackson. “Mr. October” once again showed all that the moniker was well deserved when he blasted his 27th home run of the year to right field. The Yankees’ lead was now stretched to 5-2.

Guidry gave way to Goose Gossage in the bottom of the seventh inning. Goose was still on the mound in the eighth when the Bosox mounted a comeback of their own. Remy led off the frame with a double to right. After Rice flied out, Remy scored when Yastrzemski singled to center field. Carlton Fisk followed with another single to center and Yaz moved up to second base. He scored one batter later when Fred Lynn singled to left field. Lynn’s RBI cut the Yankees’ lead to one, 5-4, headed to the ninth inning.

The Yankees were unable to add another run as the action moved to the bottom of the inning. With one out, Burleson walked and Remy singled to right field. Burleson took second on the base hit. He moved to third when Rice flied out to right field. But it was there where Burleson would stay. He was unable to close the final 90 feet needed for a tally when Yastrzemski popped out to Yankees third baseman Graig Nettles in foul ground. It was Gossage’s 27th save of the year.

The New York Yankees were the champs of the AL East Division.

“Well, I’ll tell you, I was dreaming, dreaming about something like that,” Dent said. “There’s no way you can feel tired now. This is all we’ve been playing for, the playoffs.”2

“This is the worst feeling I’ve had as a professional,” Remy said. “We have nothing to be ashamed of. The Yankees have a great club and we fought back and took them to the final out in the bottom of the final inning.”3

“It just wasn’t meant to be, that’s all,” Yastrzemski said. “But I’ll tell you something. Yaz is gonna be on a world champion before he retires from this club. There’s just too much talent on this club not to win it.”4

The Yankees went on to defeat the Kansas City Royals in four games in the ALCS. Similarly, they defeated the Los Angeles Dodgers in the World Series in six games. For the Bombers, it was their 22nd world championship.

For Yastrzemski, his proclamation did not come true. He retired after the 1983 season. The Red Sox did not return to the postseason until three years later, in 1986.

The author accessed Baseball-Reference.com (baseball-reference.com/boxes/BOS/BOS197810020.shtml) for box scores/play-by-play information and other data, as well as Retrosheet (retrosheet.org/boxesetc/1978/B10020BOS1978.htm).