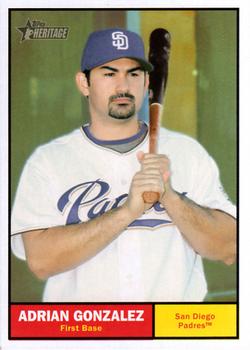 “Cinderella came up a game short” was the lead sentence in the San Diego Union-Tribune’s game recap of the Padres’ season-ending game, played on October 3, 2010.1

At the start of the season both the San Francisco Giants and San Diego Padres were not considered to be 2010 National League pennant contenders. Sports Illustrated’s annual baseball issue predicted the Padres would claim the National League’s West Division cellar by a large margin.2 SI had this to say: “The Padres, who will be closely watched only because the baseball world is waiting for them to trade slugging first baseman Adrian Gonzalez, have no such problems with imbalance. They’re equally poor on the mound and at the plate.” Largely because of their pitching staff, the Giants fared better in SI’s analysis and were predicted to wind up in third place.

As the season entered October it was clear that the predictions were far off: The Giants and Padres were locked in a battle for the division championship. Most surprisingly, the Padres had been in first place for most of the season. However, a 10-game losing streak from late August into early September allowed the Giants to get close. From September 15 until September 26 the Padres and Giants traded the division lead back and forth, with neither team more than a half-game ahead. Then, from September 26 to 30, the Padres lost four of five while the Giants were hot, winning four of four, and opened a three-game lead on the Padres.

Entering the season’s last weekend at the start of play on Friday, October 1, there were three teams competing for the two playoff spots:

Each team had a three-game series to finish the season: The Padres were in San Francisco to meet the Giants head-on, while the Braves, second in the NL East, were at home to play the Phillies.

The Saturday games replicated Friday’s results, as the Padres won, 4-2, and the Braves lost, 7-0. With the last game of the season on October 3, the three teams were one game apart:

For the deciding October 3 game between the Padres and the Giants, the starting pitchers were Mat Latos and Jonathan Sanchez respectively. Latos at age 22 and in his first full season, was having a good year with a record of 14-9 and an ERA of 2.92. However, he was coming into this game with four straight losses and his ERA had shot up from 2.21 to 2.92. Sanchez, who a year earlier had pitched a no-hitter against the Padres, came in with a record of 12-9 and an ERA of 3.15.3

Played before an afternoon crowd of 42,822,4 the game was scoreless going into the third inning. The Padres had left runners in scoring position in the first and second innings and the Giants did the same in its first inning. In the top of the third the Padres staged a rally with Chris Denorfia leading off with a single. Two groundouts left him at third base with two outs and cleanup hitter Adrian Gonzalez at bat. The Giants intentionally walked Gonzalez5 to bring up right fielder Ryan Ludwick. Traded from the St. Louis Cardinals at the end of the trade deadline6 to give some slugging support to the team, Ludwick struck out swinging, stranding the runners at first and third.

In the bottom of the third, with one out, Giants pitcher Sanchez stunned the Padres, hitting a triple to deep right-center field. Sanchez was a .125 hitter at the time and that was his eighth hit of the season. Latos struck out the next batter for a second out but Giants second baseman Freddy Sanchez singled, driving in pitcher Sanchez, and the Giants took the lead, 1-0. Aubrey Huff followed with a double that scored Freddy Sanchez from first base. Catcher Buster Posey grounded out to close out the inning with the Giants leading, 2-0.

In the top of the sixth inning, the Padres attempted another rally. Gonzalez singled to lead off and Ludwick walked. With runners on first and second, Giants manager Bruce Bochy brought in pitcher Santiago Casilla to face the next batter, Yorvit Torrealba. As a late-inning reliever for the Giants, this was appearance number 52 for Casilla in 2010 and he entered the game with a 2.01 ERA. After a first-pitch strike, Casilla got what he wanted when Torrealba grounded into a double play with runners forced out at third and second. The potential rally ended as the Padres’ next batter, Scott Hairston, grounded into a force play and the Giants remained ahead, 2-0.

The Giants were stranding runners, too. In the bottom of the sixth, two-out singles by Pat Burrell and Juan Uribe placed runners at first and second, but Jose Guillen grounded into an inning-ending force out.

The Padres were at it again in the seventh when two batters reached base after two were out. Denorfia got his third hit of the game and David Eckstein reached on an error by pitcher Casilla. With the Padres’ Miguel Tejada on deck to bat, Giants manager Bochy brought in Ramon Ramirez. With the Giants for slightly more than two months, Ramirez had proved to be an outstanding addition as he posted a 0.68 ERA for the Giants over his 24 relief appearances.7 Tejada, a former American League MVP, was another late-July acquisition for the Padres in an attempt to bolster the team’s offense.8 In his 58 games with the Padres, he had done just that with eight home runs and 32 RBIs. However, Ramirez had the advantage this time as Tejada struck out swinging on a 3-and-2 pitch. Another opportunity lost by the Padres as they went into the bottom of the seventh still down 2-0.

The Padres went down quietly in the ninth, without a batter reaching base. The Giants’ closer, Brian Wilson, handled the ninth inning, striking out Will Venable to end the game, pick up his save number 48,9 and give the Giants the West Division championship.

In Atlanta the Braves defeated the Phillies 8-7 and won the wild-card race. The final records of the three teams after this last day of the season were:

The next day’s headline in San Diego captured in words the Padres’ season: “Padres Run Out of Surprises, San Diego Falls One Game Short of the Playoffs With Loss to the Giants, But the ‘Little Team That Could’ Surpasses All Expectations.”10

Despite not reaching the playoffs, the 2010 team had achieved the franchise’s fourth season with 90 or more wins.

3 Sanchez pitched a no-hitter against the Padres on July 10, 2009, allowing no walks and striking out 11 in an 8-0 win in San Francisco. In his 137 career starts it was his only complete game.

4 This was a standing-room crowd as seating capacity was 41,915.

5 This was Gonzalez’s 35th intentional walk for the season, placing him second behind the major-league leader, Albert Pujols (St. Louis Cardinals), who finished with 38.

7 Ramirez was acquired on July 31 from the Boston Red Sox for a minor leaguer, Daniel Turpen.

8 Tejada was acquired from the Baltimore Orioles on July 29 for minor leaguer Wynn Pelzer.

9 This save made Wilson the major-league leader in saves and placed him ahead of the Padres’ Heath Bell, who had 47 saves.