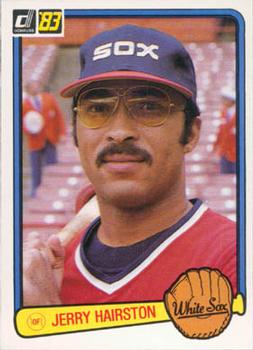 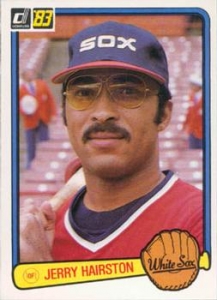 On October 3, the White Sox beat the Minnesota Twins 5-4 to raise their record to 53-52. They wanted to win their final game of the season, the next day, in order to finish with a winning record for the first time since 1977.

The Minnesota Twins had won just 17 games before the strike. They had improved their play after the strike, and their second-half record was 24-28 entering this last day of the season.

Chicago sent Richard Dotson to the mound. He had a 9-8 record and had lost his last outing, 5-1 to the California Angels. The Minnesota starter was Albert Williams. He had lost his previous two starts and his record was 6-10. He was hoping to finish a disappointing year on a positive note.

The White Sox jumped out to the lead in the bottom of the first inning. Leo Sutherland singled, stole second base and ended up on third on a wild pitch. He came home when Jerry Hairston hit a sacrifice fly to center field.

Dotson maintained a shutout through the first four innings, allowing the Twins just three hits, two doubles by Kent Hrbek and another by Tim Corcoran. Meanwhile, the White Sox continued to score runs and build their lead. Jay Loviglio led off the third with a walk and moved to second on a sacrifice. He moved to third on Tony Bernazard’s grounder to first and scored the White Sox’ second run when Hairston hit a sharp groundball to the second baseman, Rob Wilfong, who couldn’t handle the ball.

The White Sox continued to hit Williams, scoring two more runs in the fourth inning. Carlton Fisk walked to lead off the inning, and went to third when Mike Squires singled to right field. Greg Pryor hit another single, scoring Fisk and moving Squires to third. Loviglio hit a ground ball up the middle. The Twins’ only play was to second and they got a double play. But Squires scored and the White Sox now led 4-0.

Smalley hit a sharp groundball that the shortstop couldn’t handle, leaving runners on first and second. Chuck Baker then tripled and the Twins had tied the game. Hickey hit Hrbek, putting runners on first and third. La Russa pulled Hickey and replaced him with Lynn McGlothen.  Gary Ward grounded out but Baker scored and the Twins had grabbed the lead, 5-4.

Although the Twins had given Williams some offensive help, he continued to struggle. After getting Bernazard to ground out, he walked Hairston and Greg Luzinski in the bottom of the fifth, Wayne Nordhagen doubled to score Hairston and tie the game. Gardner finally replaced Williams with right-hander Don Cooper, who walked Fisk but got the final out by getting Squires to ground into a double play.

The game would not stay tied for long. In the top of the sixth, McGlothen gave up a double to Ron Washington and a single by Sofield to start the inning. La Russa replaced McGlothen with Ed Farmer, who did no better. After Wilfong reached on an error that allowed Washington to score, Engle singled to score another run. Glenn Adams pinch-hit and singled for the third Twins run of the inning. After Farmer struck out Baker for the first out of the inning, he gave up another hit, a single to Hrbek. It was Hrbek’s third hit of the game and it scored Engle. The Twins regained the lead, 9-5.

Harry Caray led the crowd in singing “Take Me Out to the Ball Game” during the seventh-inning stretch. He had started singing for the fans in 1976 after Bill Veeck heard him humming the song in the announcers’ booth. Although Caray resisted, he finally agreed after Veeck told him that he had already taped him singing and would play that instead. The song quickly became a big deal and White Sox fans came expecting to hear him sing.1 Today would be the final time that he would entertain the crowd at Comiskey. He would move to their crosstown rivals, the Chicago Cubs, after the season.

The Twins extended their lead in top of the eighth inning. Reggie Patterson replaced Farmer for the White Sox. After getting the first out, he walked Baker and gave up a single to Hrbek, his fourth hit of the game. Gary Ward tripled to score both runners. Ward scored when Tim Laudner hit a groundball that gave the shortstop just one option, getting the runner out at first. But now the White Sox were facing a daunting comeback with the Twins leading 12-5.

They scratched away at the Twins’ lead in the bottom of the eighth. Squires led off with a single. After Pryor struck out, Loviglio singled. When Sutherland hit a groundball that third baseman Chuck Baker dropped for an error, the bases were loaded for Hairston, who hit a grand slam. The Twins’ lead was cut to three runs. Gardner replaced Cooper with John Verhoeven, who struck out Luzinski to end the inning.

Verhoeven was still on the mound when the White Sox came to bat in the ninth losing 12-9. It was their last chance to score and things looked bleak. The situation became dire when Nordhagen fouled out to first and Marc Hill lined out to shortstop. With two outs, Squires singled. La Russa sent left-handed batter Bob Molinaro to pinch-hit against the right-handed Verhoeven. Molinaro singled and Squires reached third on the play. Doug Corbett replaced Verhoeven on the mound. La Russa now pinch-hit Jerry Turner for Loviglio. He hit the White Sox’ third consecutive single. Squires scored and the White Sox were down just two runs. Corbett then walked Sutherland, loading the bases. Bernarzard hit the White Sox’ fourth single of the inning. Molinaro and Turner scored, and the game was tied.

Hairston then singled to right and Sutherland scored for the White Sox win, cementing their winning season. It was Hairston’s sixth RBI of the game. His walk-off single climaxed the White Sox’ improbable comeback as they scored eight runs in the final two innings.

As Sutherland scored, Bill Veeck’s exploding scoreboard went off. The “lights, sirens, a ‘Soxogram’ message board and multicolored pinwheels”2 had been delighting fans since 1960. Although the explosions were usually reserved for White Sox home runs, one can imagine the excitement that the almost 8,000 fans must have felt when it went off on this October afternoon.

Harry Caray shouted, “Holy Cow!” one final time for White Sox fans when Hairston singled to score Sutherland. After 11 seasons, the veteran broadcaster was heading across town to Wrigley Field.