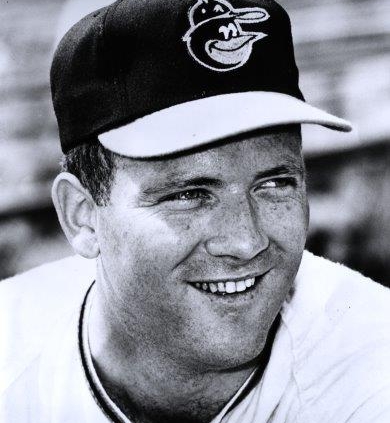 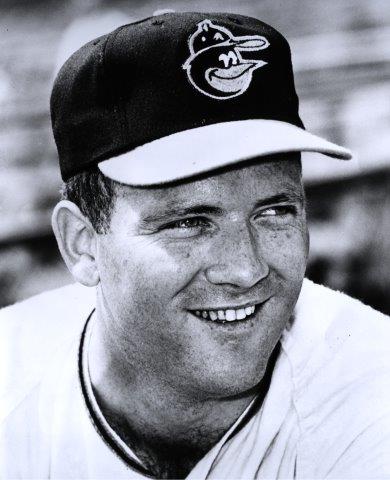 The Minnesota Twins couldn’t have been happy to be facing Orioles left-hander Dave McNally in Game Two of the 1969 ALCS after losing Game One of the first-ever American League Championship Series. McNally faced the Twins three times during the 1969 season, including a game in Minnesota in May when he carried a no-hitter into the ninth inning. In that game, César Tovar lined a ball into center field with one out in the final frame for Minnesota’s only hit. After the game, McNally declared: “It was as good as I’ve ever pitched.”1

McNally, who was 20-7 with a 3.22 ERA during the regular season, faced Baltimore native Dave Boswell, who was 20-12 with a 3.23 ERA for the Twins. Earl Weaver’s squad was looking to take a commanding two-games-to-none lead in the best-of-five series, after winning the first game 4-3 on a squeeze bunt by Paul Blair in the 12th inning.

The second inning began promisingly for the Orioles: consecutive singles by Boog Powell, Brooks Robinson, and Davey Johnson loaded the bases with nobody out. But Boswell escaped the inning without any damage by getting Mark Belanger and Andy Etchebarren to pop out and striking out McNally.

In the third inning the Orioles had another mini-rally, but were once again unable to bring a run home against Boswell. Frank Robinson doubled with two down and moved to third on a wild pitch. A walk to Powell put runners at the corners, but Boswell got Brooks Robinson on a popout to retire the side.

Meanwhile, McNally was once again dominating the Twins. After giving up a single to Tony Oliva in the fourth inning, he threw hitless ball for the next eight innings. With Boswell equally effective, the game was scoreless through eight frames.

Earl Weaver showed his confidence in McNally when he allowed him to bat in the ninth inning with two on and two out. McNally, who batted just .085 during the season, almost rewarded his manager by sending a ball to deep left field, but it was caught by Bob Allison, and the game went into extra innings.

Twins catcher George Mitterwald led off the top of the 10th inning against McNally and put a scare into the Baltimore crowd by ripping a ball deep into the upper deck in left field, but it was “foul by about two feet.”2 Mitterwald later said, “When I hit it, I knew it was out. It was 20 feet fair when it started, but it had too much overspin.”3 McNally also thought the ball was fair when it left Mitterwald’s bat: “From the angle it left the bat, when he first hit it, I thought it was headed over our bullpen – high and plenty fair. I saw the fans looking, but I couldn’t believe it was foul. What a relief.”4

McNally went on to strike out Mitterwald, and then got Leo Cardenas swinging and Boswell looking. Despite his effectiveness, McNally later revealed that he suffered from cramps in his left forearm during the 10th and 11th innings. “It was worse in the 10th inning than the 11th,” he said. “Three or four times in the 10th, I’d get the cramp after I threw a breaking pitch. It would draw up my fingers. You might have seen me tap my hand against my leg. That seemed to relieve it. Once it did it on my fastball, and that really worried me.”5

McNally entered the 11th inning having allowed only three hits and retired 19 of the last 20 batters to face him. However, in the 11th, “both his fast ball and curve temporarily strayed from the strike zone.”6 Harmon Killebrew walked with two down. McNally then walked Tony Oliva on four pitches and threw three straight balls to Allison, making it nine consecutive balls, and bringing Earl Weaver “to the edge of the dugout steps.”7 Perhaps just one more ball from exiting the game, McNally threw a called strike, followed by three straight pitches that Allison fouled off, the final one caught by left fielder Don Buford to end the inning. McNally didn’t blame his wildness on his arm cramping or on tiring. He said, “This is the first time I ever pitched 11 innings, I believe. But I didn’t feel tired, I just couldn’t find the plate in the 11th inning.”8

Boswell walked Powell to lead off the bottom of the 11th. Brooks Robinson sacrificed him to second and Boswell intentionally walked Davey Johnson. Belanger fouled off a ball that looked to be out of play, but Killebrew “reached over the rail near the Oriole dugout” for the second out.9 With left-handed-hitting Elrod Hendricks due up, Twins manager Billy Martin pulled Boswell after 10⅔ innings, in favor of left-handed closer Ron Perranoski, who had saved 31 games during the regular season. Weaver then made the obvious move and sent up right-handed-hitting Curt Motton, a .303 hitter during the regular season, to bat for Hendricks. Martin explained his decision to remove Boswell: “Boswell was tremendous. Both pitchers were. We simply made the move. It was a tough decision. But Motton’s a high-ball hitter and we had a low-ball pitcher coming in. Besides, now they’re down to one catcher and that may be trouble.”10 Boswell himself commented, “Sure I would have liked to have stayed in. I would have pitched until my arm fell off. But he’s the boss, and I’m not going to second-guess him.”11

As Boswell walked off the mound, the crowd showed its appreciation for the Baltimore native by giving him a standing ovation. “It made me feel downright proud of my hometown, when they stood up like that and cheered,” Boswell said.12

Motton greeted Perranoski by lining a 1-and-1 pitch toward right field. Second baseman Rod Carew made a leaping attempt for the ball, and later explained: “I thought it was coming straight to me. Then when it was about 10 or 15 feet away it started to rise. I figured maybe if I jump high enough I can knock it down in front of me and keep Powell from scoring. But it was higher than I could leap. It did go off the fingers.”13 After Carew’s glove nicked the ball and slowed it down a bit, a charging Tony Oliva picked it up and fired it toward the plate as Powell raced home with the potential winning run. The throw was a tad up the third-base line, causing catcher George Mitterwald to move up the line to try to make a play. The ball skipped off the top of Mitterwald’s glove as Powell shoved him and crossed the plate with the winning run. Powell said that if Mitterwald had caught the ball, “I was going to try to run right over him. Had that happened the ground might still be shaking from the collision.”14 Earl Weaver laughed after the game about his decision to not use a pinch-runner for the lumbering Powell, saying, “If he had been thrown out at the plate, I probably would have been kicking myself.”15

Both starting pitchers were magnificent. Boswell managed to escape tight jams all day. Baltimore had runners on base in eight of the 11 innings. Boswell in 10⅔ innings allowed a lone run on seven hits and seven walks. “My best game? They’re never your best game when you lose,” Boswell said. “I would have pitched until my arm fell off. I never want to quit when I’m out there. No matter what the situation. You’re tired but you never quit.”16

But this day belonged to McNally. Orioles catcher Andy Etchebarren said it was the best he’d ever seen the lefty: “He was perfect. … He did it all, got the slider, the curve, the fastball, everything right where he wanted it. That’s the best fastball he’s ever had.”17 McNally allowed just three singles, nine after the fourth. He walked five and struck out 11 in his 11 innings of work. McNally compared his playoff performance to the one-hitter he threw earlier in the season against the Twins: “I had the same kind of stuff this time as I did back in May.” He continued, “That one-hitter was a big thrill. It would have been a bigger thrill if it had been a no-hitter. This time, though, so much more was at stake.”18 Of this game, he said, “That’s the best ever.”19