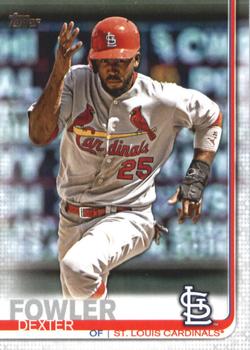 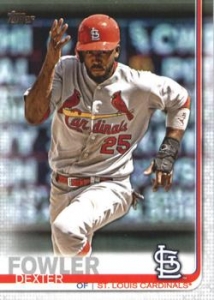 The season was on the line for both teams. It was winner-take-all in Game Five of the 2019 National League Division Series. In the bottom of the first, the Braves’ dangerous leadoff hitter, Ronald Acuña Jr., trudged into the batter’s box without his typical cocky swagger. The crowd offered some obligatory applause, but there was no longer any postseason excitement at SunTrust Park. Everyone was aware of the Braves’ grim reality; a look at the scoreboard showed they were down 10-0 in only the first inning. Facing the Cardinals’ ace, a comeback was nearly impossible.

The game started like any other playoff game. The ballpark buzzed with anticipation, the pitchers were locked in, and both teams were ready to win. With both teams facing elimination, two aces were to duel in a pitching rematch of Game Two, less than a week earlier, also played in Atlanta. That time, Braves pitcher Mike Foltynewicz defeated Jack Flaherty in a hard-fought battle, going seven innings and shutting out the Cardinals with three hits. The Braves hoped for a similar result in Game Five.

Game Five started with a leadoff walk to Cardinals outfielder Dexter Fowler. Fowler should have been an easy batter to retire, batting only .059 to that point in the NLDS. He put up a good at-bat though, laying off some tough pitches and earning himself a walk. Cardinals second baseman Kolten Wong sacrificed Fowler into scoring position.

With one out, the Braves struggled horribly for the second. Singles by Paul Goldschmidt and Marcell Ozuna gave the Cardinals 1-0 lead. Braves first baseman Freddie Freeman, a Gold Glove winner, mishandled Yadier Molina’s groundball, which could have been converted for a quick double play to end the inning and prevent the blowout. Instead, the error loaded the bases for the Cardinals. Freeman blamed himself for the team’s horrific loss. “I didn’t come through,” he said after the game. “This one’s on me.”1

Though Freeman’s error was the most costly, his teammates did little to help. Foltynewicz walked three batters in his 23-pitch outing, once with the bases loaded. Max Fried relieved him and walked Fowler with the bases loaded. Kolten Wong’s double drove in two runs, and the Cardinals got another when threw a wild pitch on strike three to Ozuna. The Braves’ dugout could only gape as they watched their 97-win team self-destruct before their eyes.

This 10-run inning tied a postseason record for most runs by a team in an inning, set by the Philadelphia Athletics in the 1929 World Series.2 It set an NLDS record for the same criteria.3

Flaherty, the Cardinals starter, looked shaky in the first inning, giving up a walk and a single, but settled in to strike out eight batters in six innings and allow only one run. Flaherty had been the Cardinals’ most dependable starter since the All-Star break, posting a 7-2 record with a minuscule 0.91 ERA. This was the major leagues’ third best post-All Star ERA, behind the Cubs’ Jake Arrieta in 2015 and the Nationals’ Stephen Strasburg in 2017.

Foltynewicz was on a strong run too, having won five of his last six games with a 1.21 ERA. The Braves had won 97 games, the second-most in the National League. They were a top-tier team by any standard, finishing in the top five in many National League categories including runs, hits, batting average, and ERA. But in this game the highly touted offense and pitching of the Braves looked like a joke as all their strengths failed at the worst possible time. (This bad luck in the postseason was a trend for the Braves. They were eliminated in the first round in nine consecutive appearances since 2002, once already by the Cardinals in 2012.4)

The Cardinals were less dominant in the regular season. They had a strong August and a respectable 91-71 record, but struggled in September as the red-hot Milwaukee Brewers bit at their heels for a wild-card bid. The Cardinals barely beat out the Brewers for the Central Division championship, but showed signs of weakness in the NLDS. They were plagued by errors and a stagnant offense throughout the first four games, barely managing to stay alive in Game Four, winning only by Molina’s walk-off sacrifice fly in the 10th inning.

Though the blowout sounds remarkable, the Cardinals played with the same strategy as they had during the regular season. They relied on their steady pitching, plate discipline, and an occasional bit of luck. They had a lot of luck in this game. Their small-ball strategy proved effective against the Braves in Game Five, but failed them when they took on the Washington Nationals in the next round, the team that went on to win the World Series.

The explosive first inning for the Cardinals was the last great offensive show they performed in 2019. They piled on for three more runs before the game ended, but scored a mere six runs in the entire NLCS, getting shut out once. As with the Braves in the NLDS, the Cardinals’ strengths failed them when they needed them most.

The Braves scored one run to close out their season, a home run off the bat of Josh Donaldson in the fourth inning. By the eighth inning the ballpark was nearly empty, most fans not wanting to watch the Cardinals’ victory celebration.

Before the 2019 Cardinals, no team in history had ever scored as many runs in the opening inning of a playoff game, much less 10 runs without a home run.5 It was a blowout for the ages, but it marked the last Cardinals win for the season. The team was quickly swept in four easy games in the NLCS.