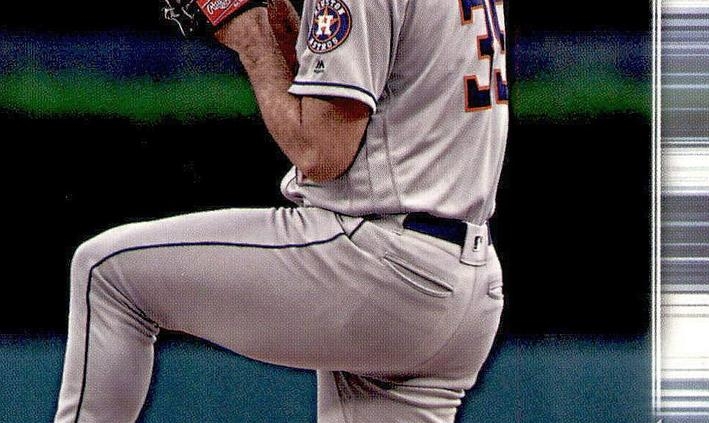 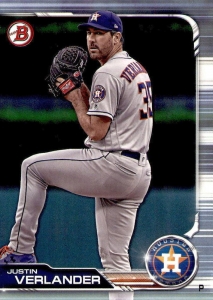 On September 1, 2019, the Houston Astros were on a roll, 9½ games ahead in the American League West Division, one game behind the New York Yankees for the best record in the major leagues and looking for their 89th win of the season. They turned to one of their aces, Justin Verlander, to get them there. Coming off an ejection in his last start against Tampa Bay, he was looking to redeem himself by securing his 17th win of the season against Toronto Blue Jays starter Wilmer Font. After winning the World Series in 2017 and advancing to the American League Championship Series in 2018, the Astros were looking strong again with three aces in their starting rotation, a powerhouse lineup full of sluggers, and a dominant bullpen. On this day their expectation was to take care of the Blue Jays so they could scurry out of Canada and head to Milwaukee to face the Brewers. Verlander would take the idea of scurrying to a whole new level with his performance.

The first inning was the rockiest Verlander had all day: He needed 21 pitches to retire the side.   The second batter for the Blue Jays, Cavan Biggio (the son of Astros Hall of Famer Craig Biggio), walked on five pitches. That walk allowed a fourth batter that inning; it would be the only time in the game that Verlander faced more than three batters in an inning. Even with that “rough” inning, Verlander averaged only 14.6 pitches per inning through the first five innings. As efficient as he was to start the game, he would only get stronger from there.

While Verlander was dominating the Blue Jays, Font was almost as dominant. Through the first two innings, the only hit he allowed was a double leading off the second inning by Astros utilityman Aledmys Diaz, who was subbing at first base for Yuli Gurriel, who had played the previous 19 games before this day off. Diaz advanced to third on a groundout but was stranded when Robinson Chirinos was retired on a fly ball to left field.

Despite Font’s success, Sam Gaviglio entered the game in the third inning because of Font’s role as the opener that day. (Font filled the opener role 17 times in 2019, including 14 with the Blue Jays.1) Gaviglio continued to shut down the Astros through the fifth inning, surrendering no hits. By that point, Verlander had eight strikeouts (six swinging) and still had allowed no hits.

To start the sixth inning, the Blue Jays brought in their third pitcher of the day, Zack Godley. Despite giving up two hits, he continued to shut out the Astros. The good news for the Astros was that Verlander was continuing his dominance. By the end of the eighth, Verlander had 12 strikeouts and had not given up a hit. There was just one problem: the score was still 0-0. If Verlander was to finish the no-hitter in nine innings, he needed some ninth-inning magic from his offense.

In the top of the ninth, Blue Jays closer Ken Giles, a former Astro, came on to attempt to shut down the Astros for one more inning. If he was successful, he would likely force Verlander to give up his no-hitter-in-progress to a relief pitcher because by the end of the ninth inning (which ended up being the end of the game), he had thrown 120 pitches despite an efficient average of 10.8 pitches per inning from the fifth through the ninth. Leading off in the top of the ninth was AL MVP candidate Alex Bregman, who doubled when second baseman Biggio could not make a diving grab of his popup beyond first base. With Bregman on second, Yordan Alvarez stepped to the plate. The rookie phenom, who would eventually be voted the AL Rookie of the Year, struck out. Following Alvarez was Diaz, who sent a fly ball into deep center field, allowing Bregman to advance to third. Now, with two outs, Canadian-born Abraham Toro hit a 1-and-1 pitch into deep left-center and into the stands to give the Astros the lead, 2-0. That home run kept Verlander’s opportunity to finish the game in nine innings intact, and it set the stage for one final inning of work.

In the bottom of the ninth, the first batter he faced was outfielder Brandon Drury. Verlander worked quickly, needing only three pictures to secure the first out on a groundout to Bregman at shortstop. Next up was the catcher, Reese McGuire. Once again Verlander worked quickly and struck him out swinging on four pitches. There was only one more out to go, and “with the crowd of 24,104 getting to its feet,”2 everyone in the ballpark could feel the excitement. To secure the no-hitter, Verlander needed to retire shortstop Bo Bichette. They battled to a 3-and-2 count, and on the seventh pitch of the at-bat, Bichette grounded a ball to third baseman Toro, who had hit the home run in the top of the ninth. He fielded the ball and made a strong but high throw to first baseman Diaz in time for the out. Finally, after only 2:29, Verlander had completed the no-hitter. The Astros streamed out of the dugout to celebrate with him on the mound.

It was Verlander’s third career no-hitter; he became only the sixth major-league pitcher to have that many.3 He said of the five who preceded him, “I idolize those guys.”4 The no-hitter was the 13th by the Astros and their second in less than a month. (Aaron Sanchez, Will Harris, Joe Biagini, and Chris Devenski combined for a no-hitter on August 3 against the Seattle Mariners.)

Verlander said, “I was aware of the history aspect of it. Definitely a big hurdle to get over and a very special moment for me.”5

In addition to the sources cited in the Notes, the author used box scores at Baseball-Reference.com and Retrosheet.org: