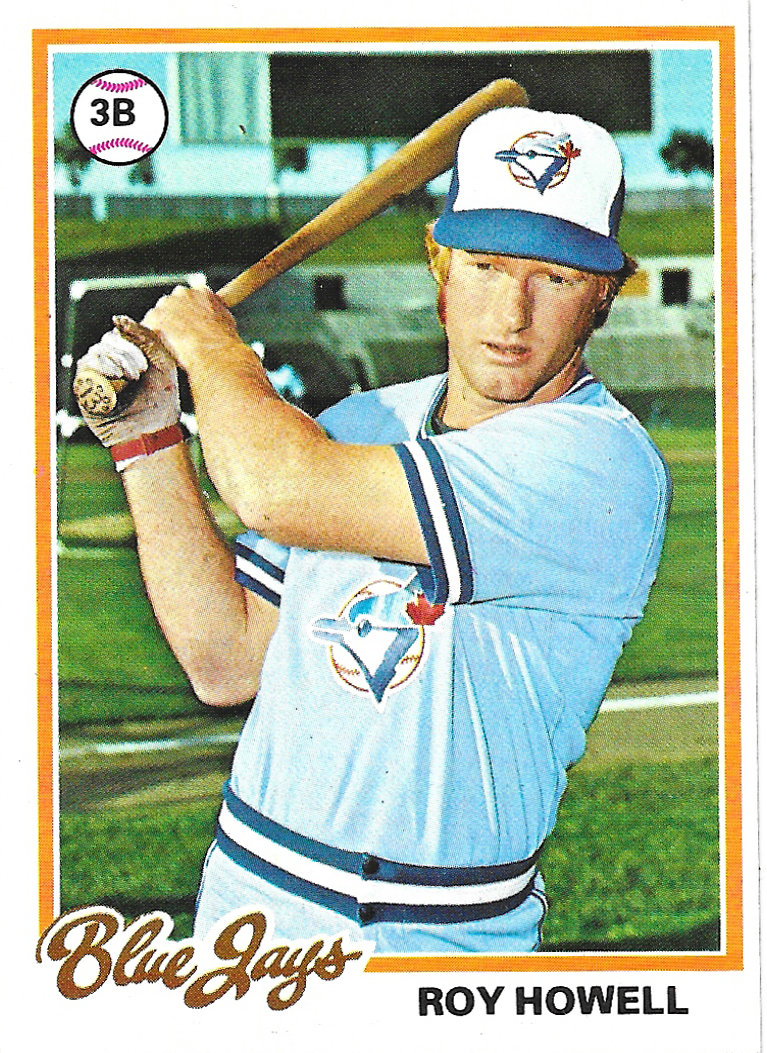 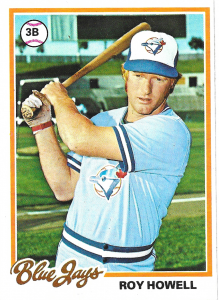 In 1977 New York City was a bleak place. It was slowly emerging from near-bankruptcy. Earlier in the summer, widespread looting occurred during a 25-hour blackout. The serial killer known as Son of Sam terrorized residents.

However, inside the recently renovated ballpark in the Bronx, the Yankees were in contention to repeat as the American League champion and perhaps win their first World Series since 1962. Over 2 million fans flocked to Yankee Stadium for a second straight season, an attendance achievement not seen in New York since manager Billy Martin was a player during the early 1950s Yankees dynasty.

On this late summer Saturday afternoon, the Yankees squared off against the visiting expansion Blue Jays with the league’s best record, three games ahead of Boston in the East Division. In contrast, the Blue Jays had lost 13 of their last 14 games. Toronto was easily the worst team in the major leagues.

Catfish Hunter, 31, started for the Yankees. The right-hander was struggling through an atypically mediocre campaign. Hunter was just 9-8 with a 4.44 ERA after compiling a 3.11 ERA in his first 12 seasons. This was his 437th career start. By contrast, his mound opponent, 21-year-old rookie Jim Clancy, was making just his ninth major-league appearance.

Toronto jumped on Hunter immediately. With one out in the first inning, Alvis Woods and Roy Howell hit consecutive doubles to right, then cleanup batter Ron Fairly singled up the middle for his 1,000th career RBI to give the Blue Jays a two-run lead. The next time Hunter faced the top of the Toronto batting order, the third inning, it was more of the same as Howell and Fairly smoked him for back-to-back home runs to put the visitors up 4-0.

After the Yankees got one back in the third when Bucky Dent scored on a wild pitch, Toronto knocked out Hunter in the fourth. Steve Bowling drew a leadoff walk and advanced to second on a groundout. Tim Nordbrook drove in the Jays’ fifth run with an RBI single to center. Billy Martin took Hunter out. There were just 20 games remaining in the season and, alarmingly, Hunter looked nothing like the dominant eight-time All-Star who had a perfect game, five 20-win seasons, three World Series rings, and a Cy Young Award on his résumé.

In came rookie right-hander Ken Clay. Steve Staggs doubled to right, moving Nordbrook to third. Woods singled to left to drive Nordbrook home, closing the books on Hunter. Clay induced Howell to ground into a 4-6-3 double play to end the frame but the home side was now down 6-1.

In the bottom half, Willie Randolph singled to right for the second time in as many at-bats to drive in Chris Chambliss. After a scoreless fifth, Toronto put the game out of reach in the sixth, batting around and taking advantage of spotty New York infield defense.

Bowling led off with a single to right and went to third on first baseman Chambliss’s fielding error that allowed Toronto catcher Rick Cerone to reach first safely. Nordbrook grounded a double-play ball to Randolph but he booted it and Bowling scored as Cerone advanced to third. Restless fans in the Stadium began booing the home side for their sloppy play. Clay walked Staggs to load the bases, then Woods finished the reliever’s day with an RBI single to left. With the score 8-2 for Toronto, Stan Thomas entered the contest, making his first appearance in pinstripes. Thomas started the season as a member of the Blue Jays’ expansion cousins, the Seattle Mariners, then New York traded for him in August.

Howell greeted Thomas with a two-run single to right. Six Jays had come to the plate and all had reached base safely. After Fairly popped out to third, Doug Ault’s groundout to third scored Woods with the fifth run of the inning, giving the Blue Jays an 11-run game for the first time in their very brief history.

The Yankees scored a run on a sacrifice fly in the bottom of the inning, but Martin was realistic about his team’s chances of overcoming an 11-3 deficit. Mindful of keeping his regulars fresh for the final three weeks of the pennant race, Martin lifted Randolph, Chambliss, Dent, and Thurman Munson from the infield plus right fielder Lou Piniella.

After the game, the volatile Martin took the loss calmly. “Any loss is tough to take at this stage of the pennant race, whether it’s by one run or by 16. The Jays did a good job on every pitcher I put out there.”1

In the top of the seventh, Bowling again led off with a single. One out later, Nordbrook reached on an error when third baseman Graig Nettles fumbled a groundball. Staggs singled to right to drive Bowling home as Nordbrook moved to second, sending Thomas to the showers. In came another late-season call-up, Larry McCall, making his major-league debut. On a comebacker to the mound by Alvis Woods, McCall committed an error that allowed Nordbrook to score while Staggs moved to third. That brought up Howell, who cracked his second home run of the game to extend the visitors’ lead to 16-3. Howell now had driven in seven runs. Clay, Thomas, and McCall had inherited a total of six runners and all six had scored.

Martin continued to pull some of his starters off the field when Nettles and center fielder Mickey Rivers were replaced before the eighth inning. Also, Ken Holtzman came on to pitch. The veteran southpaw had been a starting pitcher on the great early 1970s Oakland clubs when Yankees Hunter and Reggie Jackson were his teammates. Now, as the season progressed, Martin was using Holtzman as a reliever more often. He was the first New York hurler to turn away the Jays in order but, like his fellow moundsmen, found the Toronto lineup just as dangerous in the ninth inning.

Staggs stroked a single to center, then moved up 90 feet when Woods recorded his fourth hit of the afternoon. Up stepped Howell, swinging the hottest bat in the ballpark. Despite the platoon disadvantage, the left-handed-hitting third baseman drove a two-run double to right for his eighth and ninth RBIs. Howell moved to third on a passed ball, then scored on Doug Ault’s groundout. “I just can’t explain a day like this. I don’t think I’ve ever had a nine-RBI day before – a lot of four and fives, but never nine,” Howell said after the game.2

Amid the offensive explosion by the Blue Jays, Clancy pitched a complete game. Of the eight hits the right-hander allowed, only the last one – a double by Roy White in the sixth – went for extra bases. After White’s double, Clancy retired 11 straight batters to end the game. “After we got ahead 6-2 in the fourth inning, I just concentrated on getting the ball over the plate. I stopped going for the corners, just trying to get them to hit the ball,” explained Clancy.3

But the big story was obviously the astonishing pummeling the first-year Blue Jays laid on pennant-contending New York in Yankee Stadium. Four New York errors contributed eight unearned runs to Toronto’s team-record total of 19. Twenty hits were also a new record for Toronto. Despite battling a right-hand tendon injury for three months, Howell became the first Blue Jay to record five hits, and his nine RBIs still stood as the franchise record (tied with Edwin Encarnacion) as of 2019. “I didn’t feel any different at the plate. I was getting on top of the ball more than in recent games, but my swing was just about the same,” Howell said.4 Reflecting on a miserable season, he added, “It’s good to be on the other side of the fence for a change. Nine ribbies. That’s a month!”5

At the time no Yankee or visitor had ever driven in nine runs in Yankee Stadium.6 Also, while it was not the franchise’s worst loss by run differential, it was the first time since 1925 that New York had allowed 19 runs at home.

In the following weeks, Hunter’s difficult season worsened. He would not appear again until the World Series. Hunter had gone on the disabled list in April after taking a line drive off his foot on Opening Day and experienced pain in his throwing shoulder all season.7 Now, he dealt with new abdominal-pelvic pain that at first was diagnosed as a hernia but later turned out to be a urologic condition.8

For expansion Toronto, their players walked off the field with a win that would be remembered for some time. In a predictably dismal expansion season, the Blue Jays had rocked their division rivals and defending league champions on enemy soil, providing an exceptionally high-scoring highlight in a year full of dreary, repetitive losses.

Besides the sources listed in the Notes, the author consulted Baseball-Reference.com and Restrosheet.org.