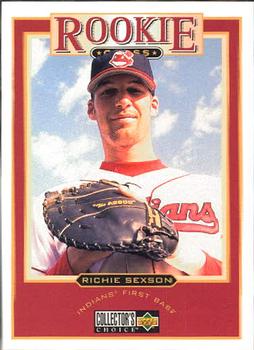 The American Association prepared to crown its final victor at the end of the 1997 season. Earlier that summer, Triple-A owners had announced the league would disband after the season, with teams moving to either the International League or the Pacific Coast League.1

This final championship series featured the Eastern Division-winning Buffalo Bisons and the Western Division-winning Iowa Cubs in a best-of-five matchup. The Bisons, a Cleveland Indians affiliate, aimed for their first American Association championship. They were a perennial title contender throughout the 1990s but experienced multiple playoff disappointments. In 1991, 1992, and 1995, the Bisons lost in the playoff finals, while in 1996 Buffalo lost in the first round. In their 1995 championship series appearance, the Bisons lost the deciding fifth game to the Louisville Redbirds.

The Cubs, a Chicago Cubs affiliate, had returned to the postseason for the first time since 1993. They won the 1993 championship in dramatic fashion: on Tuffy Rhodes’ 11th-inning home run in the seventh game of the series.2 The Cubs struggled during the next three years, finishing fifth or sixth each season.

In the first round, the Bisons defeated the Indianapolis Indians three games to two while the Cubs swept the New Orleans Zephyrs in three games. The Bisons and Cubs were well acquainted with each other; Iowa won 11 of their 18 regular-season contests.3

The first two games of the championship series were played in Buffalo. In Game One, Ben Blomdahl allowed one run on three hits over 6⅔ innings while Les Norman scored both Buffalo runs as the Bisons squeaked out a 2-1 win.4 In Game Two, four Iowa errors led to four unearned runs, and Buffalo starting pitcher Brian Anderson threw a five-hitter with 10 strikeouts. The Bisons won 6-3 and captured a 2-0 series lead as the series moved to Iowa.5

Kerry Wood, selected fourth overall in the 1995 amateur draft by the Chicago Cubs and ranked as the third-best prospect by Baseball America before the season, started Game Three for Iowa. The 20-year-old Wood had compiled a 4-2 record, 4.68 ERA, and 80 strikeouts over 57⅔ innings during the regular season.

Marcus Moore started for Buffalo. Moore compiled a 5-3 record, 2.54 ERA, and 72 strikeouts over 10 starts and 71 innings. With Wood pitching and an 8-1 home record against the Bisons during the regular season, Iowa was poised for a comeback. In addition, second baseman Cairo returned to the lineup after being out since August 31 with a sprained ankle.6

Buffalo’s Norman was hit by a pitch to start the game, but Enrique Wilson hit into a double play. After Hubbard singled to right, Sean Casey plated Hubbard with a double to left-center, and Buffalo grabbed a 1-0 lead.

In the Iowa third inning with one out, shortstop and number-nine hitter Chris Petersen homered to left-center field, and the game was tied. The light-hitting Petersen homered only three times in 436 regular-season plate appearances; his third-inning blast was his only hit in this series.

In the Buffalo fifth, Wilson singled to deep shortstop with one out and Hubbard walked. Sexson launched a three-run clout over the center-field wall. His homer gave Buffalo a 4-1 lead. During the bottom half of the inning, Iowa loaded the bases against Moore, but Moore induced former teammate Rod McCall, who was traded from Cleveland to Chicago in June for Bobby Morris,7 to ground out and end the threat.

Iowa threatened again in the seventh. Moore walked Robin Jennings and Brown with one out. Blaise Ilsley, who pitched for the 1993 champion Iowa Cubs, relieved Moore. After McCall flied out, Pedro Valdes’ single to center scored Jennings. Brown advanced to third on the throw home, but Jeff Sexton relieved Ilsley and struck out Lowery, stranding Brown. Buffalo led 4-2.

Both offenses were quiet during the eighth inning, and Buffalo didn’t add to its lead in the ninth.

In the bottom of the ninth inning, Buffalo closer David Weathers entered the game, hopeful for a quick inning and a championship celebration. But Iowa rallied. Jennings reached on a fielding error by first baseman Sexson, who had committed only four miscues during the regular season. Brown doubled to left-center, advancing Jennings to third.

McCall’s sacrifice fly plated Jennings as Iowa pulled within one run; Brown, representing the tying run, moved to third. Valdes doubled to right, scoring Brown, and the game was tied. With one out and the winning run in scoring position, Weathers struck out Lowery and catcher Diaz threw out Valdes attempting to steal third. The game moved into extra innings.

Hubbard started the Buffalo 10th with a lineout, and Casey walked to the plate. The lefty-swinging designated hitter, a University of Richmond product and Cleveland’s second-round draft pick in 1995, drove a 1-and-1 pitch over the center-field wall for a home run, giving Buffalo a 5-4 lead. While circling the bases, the 23-year-old Casey could barely contain his excitement: “I was almost in a dream world. I wanted to get around the bases and get in the dugout. I was so excited, but we knew we had three outs to go.”8 Sexson and Bruce Aven struck out as Buffalo carried the slim margin into the bottom half.

Mark Dalesandro led off the Iowa 10th by popping out. But third baseman Russell Branyan’s error allowed Brandon Wilson to reach first base. Petersen, who had homered in the third, hit a sharp grounder to second baseman Torey Lovullo. Lovullo threw to shortstop Enrique Wilson at second base, who pivoted and fired a bullet to Sexson to complete the game-ending double play and give Buffalo the championship.

Iowa, which struggled with clutch hitting all series, stranded 11 runners during the final game. Weathers earned the win while Justin Speier absorbed the loss. Casey’s winning homer was the only run Speier allowed in 16⅓ innings since he joined Iowa on August 11.

Casey, still stunned after the game, commented, “I never dreamed anything like that, coming up to Triple-A a month ago. I don’t even know how to describe it in words.”9

Iowa had been swept in three games but remained resilient. Shortstop Chris Petersen complimented his teammates: “The main thing with us is we didn’t quit. Any other team I don’t think can score two runs in the bottom of the ninth, down two games.”10

Torey Lovullo, who was 4-for-10 during the series, was named its most valuable player.11 He enjoyed the honor of handing the ball marking the series’ final out to Bisons owner Bob Rich Jr., who was the driving force behind Buffalo’s rise to national baseball prominence during the late 1980s and throughout the 1990s. Soaked in champagne, Rich finally received his long-awaited championship ring: “It’s never easy, never. We’ve come so close so many times and you think of the teams in the past at a time like this. I don’t think anybody could have expected this at the start of the year.”12

As the Bisons celebrated their long-awaited title, the Game One winning pitcher Blomdahl excitedly yelled, “The Mighty Casey did not strike out!”13

The name American Association was used by two other leagues before this version. The first professional league to use the name was a major league from 1882 through 1891. This initial AA started with six teams for the 1882 season, peaked at 12 in the 1884 season,14 then remained at either eight or nine teams through 1891. The second AA was originally an independent eight-team Midwest-based league that started play in 1902. The league remained independent for a single season; the AA was classified as a Class A league from 1903 to 1911, reclassified as a Double-A league from 1912 to 1945, then reclassified as Triple A from 1946 to 1963. Because of declining attendance, increasing travel costs, and social changes, the Association’s second incarnation ceased play in 1963. The third AA started in 1969 and remained as a Triple-A league through 1997. After the 1997 season, the American Association ceased operations for the third time, citing the desire for reducing travel costs; supporting expansion at the major-league level; and developing a national, rather than regional, perspective for Triple-A baseball.15

The author thanks John Fredland and Kurt Blumenau for their article recommendations, Kevin Larkin for his fact-checking, Len Levin for his copy-editing, and Lisa Gattie for her meaningful input.

Besides the sources cited in the Notes, the author consulted AABaseball.com, Baseball-Reference.com, Retrosheet.org, and TheBaseballCube.com.

14 During the season, the Richmond Virginians replaced the Washington Statesmen. The Virginians played their first American Association game on August 5, 1884, against the Philadelphia Athletics in Richmond.

15 Allen Panzeri, “Shuffle Adds 4 Teams to IL,” Ottawa Citizen, July 10, 1997: 17. The fourth baseball league to use American Association in its title, the American Association of Professional Baseball, an independent league, started play in 2006. In 2020 it was reclassified as an official Major League Baseball Partner League as part of the reorganization of the minor leagues.