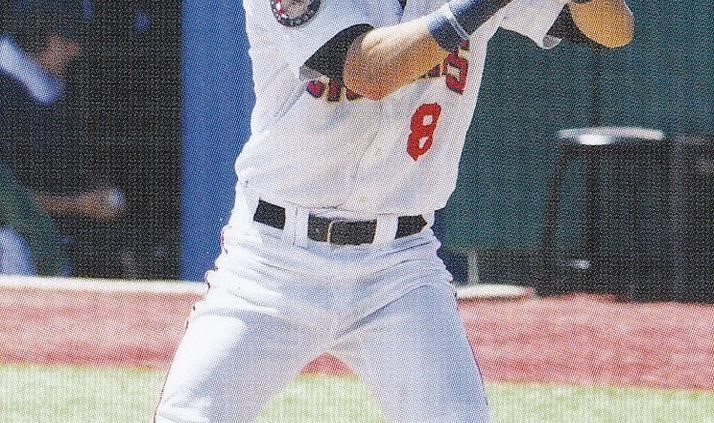 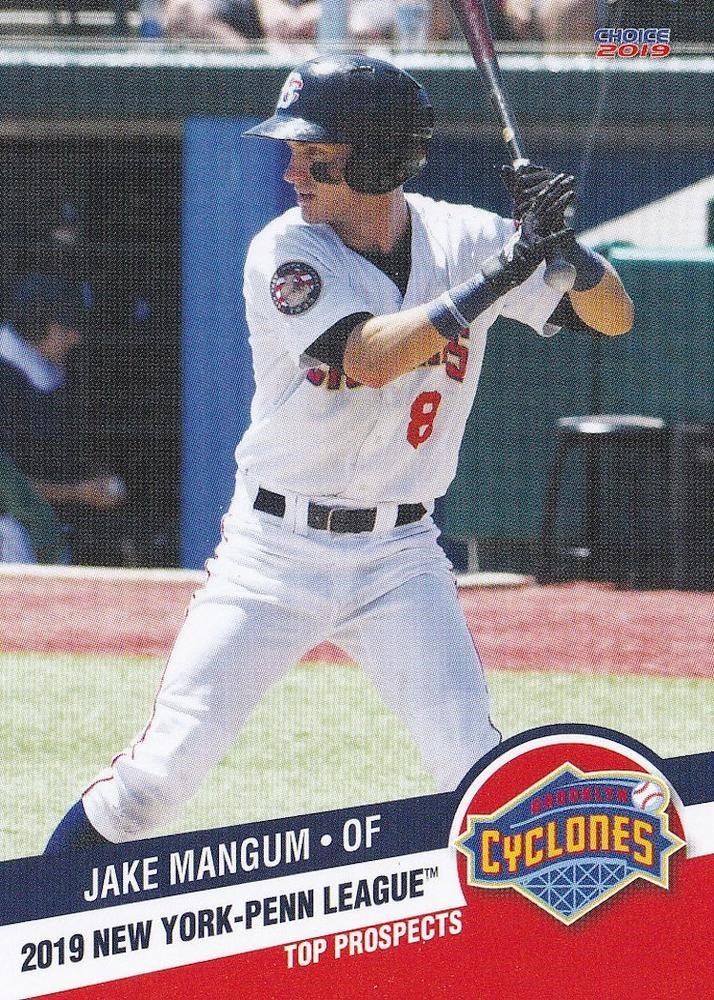 Roy Face, Bobby Richardson, Tony Perez, Robin Yount, and Curtis Granderson were among the star players who wrote their names into the 80-year history of the New-York Penn League. On September 10, 2019, two teams of young men added their own names and then closed the book, as they played what turned out to be the league’s final game.

The low-level loop, originally known as the Pennsylvania-Ontario-New York (PONY) League, got its start when representatives of six cities met at a hotel in Buffalo, New York, on March 8, 1939, to make plans for the coming season.1 The league’s name changed in 1957, and its membership experienced inevitable periods of churn. But the league held on through 80 Northeast summers as a proving ground for young players, often straight out of college—or even high school. By the end of its run, the New York-Penn also served as a rehabilitation stop for established major leaguers. Steve Pearce, Most Valuable Player of the 2018 World Series for the Boston Red Sox, played two games for the New York-Penn’s Lowell (Massachusetts) Spinners at age 36 in 2019.

Two drastic changes knocked the league off the rails. First, the COVID-19 pandemic canceled the entire 2020 minor-league season. Then, Major League Baseball assumed control of the minors and announced a restructuring and streamlining plan early in 2021—including the elimination of the New York-Penn League, by then a 14-team short-season Class A circuit stretching from Vermont to West Virginia. The teams scattered to a variety of fates, ranging from new affiliations at the Class A level to complete disappearance.

The men who founded the league in 1939 might have been astounded to hear that the final game in its history would take place in Brooklyn, given that the borough hosted the National League’s Brooklyn Dodgers at the time. But it was true: The changing tides of history washed the Dodgers away and brought in the Brooklyn Cyclones, a farm team of the New York Mets. On September 10, 2019, the Cyclones met the Spinners in the winner-take-all third game of the league championship playoffs.

The Cyclones, managed by former Mets and Giants infielder Edgardo Alfonzo,2 tied the Hudson Valley (New York) Renegades3 for the league’s best record at 43-32, then knocked off the Renegades in the first round of the playoffs. Lowell, managed by former big leaguer Luke Montz, finished at 42-34 and defeated the Batavia Muckdogs, a Miami Marlins affiliate, in the first round. Batavia’s defeat prevented what could have been a charming Cinderella story. Batavia was one of the smallest US communities with an affiliated minor-league team and was also the only one of the original six PONY League cities still in the league 80 years later.4

Neither Brooklyn nor Lowell dominated the league in any hitting or pitching category. But both teams had individual stars. Lowell center fielder Gilberto Jimenez led the league with 84 hits and batted .359, while Brooklyn infielder Wilmer Reyes’ 74 hits placed him third and led to a .323 average. Lowell’s ace pitcher, Yusniel Padron-Artilles, tied for the loop lead with seven wins and led outright with 84 strikeouts while compiling a 2.67 ERA. Brooklyn’s Garrison Bryant had a strong season on the mound too, going 5-1 with a 2.39 ERA and allowing just 49 hits in 75⅓ innings.

Neither pitcher started the final game. Brooklyn’s starter was righty Nate Jones, who went 0-2 with a 6.59 ERA in seven starts during the regular season. Jones had been the Mets’ fifth-round pick in the June 2019 amateur draft from Northwestern State University in Louisiana. Lowell countered with 6-foot-6, 260-pound lefty Jay Groome, Boston’s first-round pick in the June 2016 amateur draft out of high school in New Jersey. Groome made one regular-season appearance for Lowell after making two starts in the Gulf Coast League.

The teams faced off in front of 2,050 fans at Brooklyn’s MCU Park—a relatively low turnout for the Cyclones, who averaged about 4,850 fans per game during their season.5 Lowell, a member of the league since 1996, had never won a title. Brooklyn, which entered the loop in 2001, shared the championship in its inaugural year with the Williamsport (Pennsylvania) Crosscutters. The league finals were canceled that season after the September 11, 2001, attacks.

After a scoreless first, the bottom of the Cyclones’ order handed the team a lead in the second inning. Designated hitter Brett Baty walked and right fielder Ranfy Adon followed with a double. Center fielder and ninth-place hitter Jake Mangum drove in Baty with a single up the middle, and left fielder Antoine Duplantis drove in Adon with a groundball to second base.6

The Spinners responded in the third. Right fielder Nick Decker walked and second baseman Cameron Cannon singled. First baseman Joe Davis drove in Decker with a ground single into right field, and a wild throw by Adon allowed Cannon to score, tying the game at 2-2.7

With the offenses stirring, both managers turned quickly to their bullpens. Lowell’s Groome lasted 2⅔ innings before giving way to reliever Dylan Spacke, who got the final out of the third. Montz then handed the game to Padron-Artilles, who made 13 regular-season appearances but only four out of the bullpen. Brooklyn’s Alfonzo pulled starter Jones after three innings and gave the ball to 18-year-old Matt Allan, who had started one regular-season game and lasted just two innings. On this day, Allan was unhittable, throwing three perfect innings to keep the game tied.

Lowell designated hitter Marino Campana led the Spinners with seven home runs, and in the seventh inning, he broke the deadlock with a solo shot to left field off Brooklyn’s third pitcher, Mitch Ragan. The Spinners were nine outs away from their first league title.

It was not to be. Batting against Padron-Artilles in the seventh, Mangum collected his second single of the game. Duplantis followed with a triple down the right-field line to tie the game. Third baseman Yoel Romero batted next. A .251 hitter with 15 RBIs in 54 games with Brooklyn during the regular season, Romero joined the likes of Johnny Podres and Sandy Amoros in the borough’s unofficial Clutch Baseball Hall of Fame. He grounded a single into left field to score Duplantis, giving the Cyclones a 4-3 lead.8

Padron-Artilles closed out the inning without further damage and pitched shutout ball in the eighth and ninth. His five innings of three-hit, no-walk, six-strikeout ball might have done the job in many games. But in this one, the three straight hits and two runs he surrendered in the seventh were the Spinners’ margin of defeat.

Lefty reliever Andrew Edwards, a 31st-round pick by the Mets in the June 2019 draft out of New Mexico State University, was assigned to shut down the Spinners over the final two innings. The visitors fought hard in the ninth, as third baseman Nick Northcut led off with his second single of the game. One out later, pinch-hitter Jaxx Groshans drew a walk to put the tying run in scoring position. Edwards struck out left fielder Stephen Scott, then faced pinch-hitter Alex Erro, a .277 hitter, with the game on the line. On the final pitch in New York-Penn League history, Erro swung through a third strike.9 “Struck him out swinging!” play-by-play announcer Keith Raad enthused, as players stormed the infield for a postgame celebration. “Brooklyn, you have your title! The Brooklyn Cyclones are outright champions for the first time in history.”10

The game ended in 2 hours and 37 minutes. Ragan earned the win, while Padron-Artilles took the loss. On the Spinners’ website, the story of the final-game defeat ended on a wait-’til-next-year note: “This concludes the season for Lowell. We’ll be back in action on June 18, 2020 when they take on the Connecticut Tigers. Tickets for the 2020 seaosn [sic] will go on sale in early October.”11 Instead, the 2020 season went unplayed, and the New York-Penn League followed the Brooklyn Dodgers into baseball’s past.

Neither Baseball-Reference nor Retrosheet provides box scores of minor-league games, but the September 11, 2019, edition of the Boston Globe published a box score.

3 The Renegades were a Tampa Bay Rays farm team.

8 Stepien. Podres threw a complete-game shutout and Amoros made a clutch outfield catch to help the Brooklyn Dodgers clinch the World Series title in Game Seven of the 1955 Series.