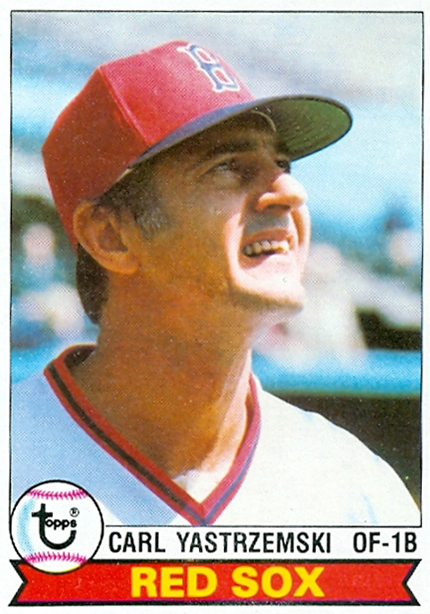 The reigning two-time world champion Yankees were mired in fourth place, 15½ games behind Baltimore, as they came to Fenway Park to face the Red Sox on September 12. The Sox were in third place, 13½ games behind the first-place Orioles. Both teams appeared to be going nowhere; their seasons were due to end, as scheduled, on September 30 — and the fall classic would be absent one of these rivals for the first time since 1974. But the second game of the three-game set was no ordinary baseball evening with two October has-beens playing out the string. History hovered above the old ball yard.

The Sox shellacked the Bronx Bombers, 9-2, without much suspense regarding game outcome. Boston quickly grabbed a 2-0 lead in the first inning, as reigning MVP Jim Rice took gopher-prone Catfish Hunter deep, and the game was all but over in the fifth, with the Sox on top, 8-1, and the Hall of Fame-bound gentleman farmer from Hertford, North Carolina already sent to the showers. But 34,336 fans remained on edge with great expectations and excitement, as they were focused on the son of a Bridgehampton, Long Island potato farmer – their hero, Carl Yastrzemski, who entered the game with 2,999 base hits and his own sights set squarely on Cooperstown.

This had been a very difficult time for Mr. Yastrzemski, who had nary a hit since Sunday the 9th. All week long, the front page of the Boston Globe was adorned with a banner reading “The Yaz Watch” and a ball labeled “1.” On Monday, the Globe reported, “drama is wearing thin … the only drama left in a Fenway Park season that promised so much. … The Red Sox may have packed it in, but there are miles to go before we sleep and the woods are dark and deep.”1 On Tuesday, the Globe moaned, “For this old soldier, the Yaz watch is hell.”2 On Wednesday, page one revealed that Carol Yastrzemski had told her husband “I think this is a plot to kill me” and the Globe characterized “this canonization of a statistic” as “a merciless intrusion on your life.”3 Old friend Luis Tiant and relievers Ron Davis and Goose Gossage held Yaz hitless in a loss the night before; El Tiante certainly cut him no slack. “I’m paid to get him out. I’d get my mother and father out, too.”4 The Sox had now lost 17 of 23. With only two more games on this homestand, Sox fans feared the worst — being denied their rightful moment of history.

But this game proved to be the night Carl, Carol, and thousands of New Englanders had anticipated. After Yaz grounded weakly to Willie Randolph at second in the sixth inning, he was in an 0-for-10 mini-slump and the crowd sighed in disappointment. But a glance at a scorecard showed that Yaz would come to the plate once more if one Sox player could reach base. This was enough to keep the exit turnstiles still and the Mass Pike clear. Hope was buoyed with “an assist from Dwight Evans and his infield single” in the seventh.5 In addition, Evans was now the eighth Sox starter in the lineup to hit safely tonight. Only one had failed to do so.

So, with the score 8-2 in favor of the Olde Towne Team, as the Fenway faithful squirmed nervously yet again, Yaz trudged to the plate with two out and nobody on. Twelve trips to the plate since his last base hit, he was one for his last 18 ABs. At 9:39pm, Yaz turned on reliever Jim Beattie’s first offering, a fastball — and topped a slow grounder to second baseman Willie Randolph’s left. “Would Randolph field the ball? … Nobody could say he could. Nobody could say he couldn’t. … (he) made a wave at the bouncing ball. … The moment had finally arrived. … The deed was done.”6

In the words of broadcaster Ned Martin, “All hell breaks loose at Fenway Park. … we’re not going to play baseball for a while … the long, long trail has ended.”7 As Red Sox legend (and first-base coach) Johnny Pesky patted him on the back, Yaz was surrounded by microphones and cameras. A short ceremony ensued. When the game resumed, pinch runner Jim Dwyer scored the game’s final run on a Carlton Fisk single — creating an ultimately final score of 9-2. The next day, the Globe bemused, “If anybody was still wondering, the Sox widened their third-place lead over the Yankees to three games, but saw their Interest Quotient drop off the scale when Yaz singled in the eighth.”8

For the record, rookie Chuck Rainey pitched a complete game six-hitter, moving to 6-5 for the year. The career of Catfish Hunter, who had won 20 or more games from 1971 through 1975, was very near its end. Later, in the clubhouse, Yaz thanked everyone, but notably his mother, who died the previous year, and Mr. Yawkey, who had died in 1976. He admitted that he was embarrassed by the endless drama and, yes, he had been pressing. For Yaz and for Red Sox fans, a bit of normalcy would be welcome.

In the Boston Globe, it was noted that Yaz had begun this journey 7,036 days before in 1961 with a single off Kansas City’s Ray Herbert at Fenway Park. (Note: the Globe and Yaz incorrectly identified Herbert as a Chicago hurler.) Yaz further recalled a key Saturday afternoon home run off Minnesota’s Jim Merritt in the final weekend of 1967. Other personal highlights included a double in Kansas City off Satchel Paige and a homer off ex-teammate Jim Lonborg in Milwaukee. 9 New York’s Jim Beattie, who had pitched so well in 1978, winning games in both the ALCS and the World Series, could now be added as a footnote in the legacy of one Carl Michael Yastrzemski. And his legions of loyal fans could rest peacefully knowing that the agony had ended. Yaz had sent them home happy.

In his 1990 autobiography, Yaz attributed his difficulties reaching the 400-homer and 3,000-hit milestones in 1979 to a pulled Achilles tendon suffered in Yankee Stadium on June 30. In describing how he felt when he got to 3,000 hits, Yaz said, “I looked ten years older. I was drained. I was in a slump that seemed to last for the rest of the summer.”10 Yaz further acknowledged that the four years (after 1979) were particularly tough. He persevered as the Red Sox team leader, retiring after the 1983 season when the Red Sox finished below .500 for the first time since Yaz won the Triple Crown in the Impossible Dream season of 1967 when he was still a young player — and baseball had been a lot easier than it was in September 1979.

I attended the three games on September 10-12, 1979, climaxed by the long-awaited moment. I recall wistfully how relatively easy it was to get Sox tickets back in those days. Every year, I’d purchase tickets for most of New York’s visits to Fenway. I was still a Yankees fan, but I kept silent at Fenway, enjoying the moments along with Boston’s rabid rooters and the many New York transplants and local college students, who made no effort to conceal their disdain for the opposition. To this day, I have some difficulty rationalizing the intensity of the rivalry. I am awash in contradiction; I gloated when Bucky Dent took Mike Torrez deep, winced when Calvin Schiraldi couldn’t get that last out, suffered the indignity of the 2004 comeback (pretending all the while to enjoy the curse reversal for the sake of my Boston-bred family), and shamelessly jumped on the bandwagon in 2013. With age often comes perspective.