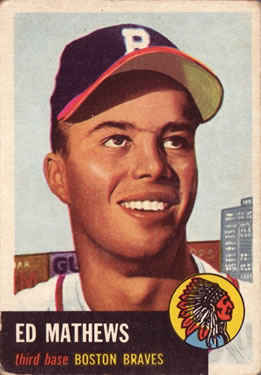 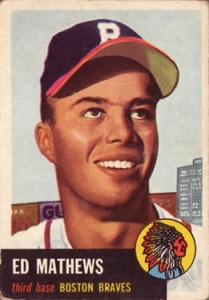 The Boston Braves played 2,811 regular-season home games at Braves Field between 1915 and 1952, winning 1,378 of them. The very last of those wins, recorded in the first game of a Sunday doubleheader in September 1952, appears in retrospect to rank among the tightest and most exciting wins ever seen by Boston’s National League fans.1

Not that many of them were actually there to see it: Only 3,482 spectators “braved a northeast breeze at its best” to see the Braves’ Max Surkont (11-12, 3.90 ERA) match up with the Chicago Cubs’ Johnny Klippstein (9-12, 4.70 ERA) in the first game on September 14.2 The Cubs began the day in fifth place and the Braves in seventh, both below .500,3 though the Boston club had been hot of late, winning two straight shutouts against lowly Pittsburgh and scoring 24 runs.4 The game’s umpiring crew combined two veterans, Dusty Boggess and Babe Pinelli, with two newcomers — Bill Engeln, nearing the end of his first full season as a big-league arbiter, and native New Englander Bill Jackowski, less than a month into his major-league umpiring career.5

The Braves had been riding a financial roller-coaster for some time. They saw sharp downturns in attendance during World War II, bottoming out at just 208,691 fans in 1944. A strong gate of more than 1.4 million during the 1948 National League pennant-winning year briefly suggested brighter days. But another fatal downturn followed thereafter, as the Braves’ attendance fell by nearly 50 percent between 1950 and 1951. While the team’s pending move had not been confirmed on September 14, it was a common rumor, as witnessed by a Boston Globe headline earlier in the month: “Braves Stay in Boston, Perini Says.”6

In the first game on September 14, both pitchers lost their no-hit bids early, with Chicago shortstop Tommy Brown leading off with a single in the first and Boston first baseman Earl Torgeson reaching on a bunt single in the second. After that, though, Surkont and Klippstein continued to rack up outs.

Through the first five innings, the Cubs achieved only three baserunners, on Brown’s first-inning single, center fielder Hal Jeffcoat’s third-inning single, and third baseman Randy Jackson’s fifth-inning walk. None advanced beyond first base.7 The Braves briefly threatened in their half of the fifth when second baseman Jack Dittmer tripled with two out. However, the rally died when catcher Paul Burris flied out to center.

Boston’s highly touted 20-year-old third baseman, Eddie Mathews, made himself known with a superb play for the third out in the top of the sixth. According to the Boston Globe’s Clif Keane, Mathews made a “diving backhand grab” to reel in a hard shot by Brown and threw him out by several steps.8 The Braves again mounted a minor rally in their half of the seventh when Torgeson singled and stole second, but Dittmer grounded back to the mound to keep the game knotted at 0-0.

By Keane’s account, Surkont engaged Mathews in some needling before the game, telling the rookie: “You’re a choke artist when I’m pitching. You hit 21 home runs this year and none when I’m throwing. Whaddya got against me anyway? Hit one today just to prove everything’s all right between us.”9

This was something of an exaggeration, as Mathews had homered with Surkont on the mound twice in the preceding month — on August 13 against the Phillies and on August 27 against the Reds. Still, it set the scene for what became an exciting finish in the bottom of the ninth, with the score still locked at 0-0.

Klippstein, still in the game, got Sam Jethroe to ground out to third base and Johnny Logan to ground out to shortstop. The Braves’ last hope in regulation was Mathews — and he drove a shot into the right-field bullpen to give Boston a dramatic 1-0 walk-off win. Keane’s game story indicates the home run was a no-doubter, with much discussion of how far it would have traveled on a warm day with a favorable wind.10

Surkont posted the Braves’ third straight shutout, facing only 29 men and allowing only three hits and a walk; the third hit was a harmless one-out single by Bill Serena in the top of the eighth. Losing pitcher Klippstein surrendered only three hits and three walks for his second three-hitter of 1952. The first had come on May 6 at Wrigley Field against the Braves, in a game Chicago won 2-0.11 Pushed along by the stiff cold breeze, the entire September affair took only an hour and 25 minutes to wrap up, making it the fastest National League game of the year to that point in the season.12

The game-winning shot was Mathews’ final home run in Boston. He did not hit another at home in 1952,13 and after that, his only appearances in Boston were two games at Fenway Park in June 1968 as a member of the Detroit Tigers.14 In between, of course, he forged a Hall of Fame-quality career, mostly with the Braves in Milwaukee and Atlanta.

The Braves’ pitching staff extended its shutout streak to 37⅓ innings before the Cubs scored in the sixth inning of the nightcap. Fans who shivered their way through the second game got to enjoy another tight contest, as the Braves and Cubs ended nine innings tied 1-1. Perhaps mercifully given the weather, Chicago pitcher Bob Schultz and shortstop Brown had run-scoring hits in the top of the 10th to put their team ahead for good. A solo homer by left fielder Sid Gordon with two outs was all the Braves could muster in the bottom of the 10th; the Cubs won, 3-2.15

After September 14, the Braves played only five more home games at Braves Field, against the Cardinals and Dodgers, losing them all.16 The following season found the team playing more than 1,000 miles away at County Stadium in Milwaukee. The Braves’ next win in Boston would come on August 29, 1997, at the dawn of the interleague era, when the Atlanta-based team beat the Red Sox 9-1 in Fenway Park.17 It was almost 45 years, two franchise moves, and a seeming eternity away from that last windy win at Braves Field.

To supplement the sources specifically cited in the Notes, I used the Retrosheet.org and Baseball-Reference.com websites for general player, team, and season data and the box scores.

1 Retrosheet’s data on Braves Field: retrosheet.org/boxesetc/B/PK_BOS08.htm. These totals exclude postseason games, as well as the 60 regular-season games (21 wins) played by the Red Sox at Braves Field between 1916 and 1932.

7 Jackson made the third out in the fifth inning when he was caught attempting to steal second base.