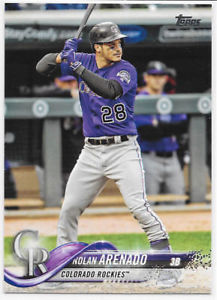 The longest game of the 2015 season for either the Colorado Rockies or the Los Angeles Dodgers started with consecutive bunt base hits and ended after an extra-inning home run. A crowd of 45,311 came out to Dodger Stadium to see their team creep closer to clinching the National League West Division for the third consecutive year. They witnessed a game in which, thanks to end-of-season roster expansion, more players saw action than ever before.

Dodgers starting pitcher Brett Anderson had been on the Rockies’ roster in 2014, but he signed with LA as a free agent in the offseason. Making his 28th start of the season, he was seeking his 10th win for the 83-60 Dodgers. For the visiting Rockies, Chris Rusin was making his 19th start, coming into the game with a 5.14 earned run average, having lost six of his last eight decisions for the last-place Rockies.

Charlie Blackmon led off the game by bunting the first pitch toward second base, legging out a single. Jose Reyes then squared to bunt the second pitch of the game. The ball died in front of the catcher, and Reyes was safe, too. Anderson retired the next three batters without incident. In the bottom half, Justin Ruggiano doubled to left and advanced to third when Chase Utley grounded out to first. Justin Turner singled into the hole at short and Ruggiano scored. Both pitchers then settled down for a few innings.

Anderson lasted six innings, allowing three runs (two earned). He struck out seven Colorado batters, but three consecutive singles to start the fourth inning, coupled with a key error by Dodgers shortstop Corey Seager, led to the runs. Anderson then retired nine in a row before Dodgers manager Don Mattingly called for J.P. Howell to start the seventh, with the Dodgers holding a 3-1 lead.

Rusin pitched six solid frames but seemed to run out of gas in the seventh. The left-hander allowed a double to Adrian Gonzalez and walked A.J. Ellis (who gave way to pinch-runner Jimmy Rollins). Boone Logan replaced Rusin on the mound and Seager walked on a full count, loading the bases. Chris Heisey then lined out to right field, deep enough to bring Gonzalez home and send Rollins to third. Austin Barnes followed with a single into short left-center, and Rollins scored the game-tying run. Justin Miller was called from the bullpen to retire the next two batters.

With the game tied in the seventh, both managers started making roster changes, and then made more roster changes. For the next nine innings, only the bottom of the 13th saw no replacements.

The Dodgers had a chance to make this a non-historic game in the bottom of the ninth. With Rex Brothers now pitching for Colorado, Scott Schebler led off with a walk. Seager hit into a fielder’s choice, but Rockies second baseman D.J. LeMahieu dropped the ball. With runners on first and second, Scott Oberg replaced Brothers on the mound. On the first pitch to Heisey, Schebler and Seager attempted a double steal and Schebler was caught between short and third for the first out (C-SS-3B). Seager advanced to second on the play. Two strikes later, Oberg uncorked a wild pitch, allowing Seager to get to third. Oberg then walked Heisey, but he did retire Yasmani Grandal on a popout into foul territory near third base. Rockies manager Walt Weiss then yanked Oberg in favor of Christian Friedrich, the third pitcher of the inning. Friedrich retired Andre Ethier on a lineout to left-center, and the game entered extra innings.

In the 11th inning, in the span of about 20 minutes, Heisey “blew the game when he slipped on a leaping attempt at the wall in center field, then saved the game with a swinging bunt that scored the tying run.”1 Justin Morneau drove a ball to the wall and Heisey did not make the play, allowing Morneau to motor to third for a triple. Then LeMahieu drove in the go-ahead run with a single, only to be picked off at first by Dodgers reliever Juan Nicasio. This brought a challenge from the Rockies dugout, and after review, the call was upheld. The tag had hit LeMahieu’s arm before he was back on the base. In the bottom half, Schebler walked and went to third on Seager’s single. Heisey hit an infield dribbler that brought in Schebler to knot the score again.

When the 13th inning had concluded, the game was still tied, 4-4, and both squads had used exactly 50 players. According to the Los Angeles Times, “More fans than that remained, but not by much.”2

And then came the 16th inning. It was Mat Latos ’s first career relief appearance. He struck out Colorado’s Carlos Gonzalez to start the inning. Gonzalez had fouled a ball off his foot, stayed in the batter’s box to strike out swinging, but did not return. Nolan Arenado swung at the first pitch he saw from Latos, a 95-mph fastball, and launched the ball beyond the fence in right-center field, where it landed 431 feet from home plate.

The Rockies listed 14 active relievers on their roster. In this game, they used 13 — working 12 on the mound and inserting Jason Gurka as a right fielder in the bottom of the 16th. When Gonzalez went down, the Rockies were out of outfielders. “I was nervous,” Gurka said. “The whole time I was out there, I was saying, ‘Please don’t hit it to me.’”3 Gonzalez Germen was now the 13th pitcher for the Rockies. Seager, batting with one out, stroked a single into right, but Gurka fielded it cleanly. Heisey walked, and the Dodgers tried to create a rally. However, Grandal hit a first-pitch grounder to second, and Heisey was forced out, Ronald Torreyes struck out on three pitches and the game ended with the Rockies’ 5-4 victory.

The 30 players used by Colorado set a club record and tied the major-league record for most players used in a game.4 Los Angeles also set franchise records with 11 pitchers and 28 players total. The total of 58 players combined by two teams established a new major-league record. This was only possible because the rules for the final month of the season allow teams to expand their rosters from 25 to 40 players, which “fundamentally alters the way the game is played at the time of the year when the results matter most.”5 After each starter pitched six innings and allowed three runs (giving both Anderson and Rusin a quality start), 20 of the 22 relievers pitched one inning or less. Only Brooks Brown for the Rockies and Pedro Baez for the Dodgers went out to the mound for a second inning.

After the game, which lasted for 5 hours, 23 minutes, Mattingly said, “We had a few chances. This time of year, you don’t expect to run out of guys but we pretty much ran out of guys.”6 Colorado skipper Weiss said, “We had a little bit of everything tonight. It was weird all around. A pitcher ends up in right field at the end and it rains in LA. I don’t even know how many players we used. It was a strange game.”7

Arenado’s 39th home run of the season tied him with the Washington Nationals’ Bryce Harper for the National League lead. Arenado commented that his homer was “a relief more than anything. We battled. It was a long game. Obviously that home run was great, but our pitchers kept us in the game so I could do that.”8

Even with the loss, the Dodgers’ magic number dropped to 11, as the San Francisco Giants lost to the Cincinnati Reds. The Dodgers went on to capture the National League West Division crown.

Perhaps putting things into perspective, Los Angeles reliever Ian Thomas entered the game in the top of the 10th inning with two outs. Thomas had been recalled by the Dodgers from Triple-A Oklahoma on September 1.9 The lefty retired the only batter he faced, Gonzalez, on a grounder to short. Ironically, Thomas wore Number 58 for the Dodgers.

4 The Oakland Athletics set the record by using 30 players in a 15-inning game against the Chicago White Sox on September 19, 1972. The White Sox used only 21 players, and each team used seven pitchers, as Chicago defeated Oakland 8-7.

9 Thomas had five call-ups in 2015 between the Dodgers and Braves, as he was traded earlier in the season as part of a Juan Uribe–Alberto Callaspo deal.