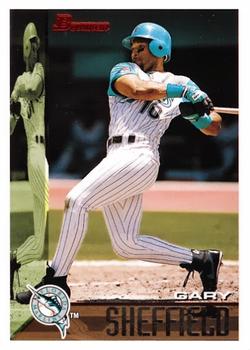 In 1995 the Florida Marlins and Colorado Rockies were both in their third season, albeit a strike-shortened one. But for newly minted expansion teams, the clubs were pretty solid.

That season, the Rockies, managed by Don Baylor, spent 117 days in first place, finished second in the National League West Division with a 77-67 record, and won the first wild card, marking the first time either of the teams made it to the postseason. The Marlins, led by Rene Lachemann, finished fourth in the NL East at 67-76, 22½ games behind the division-leading Atlanta Braves. They both scored and allowed 673 runs and had a Pythagorean record (a hypothetical record based on runs scored and runs allowed) of 72-72.

While the Rockies were more successful in terms of record and achievement, they scored two more runs than they gave up (785 to 783) and had an identical Pythagorean record of 72-72.

In short, the teams displayed roughly equal skill on the field but were highly unequal in terms of their luck and final record.

But while the Marlins had bad luck throughout the season, this wasn’t the case on Sunday, September 17, at Coors Field, in Denver. In fact, on that Sunday afternoon the Marlins got something better than luck, they got runs and plenty of them.

The scoring began in the first inning when the Marlins tallied four runs against Rockies starter Bryan Rekar. Quilvio Veras led off the game with a double. Jesus Tavarez got a bunt single to third and Gary Sheffield slugged a double to left field, scoring both runners.

Terry Pendleton drove in Sheffield with a double, and a wild pitch and Andre Dawson’s sacrifice fly moved Pendleton from second to home. Before the Rockies came to bat, the Marlins had a 4-0 lead.

The Marlins scored just one run from the second through the fourth, and the game probably appeared relatively normal. This sense of normalcy ended abruptly in the fifth inning, when the Marlins exploded for eight runs.

The top of the lineup again started the attack. Tavarez and Sheffield singled. Cleanup hitter Jeff Conine drove them both home with a triple. Rockies manager Baylor pulled starter Rekar for reliever Mark Thompson. A frustrated Rekar asserted after the game that the Marlins had some “fortunate hits,” including “three infield hits in four innings.” His boss, Baylor, disagreed, commenting that “line drives are not bad breaks.”1

Thompson, the new pitcher, surrendered a home run to the first batter he faced, Terry Pendleton, which made the score 9-0.

With the bases cleared and the lower half of the Marlins order coming to bat, it was an opportunity to limit the damage.

The Rockies were not so lucky.

Dawson, Charles Johnson, Veras, Sheffield, and Pendleton all followed with a hit or a walk. By the time the Rockies finally got the third out, the Marlins had run up the score to 13-0.

In that inning, 14 Marlins batted. Every Marlin reached base except Pat Rapp, the pitcher, and he drove a run in on a fielder’s choice.

The Marlins added one run in the sixth, two in the seventh, and one in the ninth, for a final score of 17-0. Gary Sheffield, who had recently returned from surgery and a 2½-month absence with a torn thumb ligament, went 5-for-5, establishing a record for the young Marlins franchise. After the game he said, “I’ll always remember this day. Five hits don’t come every day. You have to enjoy it.”2

Sheffield and Pendleton led the Marlins with four RBIs each. Catcher Charles Johnson drove in two, as did Jeff Conine and Chuck Carr. who had entered the game after 4½ innings, to replace Andre Dawson. Carr doubled in a run in the seventh and hit a solo home run in the ninth.

And while the Marlins were prolific, the Rockies were horrendously hapless, getting only one hit off Rapp, who pitched a complete game. The hit was a bloop single by Dante Bichette with two outs in the fourth inning. The ball was hit to shortstop and fell between Kurt Abbott, Sheffield, and Tavarez. After the game, Abbott smiled and lamented, “It’s unbelievable, that stinkin’ popup that just dropped in between us is the only hit they got.”3

Rockies manager Baylor agreed, saying, “You’ve got to take your hat off to Rapp. … He probably should have had a no-hitter.”4

Rapp, a 6-foot-3 right-hander, was excellent all afternoon, striking out seven and allowing only three baserunners. He hit a batter and walked one in the seventh. That inning was the only one in which the Rockies had a runner in scoring position, and Rapp faced more than three batters in only two innings. Rockies slugger Bichette observed that Rapp “pitched a great game. He had a good fastball, threw all of his pitches for strikes. He had a big lead and he knew what to do with it.”5

Rapp said it felt unusual to pitch with such an unassailable lead. He said he decided to sit “in the dugout by myself and act like it was a 0-0 game.”6

Rockies outfielder Bichette lamented that “we got beat up pretty bad today.” First baseman Andres Galarraga thought that it might be best to “forget this one.”7

Perhaps Baylor summarized it best when he wryly noted that “with two touchdowns and a field goal, we could have tied … but time ran out on us.”8

In addition to being a blowout, the game had some other interesting points.

It was Craig Counsell’s debut game; he replaced Rockies’ outfielder Larry Walker once the game got out of hand. Counsell was traded to the Marlins in 1997 and starred in the postseason as the Marlins won the World Series. In 2015 Counsell was named manager of the Milwaukee Brewers.

In addition to the sources cited in the Notes, the author consulted baseball-reference.com, sabr.org, and retrosheet.org. Thanks to the Denver Public Library and SABR member Jim Wohlenhaus for assistance in obtaining Colorado newspaper coverage of this game.