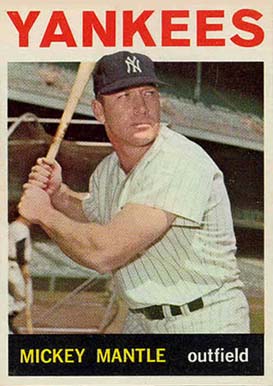 When the Yankees took the field at Comiskey Park on Chicago’s South Side, the question wasn’t whether the Bombers would capture their seventh pennant in eight years since Casey Stengel took over as skipper in 1949, but rather when they would clinch. Catapulted by a 27-6 run, which ended on July 30, the front-running Yankees (92-52) owned an 11-game lead over the Chicago White Sox (80-62), against whom they were wrapping up the season series in a one-game showdown.

The Yankees were an offensive juggernaut in ’56, leading the majors in runs scored (857) and the AL in round-trippers (190). The team counted Yogi Berra, Moose Skowron, and Hank Bauer among its home-run threats; however, the star of the show was 24-year-old Mickey Mantle. Longtime New York Times sportswriter Arthur Daly gushed that “Mantle’s hitting throughout the major part of the season was the single biggest factor” in the Yankees’ pennant drive.1 Already in his sixth full season, the Commerce Comet was coming off a stellar campaign in 1955, having led the AL in home runs (37), triples (11), slugging percentage (.611), and on-base percentage (.431). The 5-foot-11, 195-pound plug of power upped the ante in ’56, entering the game leading the majors in round-trippers (49) and runs batted in (121); however, a slump since the beginning of September, during which he batted just .208 (11-for-53), dropped his batting average to .350, two points behind Boston’s Ted Williams, and endangering the young slugger’s quest to capture the Triple Crown.

The game’s pitching matchup featured the “league’s finest lefthanders,” opined scribe Joe Trimble of the New York Daily News.2 The Ol’ Perfessor sent Whitey Ford, leading the majors at the time with a 2.58 ERA, to the bump. The 27-year-old was 18-5, which pushed his career slate to 79-27 in parts of five seasons. The Pale Hose skipper, Marty Marion, countered with 29-year-old Billy Pierce, who was coming off a 10-inning complete-game victory over the Red Sox five days earlier for his league-leading 20th victory, improving his career record to 114-97.

On a pleasant Tuesday evening with temperatures in the high 60s, a robust crowd of 31,694 packed the Base Ball Palace of the World for the eighth game of the White Sox’ 13-game (and final) homestand of the year.

Pierce looked dominant to start the game, punching out Billy Martin and Mantle to roll through a 1-2-3 first. Ford registered two quick outs, then former two-time long-ball champ Larry Doby blasted a towering home run, sailing an estimated 420 feet and landing in the lower left-field stands.3 It was Doby’s 20th clout of the season and his sixth against the Yankees.

While Ford looked shaky, working around a single and a walk in the second, Pierce cruised, retiring the first 10 batters he faced. That changed when Martin hit a bloop popup to shallow right that second baseman Nellie Fox bobbled and dropped after calling off right fielder Bubba Philips. It was a “difficult chance,” admitted sportswriter Robert Cromie of the Chicago Tribune, who added that “Phillips probably could have handled [it] more easily.”4 Mantle tied the game on a run-scoring single to right.

Ford’s struggles continued in the fourth when Walt Dropo led off with a single and moved to third on Sherm Lollar’s double. But the Chairman of the Board escaped trouble by inducing two infield grounders sandwiched around a foul popup to end the frame.

In the eighth inning, Dropo’s seventh home run of the season broke the 1-1 tie and gave the White Sox the lead, 2-1.

Pierce entered the ninth having allowed only five baserunners on three hits, a walk, and an error, then yielded his hardest-hit ball of the game. Described by sportswriter John Drebinger of the Times as “the Yanks’ fiery second sacker and the apple of Stengel’s’ right ear,” Billy Martin belted a long fly “off the wall in right center” for a triple.5 According to Cromie, center fielder Larry Doby “barely missed catching [the ball] after a desperate run that ended with him crashing onto the wall.”6 After Mantle fanned, Berra hit what Cromie called a “fluke” popup down the left-field foul line, just out of the reach of shortstop Luis Aparicio and left fielder Minnie Minoso, to tie the game. Coming off his third AL MVP Award in five seasons, Berra extended his hitting streak to 17 games. (It eventually ended at 19 contests.)

In an old-fashioned pitching duel, both aces took the mound in extra innings. After Pierce worked a 1-2-3 10th, Ford escaped a leadoff single by Aparicio when Doby grounded into an inning-ending 4-6-3 twin killing.

In the 11th Pierce retired Bauer on a fly to deep left and fanned Martin. Mantle, the “Oklahoma Muscle Man,” mused Drebinger, swung at Pierce’s first pitch and sent a mighty wallop into the upper deck in left field to give the Yankees a 3-2 lead.7 A jubilant Mantle quipped after the game that he wasn’t sure what kind of pitch it was, just that it “was high and either a fast ball or slider.”8 Mantle joined a very exclusive club of 50-home-run hitters, joining Babe Ruth (four times), Hack Wilson, Jimmie FoxxHank Greenberg, Johnny Mize, Ralph Kiner (two times), and Willie Mays. Also, Mantle’s home run was the Yankees’ 182nd of the season, tying the AL record set by the ’36 club, led by Lou Gehrig and rookie Joe DiMaggio.

Despite Mantle’s dramatic clout, the excitement did not abate. After Berra fouled out to end the 11th, the Cuban Comet, Minnie Miñoso, led off the bottom of the frame with a single and moved up a station when Dropo walked, sending Ford to the showers. In came relief specialist Bob Grim, who two years earlier had won 20 games as a swingman and received the AL Rookie of the Year Award. He induced Lollar, one of the slowest men in the league, to hit into a crowd-hushing 6-4-3 double play while Minoso reached third. Grim struck out the next batter, Jim Rivera, to preserve the Yankees’ 3-2 victory and end the game in 2 hours and 55 minutes. More importantly, he clinched the Yankees seventh pennant in eight seasons and their 22nd since 1921.

The Yankees had little time to celebrate their pennant as they had to catch a midnight train from the 63rd Street Station. Scheduled to arrive back in New York City late the next night, the players surely had time to savor the victory in Pullman coaches.

The Ol’ Perfessor was as feisty and confident as ever. “I don’t care who wins the National League race,” he quipped when asked about whom he preferred to play in the World Series. [The Brooklyn Dodgers and the Milwaukee Braves were tied after games on September 18, with Cincinnati Reds 4½ games back in a heated struggle.] “We beat Pierce tonight. Have they got anyone in that league who’s as good as Pierce?”9