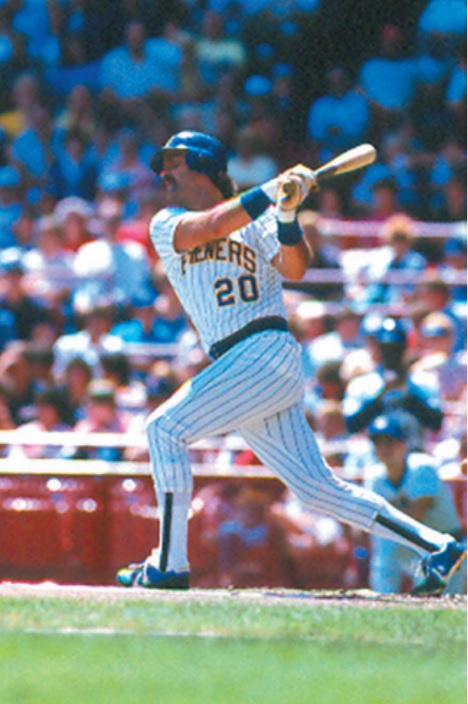 Pete Vuckovich’s consistency contributed to his American League Cy Young Award season in 1982. Teammate Gorman Thomas had a consistent remark for Vuckovich after each of his victories that season. After Vuckovich went the distance in the Brewers’ 4-3, 11-inning victory over the Boston Red Sox on September 20, Thomas uttered the same remark to Vuckovich for the 18th time that season: “You’re the worst, Vukie. You’re the worst.”1

Despite that remark, Thomas had deep respect for Vuckovich. “He’s the best,” Thomas said. “I call him the worst, but he’s the best. It’s getting to the time of the year where you have to win. Vukie is one of the best I’ve ever seen in baseball. He’s the kind every ballclub would like to have. Just give him the ball and he’ll do everything he can to beat you.” Thomas had just watched Vuckovich consistently pitch out of jams in the complete-game win over the Red Sox. The 6-foot-4 right-hander threw 162 pitches while allowing 11 hits, walking four and hitting a batter. But Vuckovich coaxed the Red Sox to hit into five double plays, tying a Brewers’ team record.

The victory was Vuckovich’s eighth consecutive win, which also tied a club record (held by Mike Caldwell and Vuckovich himself). It was the third time Vuckovich had won eight games in a row since he joined the Brewers for the 1981 season. The victory improved Vuckovich’s record to 18-4 for the season and 32-8 since joining the Brewers. According to the Milwaukee Journal, “Vuckovich is not an ordinary pitcher. His performances might not be tidy, but they’re usually successful.”

But it hadn’t been the easiest of wins. In fact, the Brewers were within one strike of a 3-2 loss before the heroics of two other consistent Brewers rescued them. Red Sox starter Dennis Eckersley took a 3-2 lead into the bottom of the ninth and quickly retired Cecil Cooper and Ted Simmons. Eckersley then got two strikes on Ben Oglivie, but then Oglivie connected with his next pitch for a game-tying home run. It was Oglivie’s 31st home run of the season. “Before I got up at bat, after Teddy made the second out,” Oglivie said, “I’ll say, yes, I was trying to hit it out. … I know the percentages are very low in a situation like that. The chances are very slim. But with two outs, and no one on, I was thinking about a home run. Everyone in the park knew it.”

Eckersley, who had thrown just 85 pitches before Oglivie’s home run, didn’t second-guess himself. “He’s a low-ball hitter,” Eckersley said. “And I get him out throwing high balls. I just threw what I normally throw. You might second-guess me, but I’d do it again. That ball just wasn’t high enough.”

Vuckovich retired the Red Sox in the 10th and 11th innings to give Thomas the opportunity to do what he had done consistently all season — provide the big RBI.

Robin Yount led off the bottom of the 11th with an infield single off Bob Stanley, who had entered the game in the 10th inning. Cooper followed with a single. Simmons moved the runners up with a sacrifice to bring Oglivie to the plate. The Red Sox intentionally walked him to load the bases.

Thomas, who had hit a solo home run in the second inning (his 38th home run of the season), then hit a sacrifice fly to score Yount with the winning run. “I was just trying to stay away from hitting into a double play,” Thomas said. “You know what kind of pitcher Stanley is. He usually keeps the ball down.”

The victory, Milwaukee’s 90th of the season, was just the Brewers’ fifth in 18 extra-inning games in 1982. Coming off a three-game sweep of the New York Yankees, the Brewers into the game with a two-game lead over the Baltimore Orioles in the AL East Division. The Orioles defeated the Detroit Tigers, 3-1, that night and remained two games behind with 12 games left in the regular season.

The AL East title wouldn’t be decided until the final day of the regular season. The Brewers took a three-game lead over the Orioles into a season-ending four-game weekend series in Baltimore. But the Orioles swept a doubleheader (8-3 and 7-1) on Friday, October 1, then won 11-3 on Saturday to tie the Brewers for first place with one game remaining.

1 All quotations in this article are from the Milwaukee Journal, September 21, 1982.