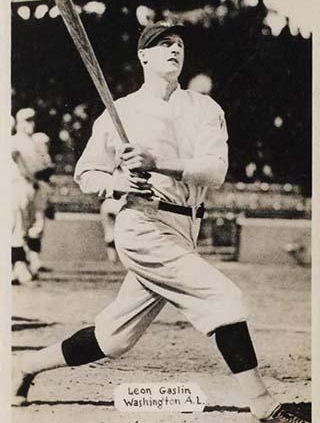 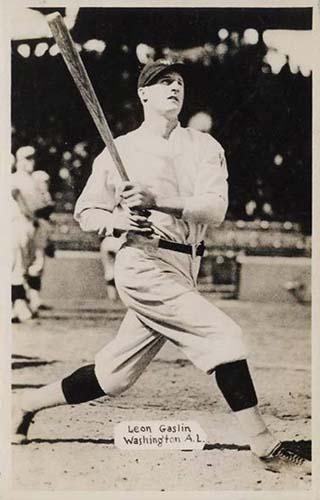 September 21, 1933, the last day of summer, was ladies day at Griffith Stadium. A Washington Senators policy since 1929, this ladies day could be special. The Senators came into their final game of the season against the St. Louis Browns needing just one more victory to claim the team’s first pennant since 1925.

It had been a remarkable summer for the Senators. The team struggled through the early months of the season but in late June emerged as a legitimate pennant contender. During the next six weeks the Senators battled the Yankees for the league lead. Then in August, Washington began to pull away. Clawing out a 10-game lead, the Senators effectively ended the pennant race by early September. With little more than a week left in the season and the second-place Yankees still 7½ games back, it was a forgone conclusion that Washington would win the pennant. The only question was when. As Senators fans filed into Griffith Stadium on September 21, they hoped this would be the day.

The two teams knew each other well. During the winter three players from each club had been traded to the other. All except one, St. Louis pitcher Lloyd Brown, were in the lineup. Four outfielders, Goose Goslin and Fred Schulte, now with the Senators, and Sam West and Carl Reynolds of the Browns, were also part of the switch. The Senators’ starting pitcher, Lefty Stewart, a regular in the St. Louis rotation since 1927, had been the final piece of the trade. The Browns’ starting pitcher, Bump Hadley, though not part of the trade, also knew Washington well. He had broken into the major leagues as a Senator and was with them for six seasons prior to 1932 when he was traded to the White Sox and then on to the Browns.

For Leon “Goose” Goslin, the trade brought him back to where he had begun his major-league career 12 years earlier. Acknowledged to be one of the best hitters in baseball but a liability in the field, he had been traded in June 1930 for Heinie Manush and General Crowder. Disappointed with Goslin’s play in 1932 season and irritated by his happy-go-lucky approach to the game, Browns manager Bill Killefer was anxious to get rid of the Goose. Clark Griffith was just as anxious to add him to a lineup that already included Joe Cronin and Manush.

The game opened with a leadoff single by Browns third baseman Art Scharein but following Scharein’s hit both teams were retired quietly. In the second, after the Browns went down in order, the Senators broke through with a run. Center fielder Fred Schulte knocked a one-out single to center. He went to third on a hit by first baseman Joe Kuhel and scored on Bob Boken’s fly ball.

During the next four innings the two pitchers adroitly cut through opposing hitters. Though both teams put together minor threats, neither was able to push across a run. The Browns in the third got their first two hitters on base but, assisted by a poorly placed sacrifice bunt attempt, Stewart quashed the threat. The Senators matched the effort an inning later when, with one out, Joe Cronin walked and Fred Schulte singled to center. From there Hadley easily handled the short-lived threat by getting Kuhel to pop up and striking out Boken.

Bump Hadley was a pitcher who relied almost exclusively on his sizzling fastball but struggled with control. Early in his career, some compared his fastball to that of Walter Johnson. By 1933 he had established himself as a workhorse on the mound. Two years earlier, while still with the Senators, he led the league in pitching appearances and in 1933 he was on his way to leading the league in innings pitched. A year earlier he led the league with 21 losses. It was his second straight 20-loss season. Despite his record, Hadley was a feared pitcher and the closest thing the Browns had to an ace. When he had his control, Hadley could be a very effective hurler, and on this day he appeared to have his control.

In the top of the seventh, the Browns finally got to Stewart for a run. Right fielder Bruce Campbell led off with a walk. Ski Melillo, the Browns’ second baseman, followed with a double that scored Campbell. Had it not been for a questionable attempt by Melillo to take third on a ball hit to shortstop Cronin, the Browns might have added to their seventh-inning tally.

Joe Cronin was clearly the heart and soul of the Senators. Only 26, he was already acknowledged to be among the best players in the game. Prior to the start of the 1933 season, team owner Clark Griffith, hoping both to maximize Cronin’s talents and economize on salaries, made his star shortstop the team’s manager as well. In the grip of the Great Depression, many teams sought ways to cut back expenses. In that sense, Griffith was among the more aggressive owners. Nine years earlier he had made a similar gamble by promoting young Bucky Harris to player-manager status. The move led to a World Series championship. Despite concerns that Cronin might not be up to the dual role, Griffith’s experiment again appeared successful. Cronin was having another excellent season as a player and the Senators were about to claim another pennant. Most agreed that “much of the praise for bringing Washington back to the top was directed tonight toward the 26-year-old Cronin.”1

The Senators wasted no time taking the lead back. In the bottom of the inning, Kuhel laced a one-out single to center field. Boken followed with a walk and catcher Luke Sewell smacked a double to center. Kuhel scored and Boken ended up at third. Had it not been for “some dizzy base running” on the next play, the Senators might have tallied another run.2  Pitcher Stewart hit a ball to shortstop. Boken broke for the plate but stopped midway down the line and was tagged out in a rundown. Hadley then struck out Buddy Myer to end the inning.

In the top of the eighth inning, Stewart got the first three in order. In the bottom of the inning, with the pennant just six outs away, another potential Senators rally sputtered when Cronin, who had doubled, was picked off second. In the ninth the Browns refused to go easily. Campbell led off with a single but became the front end of a double play, the fourth of the game for the Senators. Down to the last out, Melillo, who had driven in the Browns’ only run, launched a shot to deep left-center field. In a flash, Senators left fielder Heinie Manush raced back and “ended the game with a brilliant one-handed catch.”3 The American League pennant was back in Washington.

Even before Manush was in the dugout, thousands of fans, many of them women, rushed onto the field to embrace their heroes. “Hard-bitten big leaguers became broken-field runners as they dodged 10,000 men and women, berserk with joy. …”4 Inside the clubhouse, cameras flashed and backs were slapped. Through it all, Heinie Manush tightly grasped the ball he had caught to end the game. Meanwhile, giddy fans waited outside the clubhouse door to collect autographs.

While every Washington player was a target for the adulation, it was Cronin whom most wanted to see. Fans surrounded his car and refused to allow it to be moved until they had gotten a glimpse of the Senators star. Eventually Cronin sent a decoy to his car while he attempted to sneak out through the dugout entrance. The bluff failed. About halfway across the outfield, he was spied by happy fans and chased into a utility room. Eventually a police escort enabled him to leave the ballpark.5