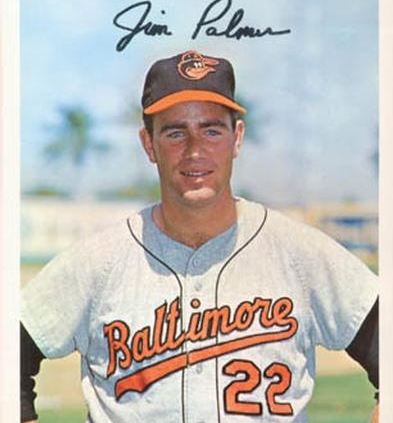 But in 1966, the men brandishing the Maryland state bird as their symbol ruled the metropolis by the Chesapeake Bay. When the Baltimore Orioles swept the storied Los Angeles Dodgers in the World Series, fans of underdogs everywhere were justified in their beliefs that upsets, even deeply implausible ones, can happen.

Before facing the Dodgers, the Orioles feathered their nest with the American League pennant: The feat happened on September 22 with a 6-1 victory over the Kansas City Athletics (70-83) in the latter’s ballpark.

Lew Krausse, a 14-9 pitcher in 1966 with a 2.90 ERA, kept the Orioles (94-58) scoreless for the first two innings. Jim Palmer (14-9, 3.44 ERA), the cornerstone of Baltimore’s pitching squad, gave up Kansas City’s sole run of the game in the bottom of the second when right fielder Larry Stahl doubled, then scored on a two-bagger by rookie third baseman Sal Bando, who had debuted on September 13.

In the top of the third, the Orioles put up two runs. Krausse walked Luis Aparicio (future Hall of Fame shortstop and 1966 American League leader in plate appearances and at-bats) and retired Russ Snyder with an infield out. Aparicio advanced to third on Cincinnati import Frank Robinson’s single. (Robinson came to Baltimore in a trade the previous December that sent hurlers Milt Pappas and Jack Baldschun, along with outfielder Dick Simpson, to the Reds,). What Baltimore Gas and Electric was to the city’s power grid, Robinson was to the Orioles lineup — he won the Triple Crown and the AL MVP Award in 1966.

Though not a severe threat, or even a minimal one, on the basepaths — he stole eight bases that season — Robinson swiped second base after his hit.

With two runners in scoring position, the Orioles got a break from the A’s defense when Bando, who played 11 games in 1966, committed one of his two errors that season. It allowed Brooks Robinson to get to first base and Aparicio to score. Frank Robinson went to third base and scored when power hitter Boog Powell — 34 home runs and 109 RBIs that season — hit a 4-3 groundout. Krausse prevented further trouble by getting Curt Blefary to fly to right.

Baltimore’s lead remained at 2-1 for the next two innings. It got padding in the top of the fifth, beginning with Snyder’s double and a wild pitch. Frank Robinson got his second hit of the game when he doubled home Snyder, then scored on Brooks Robinson’s double. Athletics manager Alvin Dark yanked Krausse and sent in Gil Blanco, who looked as if he would fare no better when a wild pitch sent Robinson to third. With no outs, Blanco needed to halt the damage with Powell, a .287 hitter in 1966, at the plate. A’s fans exhaled when Powell grounded into another 4-3 play, then Blefary and Davey Johnson went down on an outfield fly and a pop fly to second base, respectively.

The A’s tried to shake things up in the bottom of the fifth. Rookie John Donaldson pinch-hit for catcher Phil Roof and struck out. Randy Schwartz went to bat for Blanco and flied to Snyder in center field. Palmer retired A’s shortstop Bert Campaneris (AL leader in stolen bases 1965-1968, 1970, and 1972) with an infield out.

The top of the sixth saw changes for Kansas City on defense. Tim Talton moved from first-base duties to replace Roof as the backstop; Catfish Hunter, in his second major-league season, substituted for Donaldson. Schwartz took the field and replaced Talton at first.

Hunter retired Baltimore catcher Andy Etchebarren, playing in his first full major-league season, with a 5-3 groundout. Etchebarren’s batterymate, Palmer, whiffed. But Baltimore rallied and extended its lead with another two runs to make the score 6-1. Aparicio banged a two-out single, stole second base, and scored on Snyder’s double. Frank Robinson sent Snyder home with another double, his third and final hit of the game. Brooks Robinson’s strikeout ended the rally.

The score stayed 6-1. Dark sent Joe Grzenda to the mound in the seventh and Ken Sanders in the ninth. Snyder made a diving catch of Dick Green’s liner to end the game.1 “I got cold chills when there were two out in the ninth,” said perennial All-Star Brooks Robinson. “I just didn’t believe we were finally going to win it.”2

Winning the AL flag validated Orioles owner Jerry Hoffberger, who considered the team not to be an investment for his bank book — at least not solely — but a reflection of his passion, loyalty, and civic responsibility. “I didn’t buy this club to get my name in the newspapers, only to win,” declared Hoffberger during spring training. “I made money in Baltimore and now I want to give the people a pennant.”3

Orioles manager Hank Bauer tasted pennant-winning glory nine times and won seven World Series titles as a player with the Yankees, alongside Mickey Mantle, Yogi Berra, and other great players in pinstripes during the post-World War II era. “And none of those Yankee pennants meant as much to me as this one,” said the Baltimore skipper. “It’s different when you’re the manager.”4

The pennant gave Baltimore’s baseball fans their first championship since 1896, when “separate but equal” became the law of the land, the United States admitted its 45th state, and the Dow Jones Industrial Average was created. Led by John McGraw, the Orioles dynasty of the 1890s won three consecutive titles in the National League.

The Birds had an outstanding year in 1966: Their record after 20 games was 16-4. In June they were 25-8. But the team descended after getting the AL flag, going 2-5 for the rest of the season. Despite the Orioles’ excellence, they were not a significant draw for the Athletics’ rooters: 5,250 filed into Kansas City Municipal Stadium to watch their seventh-place team face Palmer, who threw on four days’ rest. It was his sixth and final complete game of the season.