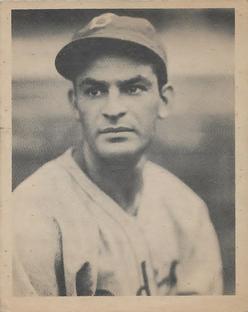 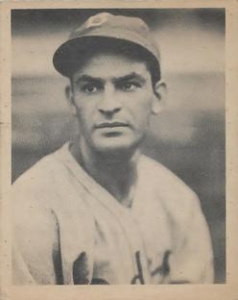 To say neither the Dodgers nor the Phillies had much success in the years leading up to 1939 is to say the least. The Dodgers hadn’t won a pennant since 1920 and had finished sixth or worse 12 times in the 18 years since. They had become so comically inept that they were being called the Bums. The Phillies’ last pennant had been further back, in 1915. They had good teams in 1916 and 1917, but faltered greatly thereafter. Between 1918 and 1938, their record was 1,204-1,957 (.381), they never finished in the first division in the eight-team NL (above fifth place), and they finished last or next to last 16 times in those 21 seasons.

As usual, neither team was in contention for the pennant entering this late September game. The Phillies had lost 18 of their previous 22 games, their record was 44-97, and they were 44½ games behind the first-place Cincinnati Reds.

The Dodgers had been playing much better than the Phillies. They had won 21 of their past 33 and had a record of 74-66, but were still 14 games out of first place.

The Dodgers started Tot Pressnell in the first game of the doubleheader. Pressnell had come up with Brooklyn the year before. He had a losing record of 11-14 in 1938, even though his ERA was better than average, at 3.56. Coming into this game, his record was 8-6 with an ERA of 4.19.

Higbe’s ERA would not decrease this afternoon. Brooklyn’s Pete Coscarart led off the top of the first inning with a single to left. Cookie Lavagetto followed with single to right that moved Coscarart to third. Next, Dixie Walker and Dolph Camilli hit consecutive triples, Walker’s to right and Camilli’s to center. The Dodgers had a 3-0 lead with a runner on third and nobody out. Phillies manager Doc Prothro pulled Higbe with a quick hook. New York Daily News reporter Jack Smith wrote, “The first man (Higbe) retired was himself.”1

The relief pitcher was Bill Kerksieck. He was rudely greeted by Jimmy Ripple, who doubled to right, driving in Camilli. Kerksieck secured the first out of the inning when Gene Moore grounded out to first. But Al Todd’s single to center scored Ripple, who had taken third on Moore’s grounder. Johnny Hudson flied out and Pressnell struck out to end the inning. The Phillies were behind 5-0 before they came to bat.

In the top of the second, the Dodgers added a run. After Coscarart fouled out, Lavagetto hit Brooklyn’s third triple of the game. A single to left by Walker scored Lavagetto with the sixth run. The inning ended with a double play as Camilli struck out and Walker was thrown out attempting to steal second.

The Dodgers kept pouring it on in the top of the third. Kerksieck walked Ripple and Moore to start the inning. Todd singled to left, scoring Ripple and chasing Moore to third. Hudson grounded into a 4-6-3 double play as Moore scored. With two outs, even Pressnell got in on the action by hitting a single to center. Coscarart made Kerksieck pay for allowing the opposing pitcher to reach base. His two-run homer made the score 10-0 and earned Kerksieck a seat on the bench. His replacement, Ike Pearson, faced Lavagetto, who smacked a double to center for his third consecutive hit. The inning ended when Walker flied out.

The Phillies had been retired 1-2-3 in both the first and second innings and Pressnell set down the first batter in the bottom of the third. So Brooklyn had gotten 12 hits before Philadelphia got a man on base. Pressnell gave up his first hit, a single to catcher Bennie Warren. But the Phillies didn’t score, as Pearson flied out to right and Charlie Letchas grounded to second.

The Dodgers still didn’t stop. Camilli led off the fourth with a walk. After Ripple flied out and Moore grounded out, Todd singled to left. Then Hudson hit a three-run blast to make the score 13-0.

The Phillies scored a pair in the bottom of the fourth. With two outs, Joe Marty singled to center, Jack Bolling doubled to left, driving in Marty, and Jim Shilling tripled to center, scoring Bolling. The Phillies now trailed 13-2.

The Dodgers were finally held scoreless in the fifth. Coscarart flied out. Lavagetto singled but Walker hit into a 3-6-3 double play.

But Brooklyn jumped right back on the train to Runsville in the sixth. With one out, Ripple doubled to right. Next, Moore singled to right. The throw to third, an attempt to get Ripple, was late and Moore advanced to second. With first base open, Todd was intentionally walked. The tactic worked temporarily when Hudson grounded into a force at home. But the strategy was foiled when Pressnell got his second hit of the game. His single to center drove in Moore and Todd and made the score 15-2.

The Dodgers scored four more runs in the seventh. Lavagetto stayed red-hot with a single to center and moved to second on a passed ball. Walker reached on an error by second baseman Letchas and Lavagetto advanced to third. Camilli’s infield single scored Lavagetto and moved Walker to second. With men on first and second, Ripple smacked his third double of the game. That scored Walker and sent Camilli to third. After Moore popped out to second, Chris Hartje, pinch-hitting for Todd, drove in Camilli and Ripple with a single to left. Pearson then hit Hudson with a pitch, but Pressnell and Coscarart made outs to end the inning. Brooklyn now led 19-2.

The Dodgers capped off their scoring in the eighth. Singles by Lavagetto and Camilli were followed by Moore’s three-run homer into the upper deck of the center-field stands. As Pressnell coasted to a win, the Phillies scored single runs in the seventh and eighth innings. The first run scored on Warren’s single, the second on Shilling’s second triple of the game. The final score was 22-4. (The Dodgers also won the second game of the doubleheader, 8-0.)

Lavagetto went 6-for-6. With a chance for his seventh hit in the ninth inning, Lavagetto walked. Every Brooklyn starter had at least two hits. Walker, Camilli, Ripple, and Todd had three apiece. Lavagetto scored four runs, but surprisingly (with 28 other runners on base) was the only Dodger without an RBI. Ripple and Moore also scored four times. Every player besides Lavagetto had two or more RBIs. Walker, Moore, and Hudson each had three.

Including this one, the Phillies lost nine of their last 10 games of the season. They finished last again and their final record was a dismal 45-106 (.298). In the next 79 years, through 2018, only seven teams have finished with a lower winning percentage. On the other hand, the Dodgers kept playing well. They won nine of their remaining 12, which gave them wins in 31 of their final 46 games. Their final record was 84-69 (.549).

The Dodgers ended 1939 as a team on the rise. They increased their win totals in five consecutive years, from 1938 through 1942, and won the pennant in 1941. The dawn of the legendary Brooklyn Dodger teams came right after World War II. In 1946 they won 96 games, only to lose the pennant in a playoff series against the St. Louis Cardinals. They avenged that loss by winning six pennants in the next 10 years, including a long-awaited World Series victory in 1955.

In addition to the sources cited in the Notes, the author used baseball-reference.com, retrosheet.org, and baseball-almanac.com.