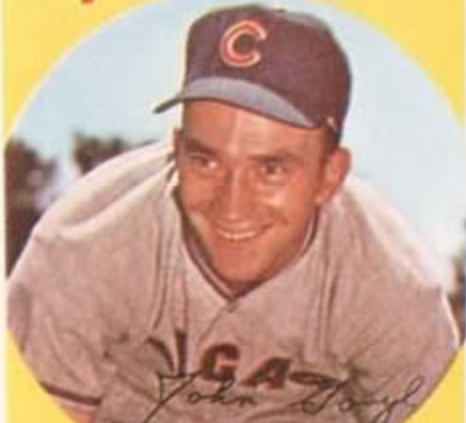 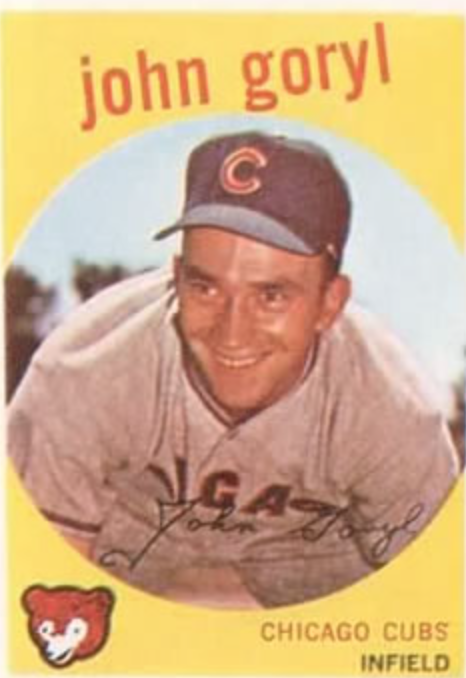 In his first season managing the Minneapolis Millers, Gene Mauch led the team to the pinnacle of minor-league baseball. The Millers marched through the postseason in 1958, beating Wichita in six games, sweeping Denver for the American Association championship, and then sweeping Montreal in the Junior World Series. The encore would not be so easy. In 1959, after winning its first-round series against Omaha in six games, Minneapolis fell behind the Fort Worth Cats three games to two in the final series. But the Millers fought back to win Game Six, 6-3, behind a well-pitched game by lefty Ted Wills. An optimistic Mauch commented after the game, “The club right now has the perfect attitude for winning. … The boys are just in the right state of mind.”1

There were questions about whether Game Seven would be played as scheduled – on Friday, September 25 – after a drenching rain soaked the field after Game Six. The rain fell for nine hours overnight without a tarp covering the infield. International League President Frank Shaughnessy had informed the American Association that he would be unable to get the International League champion Havana Sugar Kings into the United States for a Sunday game if the Association’s championship series went past Friday night.2

Both the Millers and the Cats hoped to get Game Seven in on its scheduled day so the Junior World Series could start on Sunday, a day sure to draw a large crowd. In a futile attempt to get the field in playable condition, several hundred gallons of fuel oil were burned on the infield during the afternoon. However, the field remained soggy, with standing water in parts of the outfield.3 “I’ve never seen a field in such poor shape,” Mauch observed before the game.4

The Millers sent Tom Borland to the mound for the decisive game. Borland had taken the loss in Game Three, when he lasted just 4⅓ innings, allowing two runs on seven hits and one walk, while striking out seven. Fort Worth countered with Al Lary, who’d already had a dominant performance in the series, hurling a four-hit shutout in Game Four. However, the big right-hander was working on just two days’ rest since that masterpiece.

The first run of the game came in the second inning. Millers cleanup hitter Joe Macko belted a solo home run, which was just fair and barely cleared the fence. It was the third home run in the series and fifth of the postseason for Macko, who played for Fort Worth in 1958 and for 104 games in 1959 before coming to the Millers in an early-August trade.

Fort Worth answered back in its next at-bat when Moe Thacker, who hit just .233 with eight home runs during the regular season, hit one over the left-field fence to tie the score.

An odd series of events in the Millers’ half of the fourth inning proved to be the decisive factors in the ballgame. Stu Locklin led off the inning by drawing a walk. Macko bunted and was safe when Fort Worth third baseman Emil Syngel’s throw to first was low. Red Robbins sacrificed both runners up a base. It appeared that Lary might escape the jam unscathed when he retired Ed Sadowski on a popup for the second out.

Johnny Goryl hit what appeared to be an inning-ending roller; however the ball hit a muddy spot, trickled past second baseman Jerry Kindall, and rolled into right field as two runs crossed the plate. “On a dry field I might have made the play,” said Kindall. “I was playing it to bounce and it slithered right through. I overran it, and didn’t have a chance to make a play. I really don’t know how I could have fielded it on a wet ground.”5 Mauch later commented, “Sure, it was lucky. But we’ll take it. It’s happened to us many times. It isn’t how it happens – it’s what is posted on the scoreboard that counts.”6 The mud-aided single put the Millers in front 3-1.

Borland took full advantage of the runs. After surrendering a single in the fourth, he didn’t allow another hit until the eighth, when Ed Phillips led off with a single. Pinch-hitter Ron Santo, a 19-year-old third baseman called up from Double-A for the playoffs, flied out for the second out. Thacker then singled, to put runners at first and second. Both advanced on a grounder to first by Jim Woods. With the tying runs in scoring position and two out, Borland got Ray Bellino to hit a hard grounder to Goryl at shortstop for the final out of the inning, and the Millers clung to their 3-1 lead.

Minneapolis added an insurance run in the eighth off reliever Joe Schaffernoth. Sadowski doubled to bring home Stu Locklin, who’d singled and gone to second on a sacrifice, to make the score 4-1.

Fort Worth cut into the lead in the ninth, when Kindall, a St. Paul native who starred at Washington High School and the University of Minnesota, led off the inning by driving a ball over the left-field wall for his third home run in three games. But Borland wasn’t to be denied. He retired Bob Will on a groundball to third, got Ken Walters to fly out to right, and struck out Syngel to finish the game and send the defending champions back to the Junior World Series.

After celebrating on the field, the triumphant Millers headed to the locker room to continue their festivities. The joyous scene prompted trainer Tommy McKenna to say it was the wildest locker-room celebration he’d ever seen.7

Borland had thrown a complete game, allowing two runs on five hits and a walk, while striking out seven. “First time I’ve beaten them all season,” the lanky left-hander exclaimed amid his celebrating teammates. “I’ve been hit pretty hard by them before, but I knew I had good stuff tonight as soon as I warmed up.”8

“I had the best stuff I’ve had in two years,” Borland declared. “Never won a ballgame I enjoyed winning more.”9 This was quite a statement coming from the pitcher who’d closed out the Millers’ four-game sweep of the Montreal Royals in the 1958 Junior World Series by throwing a complete game. “A magnificent job, absolutely magnificent,” Mauch gushed over his pitcher’s performance. “Look at the pressure he was under on every pitch. He actually seemed to get stronger as the game went along.”10

In two years at the helm, Mauch had won two American Association championships and was leading his team into a second straight Junior World Series, where they hoped to repeat. “This year’s team gave me a little more satisfaction in winning the playoffs than last year’s,” Mauch said. “We had our backs to the wall when we came back and won this one. Of course the latest one is the best one anyways.”11