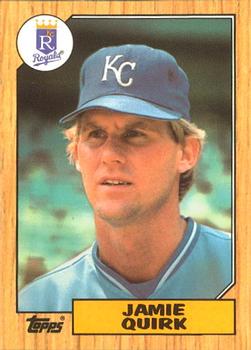 The rebuilding and fortunes of some major-league baseball teams tend to be cyclical. Especially those that do not have the ownership with the deep pockets who could buy the top-tier free agents every season. The Minnesota Twins were one of the former, not the latter. But the Twins were putting together a solid club that would challenge for the top spot in the American League West Division for years. Led by their fabulous rookie Kirby Puckett and hometown darling Kent Hrbek, the Twins had some solid blocks with which to build a foundation. Gary Gaetti was a solid third baseman; Mickey Hatcher a skilled batsman; Tom Brunansky had a lot of pop in his bat and could drive in runs.

Left-handed hurler Frank Viola led the pitching corps with 18 wins in 1984. He was backed by a couple of capable right-handers, Mike Smithson and John Butcher. The bullpen was anchored by Ron Davis. Acquired a couple of years earlier from the New York Yankees, Davis blossomed into one of the top closers in the big leagues. Used primarily as a setup man for Rich Gossage in New York, Davis flourished in his new role in the Twin Cities.

It had been several years since the Minnesota Twins were in the thick of a pennant race heading into the last week of the season. On September 23 they completed the home portion of their schedule by sweeping three games from Cleveland, and were tied for first place with Kansas City, each sporting 80-75 records. However, their last seven games were on the road. They dropped two of three at Chicago to push them to second place, a game and a half behind the Royals. They now headed to Cleveland for a season-ending four-game series.

As for the Indians, they had not been in the World Series since 1954, never mind being part of a serious pennant race. The Tribe was generally a competitive team through the 1950s, but the next three decades were dominated by losing seasons, threats of franchise relocation, poor attendance, and apathy. The club was in a constant rebuilding mode. At the end of 1983, the Indians dealt Len Barker, one of their better pitchers, to Atlanta for prospects Brett Butler and Brook Jacoby. In 1984 they dealt another hurler, Rick Sutcliffe, to the Cubs for Joe Carter and Mel Hall. It was a recognizable tactic by the Cleveland front office, only the names of the players changed. In two of the next three seasons, the Indians lost 100 or more games. Another renovation project loomed on the horizon.

Cleveland was playing out the string in the 1984 season. The Indians were looking at a sixth-place finish in the American League East, no matter how they fared in the final four games against Minnesota.

Indians catcher Chris Bando, who split time with Jerry Willard, was nursing a bruised leg. He had not started a game since September 19 at Seattle, but was available for pinch-hitting duties. However, the rigors of catching would have to wait another day. As an emergency precaution, the Indians signed Jamie Quirk to help with the catching duties if needed. Quirk, who was a former first-round selection in 1972 by Kansas City, had been released by the Royals at the end of the 1982 season. He signed with St. Louis in 1983. However, he was released the following season and accepted a job as the bullpen coach for the Cardinals in 1984.

When White Sox catcher Carlton Fisk was injured, Quirk signed on with Chicago. After a handful of games, he was sent to Denver, their Triple-A affiliate. He finished the season in Denver and was at home when the Indians came calling. “I’d like to do as good a job as possible over the last six games and hopefully earn an invitation to camp in the spring,” said Quirk. “I was at home in Kansas City when I got the call Sunday. I was just thrilled to death. I don’t care what the name of the city is, I’m back in the major leagues.”1

On Thursday, September 27, the first of the four games was to be played. It was paramount for the Twins to sweep the Tribe. They could not afford a loss. The pitching matchup was the Twins’ Smithson going against Don Schulze. Smithson was 15-13 and sported a respectable 3.71 ERA. Schulze, who came from Chicago in the Sutcliffe deal in June, was a spot starter for the Indians. He was making his 14th start and was 3-6.

The announced attendance was 3,752 at mammoth Cleveland Stadium. One would be hard-pressed to find a high-school football game in the area that did not outdraw the minuscule crowd at the ballpark. For six innings, both pitchers worked in and out of trouble. The Twins broke the scoreless tie in the top of the seventh inning when the eighth and ninth hitters in the Minnesota order came to the plate. Tim Teufel walked, and then Tim Laudner homered, and the Twins jumped out in front, 2-0.

Ron Washington led off the eighth with another homer off Schulze. After Hatcher singled, Mike Jeffcoat came in to replace the Tribe’s starter. Smithson cruised through the first seven innings. He did not record a strikeout, but scattered three hits and walked one.

The Tribe broke through in the bottom of the frame when Pat Tabler led off with a double and scored on a single by Willard. Davis came out of the bullpen to relieve Smithson. Tony Bernazard ran for Willard. Bando pinch-hit for Mike Fischlin and walked. Indians manager Pat Corrales was pulling out all the stops and sent Junior Noboa in to run for Bando. Butler bunted the runners to second and third. When Julio Franco grounded out to short, Bernazard scored to cut the lead to 3-2.

Joe Carter came to the plate and hit a ball that dribbled past Davis, and second baseman Teufel fielded the baseball with a bare hand to try to get Carter. But his throw was low and caromed off Hrbek’s shins. Carter was safe and Noboa raced around third with the tying score. “He had no play,” said Twins’ skipper Billy Gardner. “He shouldn’t have thrown. He wasn’t going to get anyone out.”2 Carter was credited with a base hit on the play. “It was the worst hit I have ever seen,” said Gaetti. “Next inning I walked, and I said to (first baseman) Carter, ‘You got all of that one, huh Joe?’”3

The score was tied at 3-3 heading to the ninth. Ernie Camacho came in to pitch. Quirk replaced Willard at catcher. Camacho retired the side around two walks. In the bottom of the frame, Davis looked to have found his old self, striking out George Vukovich and Tabler to begin the inning. Up stepped Quirk, who hit a 1-and-1 fastball into the stands just inside the right-field foul pole. “He threw me a curve before that,” said Quirk. “But I am not going to swing at a curve with less than two strikes.”4 It was his only game, and his only at-bat, as a Cleveland Indian.

“I was talking to some of the Royals at Paul Splittorff’s retirement party, and they knew we finished up against Minnesota,” said Quirk. “They said, ‘Hey, do what you can to help us.’ I don’t know what more I can do than this.”5 Said Hrbek, “Nothing good ever seems to happen to us in this place. It’s always cold and damp, it seems like.”6

Cleveland swept Minnesota, knocking the Twins clear out of the race, which was won by Kansas City. But the Twins continued to put the pieces together and won world championships in 1987 and 1991. That was one more than the vaunted Oakland A’s teams of the same era.

The Indians would have to wait a bit longer, another 11 years, before the franchise returned to the postseason. As for Jamie Quirk, he continued his playing career. He returned to the Royals the following season and finished his career with Oakland in 1992. He also spent 19 years as a coach on the major-league level. He served on the staffs of various managers on several teams. The latest was under Dale Sveum and the Chicago Cubs in 2012 and 2013.