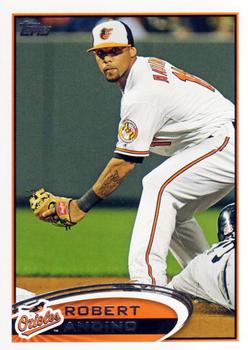 In 2010 manager Buck Showalter’s arrival seemed to provide a spark for the moribund Baltimore Orioles, who mustered a .596 winning percentage under Showalter after beginning the season with a brutal 32-73 record.

The 2011 Orioles had failed to continue that success, however. After starting the season 6-1, they fell off immediately with an eight -game skid. By September 1 they were already eliminated from the playoffs.

The Boston Red Sox were seemingly the Orioles’ antithesis. The Red Sox started the season 0-6, but by September 3 their record was 84-54 – a mere half-game behind the division-leading Yankees and a nine-game advantage over the nearest wild-card “contender,” the 75-63 Tampa Bay Rays.

In a stretch that was sure to please fans of Monte Carlo simulations and probabilistic scenarios, the Red Sox were a stunning 6-20 in September, including a 1-6 record against the Rays. Instead of the nine-game lead over the Rays they once held, as they entered the season finale at Oriole Park at Camden Yards, the teams were tied. But the Sox controlled their own fate. If they won, their season could not end without at least one more game.

To seek that win, Boston sent Jon Lester to the mound on three days’ rest for only the second time in his career.1 Lester had struggled in September, posting an ERA of 6.97 over his last four starts, but had dominated the Orioles in his career, entering the game 14-0 in 17 starts against Baltimore.2

The Orioles countered with Alfredo Simon, a pitcher whose role on the Orioles had been imperiled in the offseason by his implication as a suspect in a shooting in the Dominican Republic.3

The teams traded zeroes in the first two innings, each side putting a runner on in their respective halves of the first and second.

To begin the third, Simon walked the Red Sox’ number-nine hitter, third baseman Mike Aviles. Jacoby Ellsbury lined a single to left field, putting runners on first and second. The next batter, Dustin Pedroia, sharply grounded a single to center on the first pitch to him, driving in Aviles.

Still with two on, and still no one out, the Red Sox were well positioned to pad their advantage. Instead, slugger David Ortiz grounded into a double play. After an intentional walk to Adrian Gonzalez, the Orioles struck out catcher Ryan Lavarnway to limit the damage to one run.

In the bottom half, Lester walked leadoff batter Chris Davis on eight pitches before retiring the next two Orioles. With two outs, J.J. Hardy drove Lester’s first-pitch cutter deep into the left-field stands to put the Orioles in front, 2-1.

Simon and the Orioles cost themselves the lead with miscues in the fourth.

With one out, Marco Scutaro doubled. He advanced to third on a fielder’s choice. Simon was then called for a balk, sending Scutaro home. The score even, Aviles drove a sharp grounder under the arm of third baseman Davis before being caught stealing to end the inning.

After Lester held the Orioles scoreless, Pedroia pushed the Red Sox ahead again by driving a home run five rows into the left-field seats, making the score 3-2, Red Sox. Ortiz singled to knock Simon out of the contest. Reliever Troy Patton closed out the fifth and then worked a scoreless sixth for the Orioles.

Lester showed signs of tiring in the sixth, walking the first two batters of the inning. He was saved by a double play started by Scutaro, who ranged to his right to glove Vladimir Guerrero’s grounder, then flipped the ball to Pedroia with his glove hand. Pedroia’s relay narrowly beat Guerrero. Lester then walked Matt Wieters before striking out Adam Jones swinging.

The Red Sox squandered further opportunities in the seventh before the game was interrupted by a rain delay. When the top of the seventh ended, Boston was nine outs away from a trip to the wild-card game. Boston led 3-2. The Rays trailed the Yankees 7-0 in the eighth inning.

By the time the game resumed, however, Boston’s fortunes had changed. They still led, but their game was now seemingly a must-win. The Rays and Yankees were now tied at 7 runs apiece thanks to a pinch-hit home run by .108-hitting Dan Johnson with two outs in the ninth inning. With Lester out of the game after the rain delay, the Red Sox bullpen was left to protect the narrowest of leads.

Alfredo Aceves entered the game for the Red Sox and hit two Orioles batters with pitches, but ultimately stranded both runners. Orioles reliever Pedro Strop blanked the Red Sox in the eighth. The latter then turned the ball over to hard thrower Daniel Bard.

Bard faced only three batters to escape the eighth inning with a 3-2 lead, with the highlight being future Hall of Famer Guerrero’s final major-league at-bat. With one out, Guerrero drove a 0-and-1 pitch to deep center field, but Ellsbury handled it just shy of the warning track.

Despite entering the top of the ninth with a deficit, the Orioles called for Jim Johnson, who had largely seized the closer role in September with seven saves, to pitch. After first-base umpire Scott Barry called Ellsbury out on a weak grounder to the first-base side, home-plate umpire John Hirschbeck reversed the call, determining that Mark Reynolds had failed to control the throw from catcher Wieters. Ellsbury then stole second and moved to third on a single from Pedroia. Ortiz chopped a weak grounder a few feet in front of home plate, allowing the Orioles to retire Pedroia at second without Ellsbury scoring. After Adrian Gonzalez was given his third intentional walk of the game, Lavarnway bounced to short for a double play, quashing another Red Sox threat.

The Red Sox turned to closer Jonathan Papelbon, who had blown only two saves in 33 opportunities. Adam Jones swung over the top of a 2-and-2 two-seam fastball to lead off the inning. This brought up Reynolds, who swung under a 1-and-2 fastball, extending his all-time American League record to 196 strikeouts,4 and the Red Sox were one out away.

Chris Davis drove Papelbon’s next pitch to right field, barely beating the throw into second base. With the tying run in scoring position, the Orioles pinch-ran for Davis with rookie Kyle Hudson.

Papelbon fell behind Nolan Reimold 2-and-0, but elicited two swinging strikes to even the count and put the Red Sox one strike away from the postseason. Instead, Reimold drove the ball just to the right of center field, with the ball bouncing into the railing off the Eutaw Street bleachers for a game-tying double.

This brought Robert Andino to the plate. Andino, who had doubled home Mark Reynolds to induce Papelbon’s second blown save of the season just eight days earlier,5 took a ball outside and then watched a strike go past to even the count at 1-and-1.

Andino hit a soft liner to left, where it met a sliding Carl Crawford’s glove and then the turf, as Crawford trapped the ball. Reimold, running on contact, beat Crawford’s offline throw to the plate and secured a win for the Orioles.

The Orioles “celebrated like they won the World Series”6 and Boston’s hopes now depended solely upon the success of their archrival Yankees, whose game remained tied 7-7 in the top of the 12th.

Three minutes later, at 12:05 A.M., the Rays’ Evan Longoria ended the Red Sox season for good by lining a home run off Yankees reliever Scott Proctor, with the line drive scooting over Tropicana Field’s short left-field fence. A thrilling night in baseball history had come to a wildly improbable end.

The Orioles’ unlikely comeback helped substantially alter baseball’s landscape, even though the Rays were dispatched in the ALDS by the ultimate pennant-winning Texas Rangers. After Boston’s elimination, manager Terry Francona was fired despite winning two World Series with the Red Sox. General manager Theo Epstein left shortly thereafter for the Chicago Cubs,7 and controversies surrounding consumption of fried chicken and beer in the clubhouse swirled over the Red Sox pitching staff.8 The 2012 Orioles delivered on the promise of another inspiring September, making an unlikely run to the postseason on the back of incredible success in close games.9

The Orioles’ success is celebrated in a photo display in a place few fans would expect to commemorate great moments in Orioles history: Tropicana Field, home of the Tampa Bay Rays.

In addition to the articles cited in the Notes, the author consulted Baseball-Reference.com and the MASN Broadcast of Boston Red Sox vs. Baltimore Orioles, September 28, 2011, available at youtube.com/watch?v=Qq6DNcxJn8U

4 Reynolds at the time had the ignominious ownership of the all-time single-season records for strikeouts by a batter in a season in both the National League (223 in 2009 with Arizona) and American League (196 in 2011 with Baltimore). His AL record was surpassed by Adam Dunn in the 2012 season.