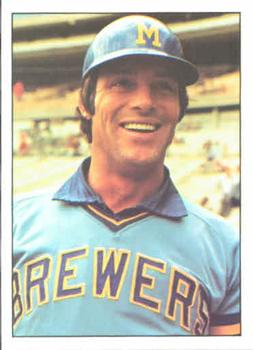 Throughout the history of baseball, there has been an abundance of characters. This includes people who through outlandish quotes, their idiosyncrasies on the diamond, or perhaps their behavior away from the game, draw attention or maybe scrutiny to themselves. These folks can be viewed as being either positive, negative, or just plain out there.

In 1976 one such individual found his way into the focus of big-league fans. Mark Fidrych, a rookie pitcher for the Detroit Tigers, was the epitome of a character. Fidrych was both a starter and reliever in the minor leagues and made the Tigers’ roster as a reliever. At Bristol (Virginia) of the Rookie League he had been given his nickname, “The Bird.” Some might have thought it was because Fidrych was a “strange bird,” but coach Jeff Hogan gave him the moniker because Hogan believed that Fidrych resembled Big Bird from the Sesame Street TV program.1

But Fidrych seemingly came out of nowhere to lead the Tigers’ mound staff. He was sporting a modest 3-1 record when the Tigers sold pitcher Joe Coleman to the Chicago Cubs on June 8, 1976.  Fidrych was now entrenched in the Tigers’ rotation. He responded with an eight-game winning streak from May 31 to July 3. His record when the streak ended was an incredible 9-1 with an ERA of 1.85.

But it was more than just Fidrych’s pitching that attracted fans’ attention across the land. He would talk to the baseball, telling it where he wanted it to go after he hurled it toward home plate. He would shake hands with his infielders after they made an outstanding play behind him. Fidrych would landscape the mound around the rubber on his hands and knees. Indeed, this was a strange bird, and the fans could not get enough of him.

If he had a signature win, it came on June 28 against the New York Yankees at Tiger Stadium. A crowd of 47,855 shoehorned their way into the venerable ballpark at the corner of Michigan and Trumbull Avenues. The game was nationally broadcast on ABC’s Monday Night Baseball, and the nation turned on its TV sets to see what all the excitement was about. Fidrych pitched the Tigers to a 5-1 victory over the New Yorkers, and his shenanigans were on full display for all to see.

Although the addition of Fidrych was a boon for the Tigers at the gate, in the standings they were near the bottom of the pack in the American League East. After breaking out of the gate with a 7-6 record in April, Detroit posted a losing record in three of the next four months.

Joining the Tigers at the bottom of the division was the Milwaukee Brewers. Similarly, the Brewers began the season in a winning fashion, going 9-3 in April. But May and June brought about a combined record of 16-38 and the Brewers could not recover. Milwaukee was staring straight down the barrel at a seventh straight losing season since moving from Seattle in 1970.

The two cellar dwellers met for a weekend series in Detroit beginning on Friday, September 3. The Tigers (61-70) and the Brewers (58-71) were 19 and 21 games respectively behind first-place New York. Both teams were playing out the string, with no thought of a postseason berth.

The pitching matchup for the series opener featured a couple of rookie hurlers. For the visitors, it was left-hander Jerry Augustine (7-8, 3.10 ERA). The Kewaunee, Wisconsin, native began the season in the bullpen. Augustine won four of five decisions from July 24 to August 24, lowering his ERA from 3.27 to 2.86.

Fidrych (15-6, 2.08 ERA) got the starting assignment for Detroit. Despite the game having no real bearing on the season, 32,951 fans streamed to Tiger Stadium to take in the action.

The Brewers jumped all over Fidrych in the top of the first inning, and he did not get much support from his fielders either. With one away, Robin Yount grounded a ball down the right-field line. Tigers second baseman Pedro Garcia gave chase, but muffed the ball for a two-base error. George Scott walked and Bernie Carbo singled to center field. Yount scored and Scott went to third. Mike Hegan continued the rally with a double to left field, scoring Scott and Carbo. Hegan took third on a throwing error charged to Tigers left fielder Alex Johnson, and then scored on a fly ball off the bat of Sixto Lezcano.

In the third inning Hegan smacked his fifth home run of the season, a solo shot, to increase the Brewers’ advantage to 5-0. Meanwhile, Augustine set the Tigers batters down in order in the first three innings.

In the top of the fourth, Milwaukee, or more specifically Hegan, blew the game wide open. The Brewers scored four more runs, and Hegan got the big hit, a bases-loaded triple, his third three-bagger of the season.

The Tigers did not get their first hit until the bottom of the fourth inning, Bruce Kimm’s single. In the top of the sixth inning, Hegan singled to left field. He became the first Brewer to hit for the cycle. “Mickey Stanley (Tigers first baseman) asked me at first base if it was the best game I had ever had,” said Hegan. “I said if I had had two hits it would have been the best ever. Oh yeah, it was by far the best I ever had.”2

The two teams each scored two more runs, making the final score 11-2, Milwaukee. Augustine went the distance to pick up his eighth win. He scattered five hits, struck out one, walked one, and gave up two runs, both earned.

But it was Hegan who was the toast of the Brewers’ clubhouse. He was 4-for-5 with a career-high six RBIs. “I knew the fourth time up I had a chance to do it,” said Hegan, whose father, Jim, was the Tigers’ bullpen coach. “I just wanted to make contact, to keep the ball in play. It wasn’t a time for me to hit the ball out of the ballpark with one out an nobody on.

“I know the hits I had off him were on pitches that were up, and from watching him on TV, I know he can keep the ball down. In fact, when he struck out Von Joshua to start off the first, we were saying ‘same ol’ Fidrych. Josh didn’t get a ball above the knees.”3

“I came into the dressing room and listened to the rest of the game on the radio,” said Fidrych. “I sat in here and thought about it. I wondered to myself, ‘Why?’ But I still haven’t come up with an answer.”4

As for Augustine, he was happy with the win, but more than willing for Hegan to be in the spotlight. “It’s all right with me,” said Augustine. “The way he hit the ball tonight, he deserves the attention. You need the runs to win.”5

Fidrych (19-9, 2.34 ERA) was voted the AL’s Rookie of the Year in 1976. He made 29 starts, leading the league with 24 complete games. Fidrych, a power pitcher, had various arm injuries and he was never able to duplicate his fantastic season. He made only 27 starts over the next four years, leaving the majors for good after the 1980 season.

As for Hegan, he holds another career distinction. As a rookie with the New York Yankees in 1964, he was placed on the Yankees’ World Series roster. Hegan scored a run as a pinch-runner in Game One of the Series, but did not get his first hit in the regular season until September 15, 1966.

Hegan retired in the middle of the 1977 season6. He then began a long career as a broadcaster for the Brewers and Cleveland Indians that lasted through the 2011 season.

The author accessed Baseball-Reference.com for box scores/information, and other data, as well as retrosheet.org.