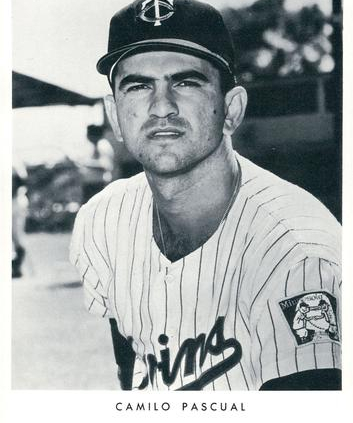 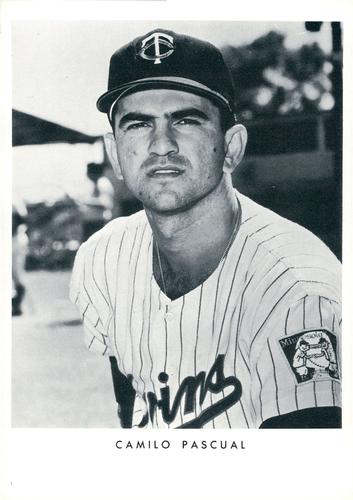 Camilo Pascual had good reason to be anxious about his start for the Minnesota Twins against the Baltimore Orioles on the final day of the 1962 season. In his ninth major-league season, it was the closest he had come to winning 20 games in a season. With 19 wins under his belt for the first time in his career, he had failed in his previous two outings to attain his long-awaited personal goal, a 20th win that would elevate him to the class of elite American League pitchers.

A young upstart pitcher from Baltimore did his best to spoil the day for the Twins hurler. Pascual wound up having to pitch one of his best games of the season to get the win and reach the prestigious milestone.

The Twins also had reason to celebrate the end of the season, since the franchise posted its first winning season since 1952, when it was in Washington. Now in 1962, in their second season in Minnesota, the Twins were optimistic about the future as they finished in second place, five games behind the New York Yankees.

Pascual had won number 19 on September 16 in a complete game against Cleveland. With three potential starts left in the season, it seemed likely that he would get at least one more win. However, Baltimore stopped him on September 21 and Cleveland defeated him four days later. Pascual had never lost more than two games in a row during the season. Yet he put pressure on himself to get his 20th victory in his final start. In his era of the majors, 20 wins earned a measure of credibility for pitchers. In Pascual’s case, the milestone would put him in the conversation with Whitey Ford, Frank Lary, Jim Bunning, and Early Wynn for ranking as the top hurler in the league.

Pascual’s opponent on the mound that day was 21-year-old rookie John Miller, a late-season call-up from Triple-A Rochester. In his major-league debut, on September 22, Miller had picked up a win by pitching three shutout innings in middle relief. Manager Billy Hitchcock wanted to get a longer look at Miller to determine whether his young newcomer would fit into the big-league rotation the next season along with Baltimore’s early-20s pitching corps that included Chuck Estrada, Milt Pappas, Jack Fisher, and Steve Barber.

The contest at Metropolitan Stadium was played under the threat of rain, although 11,550 fans still attended a meaningless game in the standings. The Twins trailed only the Yankees in attendance and had drawn over 175,000 more spectators than in their inaugural season.

Harmon Killebrew, the American League home-run and RBI leader, got the Twins on the board in the first inning. He singled in Lenny Green, who had walked, stolen second, and taken third on catcher Andy Etchebarren’s throwing error. It turned out to be the only run of the game, which settled in as a pitcher’s duel.

Miller was magnificent in his control throughout his seven innings; he gave up only one other hit, a third-inning single by Pascual, while walking only two. In the eighth inning Dick Hall relieved Miller, who had been lifted for a pinch-hitter. After the first inning, no other Twins runner reached second base.

On the other side of the ledger, Pascual was equally as effective. He gave up his first hit with two outs in the fifth inning and yielded only two other singles the rest of the game. The three hits were the fewest he allowed all season in a starting assignment. He walked only one and struck out seven. The game was his best outing of the season.

Pascual struck out Pete Ward for the last out of the game. In one of his earlier attempts for 20 wins, against the Orioles on September 21, it was Ward who helped spoil his bid with an RBI-single late in the game.

Miller would continue to impress Orioles coaches in the following Florida Instructional League season. Manager Dee Phillips bragged about his young pitcher: “He’s a lot of pitcher. The more we see of Miller, the better we like him.” Pitching instructor Harry Breechen said, “That boy is good.  He opened our eyes when he pitched 10 innings for the parent Baltimore team last September and gave up only two hits.”1 However, Miller’s career never fully matched the expectations set for him. He pitched parts of three additional seasons with the Orioles, while his only full season in 1966 included a 4-8 record and 4.74 ERA in 23 games. He was out of baseball by age 27.

Pascual celebrated after the game, saying, “This is wonderful. The game I wanted most and I got it with my best pitching job of the season.” He added, “I felt a lot of pressure out there in the eighth and ninth innings. But I kept telling myself to relax. I didn’t want to tighten up in that situation. Walking off that mound after the ninth was one of the happiest experiences I’ve ever had.”2

During the game, Twins manager Sam Mele had to balance personal goals of Pascual and rookie third baseman Rich Rollins, who was on the verge of hitting .300 in his first full major-league season. Mele said, “If Rich had gotten a hit in his first or second time at bat, I’d have taken him out, because he’d have his .300 average. But I wanted him in the lineup to help Pascual.” He added, “I’m sorry Rollins didn’t make it. He deserved it after the great season he had.”3 Rollins wound up going 0-for-3, settling for a .298 average.

Killebrew had a career-best 48 home runs and 126 RBIs, which both led the American League. He would surpass both of those numbers in 1969 (49 home runs and 140 RBIs) when he was voted the AL Most Valuable Player.

The 1962 major-league season was Pascual’s first playing for a winning team. He made his major-league debut in 1954 as a 20-year-old from Cuba and posted a losing record in his first five seasons with the hapless Washington Senators. But in 1959 he won 17 games and led the league in complete games and shutouts. He improved in 1963 with 21 wins and a 2.46 ERA. Pascual was noted for his sharp-breaking curve that was often compared to Sandy Koufax’s, considered one of the best in history.

The 1962 Twins accomplished a 21-game improvement in wins over their first season in Minnesota. Their 91 victories were the most for the franchise since 1945. They won their first pennant three years later, in 1965, but lost to Los Angeles in seven games of the World Series.

In addition to the sources cited in the Notes, the author consulted Baseball-Reference.com and the following: