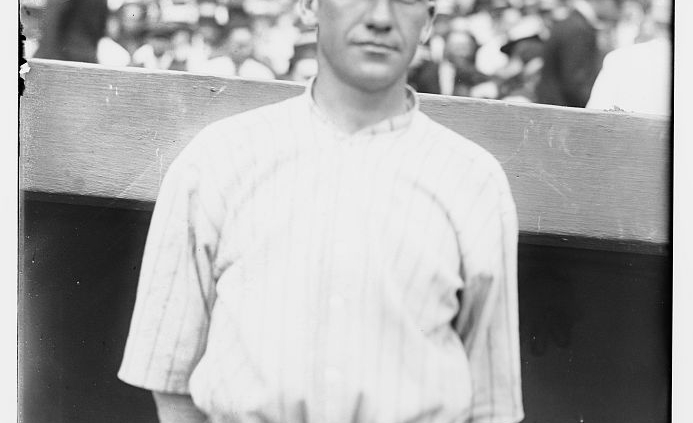 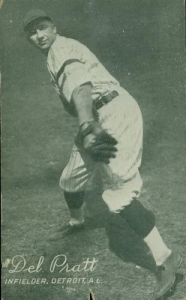 Bargain seekers got all they wanted as the Tigers played football with the Indians and won both halves of the doubleheader 7-3, and 20-1.1 The opposing managers in the twin bill in Detroit on September 5, 1924, were two old foes, Ty Cobb of the Tigers and Tris Speaker of the Indians, both of whom were still active as players in the game.

The Tigers were looking for a sweep after they defeated Cleveland 7-3 in game one. Ed Wells (5-7) got the win on the mound for the Tigers despite allowing 13 hits and walking three batters. The losing pitcher for Cleveland was Sherry Smith (12-11) who allowed 12 hits and walked three. Smith and Wells were two left-handers and the former was hit consistently while Wells had one bad inning, the fourth.2 Tigers third baseman Fred Haney had four hits in the game, while Cobb went hitless in four at-bats. For the Indians, shortstop Joe Sewell had three of Cleveland’s 13 hits while Speaker was 2-for-5. Then one of the worst catastrophes that ever overtook a hapless club overwhelmed the Indians when the Tigers won the nightcap 20-1.3

The Indians’ starting pitcher in game two was George Uhle, who entered the game with an 8-12 record and a 4.72 ERA. Opposing him on the mound was Ken Holloway (10-5, with a 4.13 ERA). The Tigers turned the second game into a “field meet.”4 Heinie Manush and Topper Rigney circled the bases four times, while Cobb and Harry Heilmann went around three times.

Holloway kept the Indians off the scoreboard in the first inning, allowing just a single to right field by Speaker with two outs. The Tigers began with a dull purr in the bottom of the inning. Bob Jones reached on an error by Sewell and was forced at second base by Manush. Manush scored on a triple by Cobb, who scored himself on Heilmann’s groundout to first base. Uhle retired Del Pratt to get out of the inning with no more damage. The Tigers had a 2-0 lead.

It was a scoreless second inning with the only baserunner George Burns, who singled off Holloway. Uhle got the Tigers 1-2-3 on a groundout and two strikeouts, the only time the Tigers went out in order in the game.

Holloway had his first 1-2-3 inning of the game in the third inning. (The Indians would also go out in order in the fifth, eighth, and ninth innings.) The Tigers third was the first of three consecutive multi-run innings. Jones singled to left field to lead off inning and went to third on Manush’s single. Jones scored on a wild pitch by Uhle with Manush landing on second base. Cobb grounded out for the first out, then Heilmann was hit by a pitch and Rigney walked to fill the bases. A squeeze bunt by Pratt scored Manush and a single by Frank O’Rourke scored Heilmann with the third run of the inning. Detroit plated its fourth run of the frame on a single by Johnny Bassler. Speaker replaced Uhle with James Edwards. Holloway helped his own cause with a single that scored O’Rourke and sent Bassler to second. Jones struck out to end the inning, with the Tigers leading 7-0.

Cleveland still had not scored through the fourth inning, but the Tigers kept the scoring wheel turning in their half of inning four.

Manush led off the Tigers’ fourth with a single to third base and advanced to third base on an error. After Cobb walked, Heilmann singled to score Manush and send Cobb to third. Rigney singled, scoring Cobb, and Pratt’s single drove in Heilmann and Rigney. With no outs, Speaker replaced Edwards with Carl Yowell, who was making his major-league debut and Yowell got the next three batters out. Cleveland now trailed 11-0

Holloway retired the Indians in order in the top of the fifth, and the carnage continued in the Tigers half of the inning, after Speaker lifted himself and sent Pat McNulty to center field. Jones singled and went to third on a single by Cobb, who stole second. Heilmann walked and the bases were loaded. Rigney’s single scored Jones and Cobb. A single by Pratt loaded the bases again. Heilmann scored on a fly out by Frank O’Rourke, and a double by Bassler scored Rigney, to make it 16-0.

In the sixth the Indians scored their only run, which was unearned. Homer Summa was safe on a fumble by second baseman O’Rourke. After Pat McNulty flied out to Cobb, Sewell doubled to right to put runners on second and third. Glenn Myatt grounded to Rigney and Summa scored, to make the score Tigers 16, Indians 1.5

The Tigers scored three more runs in the seventh inning, on a single by Rigney, a triple by Pratt, a double by O’Rourke, and Holloway sacrifice fly. Detroit now led 19-1.

The Tigers added a final run in the eighth inning to make the score 20-1. Manush walked, stole second base, went to third on Cobb’s groundout, and scored on a bunt single by Heilmann.

Victorious by 20-1, the Tigers socked three Cleveland pitchers for 21 hits, including three doubles and two triples.6

In addition to the game story and box scores cited in the Notes, the author consulted the BaseballReference.com and Retrosheet.org websites.

5 There are some discrepancies regarding the assignment of earned or unearned runs. The Baseball-Reference.com tabulation is used throughout.