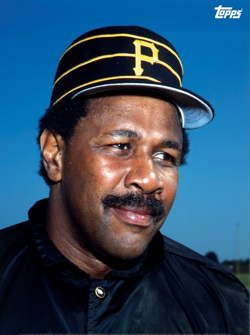 Willie “Pops” Stargell, the captain of the Pittsburgh Pirates, had announced at the beginning of 1982 that this season – his 20th full season in the majors, all with the Bucs – would be his last. After a magnificent 1979 season in which he had become the first player to be voted MVP of the regular season (co-MVP with St. Louis’s Keith Hernandez), the National League Championship Series, and the World Series in the same season, Stargell had hit his 40s and had suffered multiple injuries that had drastically reduced his playing time. He played out the 1982 season primarily as a pinch-hitter and did so to provide leadership to a Bucs team that had a number of new, young players. Several opposing teams already had honored Stargell during the season, but the Pirates had saved the greatest honor for the final month of the season: They retired his uniform number eight before Stargell himself retired.

The Pirates named September 6, 1982 Willie Stargell Day – it also happened to be Labor Day – and chose to conduct the retirement ceremony prior to their game against the New York Mets. The Bucs were only 4 ½ games out of first place, but the 38,052 fans who came to Three Rivers Stadium that day were not concerned with any pennant race; they were there to pay tribute to their beloved icon. As for the teams, there was no batting practice on the field this day as a platform, benches, and chairs were set up for the pre-game ceremony.

Stargell ascended the platform for the festivities with a towel draped around his neck, which he used to wipe away tears as he received tribute after tribute during the forty-five minute ceremony. In addition to having his number retired, Roberto Clemente, Jr. presented him with a statuette of his late father, who had been Stargell’s role model until his untimely death on New Year’s Eve of 1972; running back Franco Harris and wide receiver Lynn Swann congratulated him on behalf of the NFL’s Pittsburgh Steelers; his teammates presented him with a vacation to France, and legendary Pirates second baseman Bill Mazeroski and broadcaster Bob Prince were on hand to say goodbye. For the finale, Stargell also received a phone call over the stadium’s loudspeaker system from President Ronald Reagan, who was spending the holiday at his home in Santa Barbara, California. After extending his best wishes, President Reagan exhorted Stargell, “Now get out there and play ball; you’re not retired yet.”1

Once the game began, Stargell could not yet play ball as he was not in the starting lineup. The Pirates’s Rick Rhoden and the Mets’s Pete Falcone engaged in a pitchers’ duel in which only one run was scored in the first five innings. That lone run was scored by the Mets in the top of third when Ron Gardenhire led off the inning with a double, advanced to third base on a wild pitch by Rhoden, and scored on Falcone’s groundout to Pirates shortstop Dale Berra. Rhoden was having a subpar season in 1982, but he would allow no further Mets runs in a complete-game victory on this day. After allowing a leadoff single to Ellis Valentine in the fourth inning, Rhoden had the Mets beating the ball into the ground. He erased Valentine from the basepaths by inducing a double-play grounder from Dave Kingman and then retired another nine consecutive – and 10 of 11 – Mets batters on groundouts from the fourth through the seventh innings.

The Pirates’s bats finally came to life for four runs in the bottom of the sixth inning. Rhoden, a good-hitting pitcher whom Bucs Manager Chuck Tanner sometimes used as a pinch-hitter, led off the frame with a single. Lee Lacy followed with another single and, after Brian Harper advanced both runners with a sacrifice bunt, Bill Madlock – the 1981 NL batting champion who had entered the game batting .318 – was intentionally walked to load the bases. Jason Thompson, who had taken over Stargell’s first-base position the previous season, hit a sacrifice fly that scored Rhoden before catcher Tony Peña – one of the Pirates’s new stars – cleared the bases with a home run that made the score 4-1 in favor of the home team. The Pirates added two more runs in the bottom of seventh when Lee Lacy belted a homer that also scored Berra, who had led off the inning with a single.

In addition to the two Pirates home runs, there was one final bit of excitement in store for the Pittsburgh faithful who were in attendance. Chants of “We want Willie” had arisen in the seventh inning, but Tanner had only pushed Stargell out of the dugout to take a bow.2 Now that the Pirates were unlikely to bat in the ninth, there was only one more inning in which the fans might get their wish. After Mets reliever Doug Sisk retired Madlock and Thompson, Tanner obliged the crowd by sending Stargell out to pinch-hit for Peña. The hometown fans no doubt wanted to see one final mammoth home run hit by Stargell, but they were happy to settle for watching him line a single to right-center field on a 2-0 count. Stargell was so hobbled by injuries that he likely would have had trouble trying to make it around all of the bases anyway and, after receiving another standing ovation, he was replaced by pinch-runner Rafael Belliard. Stargell’s single went for naught when Dick Davis – the next batter, who was subbing in right field for the injured Dave Parker – hit a grounder that forced Belliard out at second, but the Pirates still came away with a 6-1 victory.

Stargell’s late-game appearance turned out to have been a carefully-orchestrated climax: “’It was exciting there at the end when the fans wanted Willie,’ said Tanner, who added he had planned all along to get Stargell in the game.”3 Tanner’s flair for the dramatic and Stargell’s ability to come through with a base hit capped a perfect celebration of the player who had meant so much to Pittsburgh and who had adopted the city as his home. While speaking during the pre-game ceremony, Stargell had said, “Last night, coming in from the airport, we came through the tunnel, and the city opened up its arms and I felt at home.”4 The Pittsburgh fans reciprocated that love and turned what would otherwise have been an ordinary Labor Day game into what one Pittsburgh reporter called a “mushy, sentimental, nostalgic, corny and thoroughly enjoyable afternoon.”5

I was a little over a month shy of being 16 years old when I attended this game with my mom and dad. After we had moved to Pittsburgh in July 1978, I came to embrace “Pops” the way the rest of the city did. He was an even greater human being than he was a player, and I am glad that I was able to be one of the many fans who gave him his due through standing ovations and shouts of “We want Willie.” Even my mom, whose knowledge of baseball barely exceeds that of a newborn infant, still has fond memories of Willie Stargell and the Pirates.