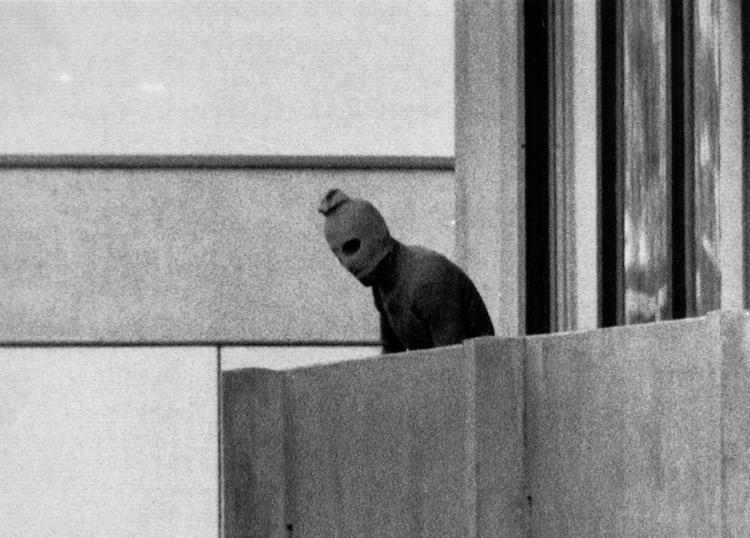 The late summer weather on Thursday evening, September 7, 1972, was ideal for baseball, with clear skies and the temperature in the mid-70s, as the Milwaukee Brewers and Cleveland Indians prepared to square off. However, other circumstances overshadowing the game offered little incentive for fans to attend, for this was a contest between the two bottom teams in the American League’s East division.

In addition, there was something else that hovered over Cleveland, like a black cloud, evidenced by the outfield flag placed at half-staff, as Cleveland grieved along with the rest of the world over the loss of 11 members of the Israeli Olympic team in Munich, Germany, two days before. Among the dead was one of Cleveland’s very own, David Berger, a light-heavyweight-class weight-lifter on the Israeli team who had obtained Israeli citizenship two years before to fulfill his lifelong dream of participating in the Olympics.

“You always think this kind of thing happens to the other guy, never yourself,” said the athlete’s grief-stricken father, Dr. Benjamin Berger.1 The athlete’s parents had learned two days before that their son was among the team members who had been taken hostage at their dorm by a Palestinian terrorist group called Black September. For the remainder of the day, Dr. Berger and his wife, Dorothy, anxiously sat before their television set at their residence in the Cleveland suburb of Shaker Heights, hoping for the best. ABC sportscaster Jim McKay, who gave the details to his television audience as they unfolded, knew as he looked into the camera lens and spoke to millions that the eyes of David Berger’s parents were upon him. “I knew that David Berger was one of those men, bound together, blindfolded, not knowing if or when he would be executed,” McKay said later. “And I would be the person in the end who would have to tell the Berger family if their son was alive or dead.”2

Black September had made their demands, including the release of 234 Palestinian prisoners in Israel, a request that was denied by the Israeli government.3 The terrorist group then ordered that they and their hostages be transported from the Olympic Village to the airport by helicopter and then flown by airplane to Cairo. After the terrorists and hostages reached the airport, the German police opened fire in an ambush that resulted in complete failure: all of the hostages were killed: David Berger died from smoke inhalation after a hand grenade was thrown by a terrorist into the helicopter. Upon receiving word, Jim McKay’s eyes filled with deep sorrow as he looked into the camera and let the Berger family and the rest of the world know, concluding the terrible news with the words: “They’re all gone.”4

Unsurprisingly, the turnout at Cleveland’s Municipal Stadium was small, at 1,851 paid the smallest of the Indians’ 1972 home season, with 75,146 seats in the huge stadium unoccupied. The pitching matchup would be between two tough-luck pitchers. Six-foot-six inch Bill Parsons of the Brewers entered the game with a 10-12 record. “Bill has pitched well all season,” said Del Crandall, who had become the Brewers manager in midseason. “I can think only of one bad outing by him since I’ve been here. If we had gotten him just three runs a game he would have 14 or 15 wins.”5 The starting pitcher for the Indians was 6-foot-4 Dick Tidrow, a hot pitcher with a 9-4 record since July 4 who had allowed just one earned run in his last 42 innings pitched.

The game began as if it was going to be a pitchers’ duel; neither team scored in the first three innings. As Tidrow threw his warm-up tosses in preparation to face the Brewers in the top of the fourth, a group congregated some 15 miles away, at a remote area on the southern edge of Cleveland’s Hopkins International airport. A small crowd of newspaper reporters and photographers stood behind members of the Berger family as they watched an Air Force plane taxi up. Then a hatch of the jet was opened, and the crew gently removed a white-pine coffin draped with a blue and white Israeli flag. As members of the Berger family wept, the coffin was to a black hearse from the Berkowicz-Kumin Memorial Chapel. Led by a policeman on a motor scooter and a Cuyahoga County sheriff’s sedan, its red lights rotating, the hearse made its way to the Fairmont Temple in nearby Beachwood. When the procession arrived at its destination, there were just two unsuspecting boys, one black and one white, on their bikes there to greet the party. One of the boys asked a patrolman why the lights were flashing.

The funeral would begin at 11:00 a.m. the next day, and there would be nearly twice as many mourners at the service and in the streets to watch the 150-car cortege to the cemetery as the 1,851 gathered at Municipal Stadium to watch the Brewers and Indians.

At Municipal Stadium the massive frame of George Scott appeared in the batter’s box with one out in the Milwaukee fourth. The big first baseman was not having his best season. The Brewers had traded with the Boston Red Sox for Scott the previous fall,and were expecting great things from him. But so far his batting was below expectations, and it was said that he was in dire need of a rest. But if he was tired he didn’t show it, as he belted a Tidrow pitch over the left-center-field wall for his 16th homer of the season for a 1-0 Milwaukee lead. “He tried to pitch away from me, but he missed,” Scott told reporters after the game.6

Tidrow, unruffled after over serving up the game’s first run, held the Brewers through the next three innings. Meanwhile, the Cleveland batters were having little luck against Parsons who blanked the Tribe through six innings. When the Indians managed to get a hit off Parsons it went for naught, thanks to two spectacular fielding plays by Milwaukee outfielders. Although Cleveland catcher Ray Fosse came close to capitalizing with a man on base by tagging one to deep right-center field that looked as if it was going to leave the yard. However, Brewers center fielder Dave May made a daring dash to the short outfield fence to make the catch.”7

The Brewers’ 1-0 lead held until the bottom of the seventh, when Indians third baseman Graig Nettles tied the score with his 14thhomer of the season. The game quickly became untied the next inning when with a runner on third George Scott hit his second home run of the night to give Milwaukee a two-run lead. “I hit a pitch I was looking for,” Scott said. “It was the same pitch, down and in, he got me out with in the first inning. I figured he’d throw it again.”8

In the bottom of the eighth Parsons gave up a hit and a walk but managed to keep the Indians off the scoreboard. In the top of the ninth the Brewers extended their lead with four runs against Cleveland relief pitchers. Steve Mingori, who replaced Tidrow at the start of the inning, yielded two walks and a single to load the bases with nobody out. Steve Hargan relieved him and the Brewers tagged him for two singles and a sacrifice fly to up the Brewers’ lead to 7-1. George Scott then got his third hit of the game, a single, to send Dave May from first to third base. Manager Del Crandall decided to reward his first baseman by giving him the rest of the night off. Scott, however, disapproved. When he saw a pinch-runner come onto the field, he threw his batting helmet in a display of anger before leaving the field.

Bill Parsons, the American League Rookie of the Year runner-up in 1971, retired the Indians in order in the bottom of the ninth for his 11th win of the season. “When you win as few as we have, everyone of them is exciting,” Crandall said after the game with a chuckle.9

After the game Scott quickly dressed and left the clubhouse, hoping to avoid reporters, but was tracked down in the parking lot before climbing aboard the team’s bus. “I wasn’t mad at anybody,” he said. “I was just very emotional, that’s all. I wanted a breather. I’ve been working very hard and it’s not very often we get lead like this in the late innings. That’s why I asked Crandall to take me out.”

“That’s right,” Crandall confirmed. “George made quite a contribution and I went out to see if he’d had enough. We agreed.”10

The following day, on a rainy afternoon and just hours before sunset marked the beginning of Rosh Hashanah, David Berger was laid to rest at the Mayfield Cemetery in Cleveland Heights.