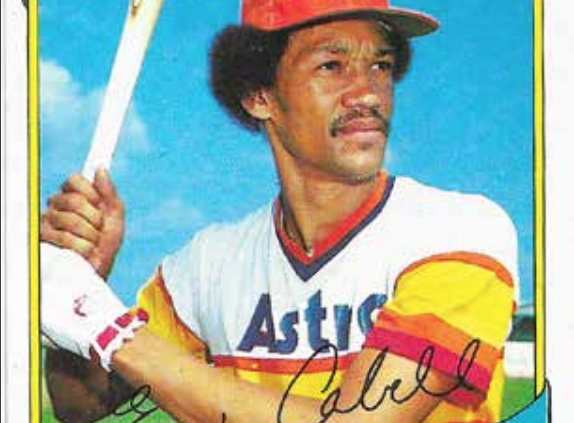 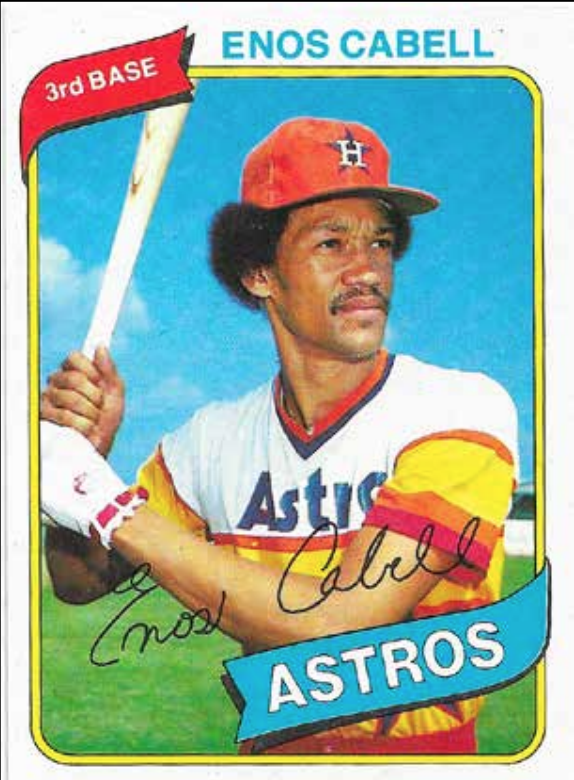 Over the course of a 162-game season, there will invariably be games in which a team squanders a lead in the late innings and suffers a painful loss. When the season draws to a close and that team narrowly misses the playoffs, it’s only natural to look back upon the games that slipped away and wonder, “What if?” The July 25, 1980, matchup between the Houston Astros and the Montreal Expos was a textbook example of one of those games.

The Astros and Expos had been on similar trajectories in the late 1970s. Neither of the two expansion teams had ever qualified for the postseason, although both came tantalizingly close in 1979.1 The two squads had led their respective divisions in September before fading down the stretch and finishing in second place. Montreal wound up only two games behind Pittsburgh, the eventual World Series champions, while Houston ended its season a mere 1½ games back of Cincinnati.

Both teams continued their winning ways in 1980, with the Astros coming into their late-July series against Montreal with a 53-41 record and a 2½-game lead over the Dodgers in the NL West. The Expos had led the Eastern Division at the All-Star break for the second consecutive season, but they had gone 8-7 since the break, dropping them two games behind the Pirates with a 50-42 mark.

For this game, Houston sent 33-year-old Nolan Ryan to the hill. The Astros had signed him to a four-year, $4.5 million free-agent contract in the offseason, making him the first player to earn a million dollars per season in a team sport. Ryan, who had recorded his 3,000th strikeout exactly three weeks earlier, entered the game with a 5-7 record and a 3.14 ERA. The Expos countered with their ace, 30-year-old right-hander Steve Rogers (11-6, 3.06 ERA).

Montreal second baseman Tim Raines was penciled into the starting lineup for the first time in his big-league career. Raines had just been called up from the Denver Bears after hitting .330 with 63 stolen bases in Triple A. The 20-year-old speedster had made his major-league debut in September of 1979, stealing two bases and scoring three runs as a pinch-runner in six games, all without the benefit of a single plate appearance.

Those among the 50,217 fans in attendance who were expecting a pitchers’ duel were sorely disappointed, as neither starter was particularly effective on this day. Rogers allowed four hits and a walk over the first two innings, although he wiggled out of jams in both innings and was fortunate to fall behind by only 1-0. The Astros run came in the second inning on an RBI single by Alan Ashby that caromed off the glove of second baseman Raines and trickled into shallow center field.

After a one-two-three first inning, Ryan scattered five singles in the second and third innings without giving up a run. His luck ran out in the bottom of the fourth inning, however, as Larry Parrish brought in a run with an infield single, and then Ron LeFlore drove home two more runs with a two-out double to put Montreal ahead 3-1.

In the bottom of the fifth inning, Ellis Valentine extended the lead to 5-1 with a single to left field that scored a pair of Expos runners and knocked Ryan out of the game. It turned out to be Ryan’s worst outing of the entire season.2

The Astros cut the lead to 5-2 in the top of the sixth on Enos Cabell’s RBI double. Raines, who had reached base on a fielder’s choice and an error earlier in the game and had stolen second base both times, came to the plate against reliever Bert Roberge with two out and nobody on in the bottom of the inning. After beating out an infield single for his first major-league hit, Raines stole his third base of the game, tying a team record.3 Andre Dawson followed with a double to left field to bring home Raines, and when José Cruz booted the ball at the wall, Dawson circled the bases, putting the Expos out in front 7-2.

Rogers escaped a bases-loaded threat in the seventh inning without giving up any runs, and when the tiring right-hander took to the hill to start the ninth, the Expos still held a five-run lead. Canadian Terry Puhl, still holding a grudge against the Expos for not giving him a proper tryout when he was in high school, smacked a home run to lead off the inning.4 After a walk to the light-hitting Craig Reynolds, Rogers surrendered a double to Danny Heep, advancing Reynolds to third base. It was Heep’s first extra-base hit in 46 career at-bats. Mercifully, Expos manager Dick Williams pulled Rogers from the game after his 152nd pitch of the night.5

With the left-handed-hitting Cruz coming to the plate and the potential tying run in the on-deck circle, Williams chose to bypass his most effective reliever, 40-year-old lefty Woodie Fryman, and bring in his least effective one, southpaw Fred Norman.6 Cruz singled off Norman to drive in Reynolds and Heep and cut the lead to 7-5, and then Williams summoned Montreal’s prized free-agent acquisition, Elias Sosa, to face Jeffrey Leonard. After Leonard singled, Sosa walked 36-year-old Joe Morgan to load the bases. Cabell followed with a single to center field, which drove in Cruz and Leonard and tied the game at 7-7. The switch-hitting Ashby, hitting from the left side against the righty Sosa, stroked a double that scored Morgan and Cabell and put the Astros up 9-7. Now that eight consecutive batters had reached base, Williams finally went to his ace reliever, Fryman. The ageless wonder retired the next three hitters in order.

After Frank LaCorte retired the first two batters in the bottom of the ninth, Gary Carter closed the gap to 9-8 with a solo home run, his 20th round-tripper of the season. LaCorte then struck out Parrish to end the game, and frustrated Expos fans voiced their displeasure with a loud chorus of boos.

Williams was asked after the game about the slow hook of Rogers. “He was pretty well spent,” the manager explained. “He threw a lot of pitches early and he threw a lot in the game. But if your bullpen can’t do the job…”7 Astros manager Bill Virdon took it all in stride. “It’s unusual to win a game like that, but that’s baseball,” he reasoned.8

After a successful 1980 debut that featured his first major-league hit, two runs scored, and three stolen bases, Raines went 0-for-13 over his next three games and was hastily relegated to the bench. He didn’t get another start – or even a hit – for the remainder of the season. Raines was sent back to Denver in August and returned to Montreal as a pinch-runner and pinch-hitter when the rosters expanded in September. The future Hall of Famer, named the 1980 Minor League Player of the Year by The Sporting News, would have to wait until the following season to make an impact at the big-league level.

The blown five-run lead turned out to be a costly loss for the Expos. With Montreal and Philadelphia tied for first place heading into the final weekend of the season, the Phillies took two out of three games from the Expos at Olympic Stadium to win the division by a single game.

The improbable come-from-behind victory also proved to be significant for the Astros. With three games remaining in the season, the Astros held a three-game lead over the Dodgers with the two teams finishing out the year with a series at Chavez Ravine. In a tense weekend of baseball, the Dodgers eked out three one-run victories to force a one-game playoff. The Astros, led by the stellar pitching of Joe Niekro, defeated the Dodgers 7-1 in game number 163 to earn their first playoff appearance in their 19-year history.9

2 Nolan Ryan registered a Game Score of only 26 in this outing, the lowest Game Score in all his 1980 starts. His lone strikeout was in the first inning, when the rookie Tim Raines was caught looking in his first major-league plate appearance.

3 The team record for most steals in a game by a player was broken two weeks later when Ron LeFlore stole four bases against the Cubs on August 8, 1980. As of the end of the 2018 season, the franchise record was still four stolen bases in a game, although it had been accomplished 11 times in 50 years. Raines was responsible for five of those 11 four-steal games.

6 The Expos were playing with a four-man bullpen for this game: Woodie Fryman (4-4, 2.26 ERA, 10 saves), Stan Bahnsen (6-4, 3.14 ERA, 2 saves), Elias Sosa (5-3, 3.34 ERA, 7 saves), and Fred Norman (0-1, 4.70 ERA, 4 saves). Bill Gullickson had been working out of the bullpen until an injury to David Palmer resulted in his return to the starting rotation. Reliever Dale Murray had been called up from Triple A to take Gullickson’s place in the bullpen, but he had not yet arrived in Montreal. The Expos did not play the previous day, making all four remaining relievers available to pitch.

9 The Astros suffered a heartbreaking loss to the Phillies in the National League Championship Series. Houston held a two-games-to-one lead in the best-of-five series, only to lose the final two games at home in extra innings. Philadelphia went on to win the World Series in six games over the Kansas City Royals.