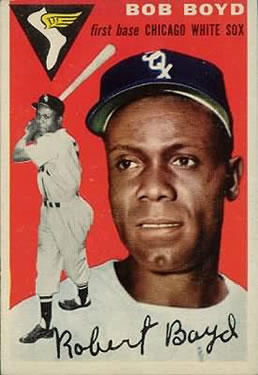 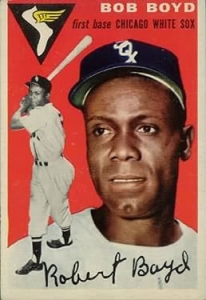 In 1959, it had been 40 years since the Chicago White Sox had won the American League pennant. However, the White Sox were steadily climbing in the final standings, from eighth place in 1948, to sixth in 1949 and 1950, to fourth in 1951, to third from 1952 to 1956, and finally to second in 1957 and 1958. Could 1959 be their year? Edward Prell of the Chicago Tribune called the 1959 American League squad “that curious group wearing White Sox uniforms who are trying their best to establish that you can win a pennant without scoring runs.”1 The White Sox played 16 extra-inning games in 1959, (winning 12, tying one). On July 25 Chicago personified Prell’s theory by winning a 17-inning game with only three runs.

Lou Hatter of the Baltimore Sun described Chicago’s battle with Baltimore by writing, “The White Sox taunted the punchless Orioles for 4 hours and 35 minutes.”2 A crowd of 25,782 turned out at Comiskey Park for the game. Only about half (12,562) paid for their tickets. The rest were “striking steel workers, plus idled white collar workers in the industry,”3 honor students and Pony League ballplayers. It was actually the second time the White Sox and Orioles went 17 rounds in the 1959 season. The first, on June 4 (also in Chicago), consumed 4 hours and 37 minutes and ended with a 6-5 Chicago victory. Both results saw the home team win in walk-off fashion.

Baltimore, seven games out of first place, was in the fifth game of a 15-game road trip, playing the second of a four-game series against Chicago. The Orioles had dropped four games in a row. League-leading Chicago was in a 13-game homestand and owned a three-game winning streak. The night before, Chicago had bested the Orioles, 2-1, with a walk-off homer in the bottom of the ninth by Al Smith off Hoyt Wilhelm. In this Saturday afternoon match on the 25th, All-Star left-hander Billy O’Dell took the mound for the visiting Baltimore, opposed by Chicago’s righty Bob Shaw. Shaw was seeking his 10th victory of the season while O’Dell was after win number seven.

Baltimore took the lead in the first frame. Willie Tasby led off with a single to left, then was caught stealing. With two outs, Bob Nieman lifted a fly ball to right that Jim McAnany misplayed for a two-base error. Gene Woodling singled to left, driving in Nieman, and Baltimore was on top, 1-0.

Chicago answered in its half of the second inning. Smith doubled to left. John Romano followed with an RBI single into center field, and the ballgame was tied. O’Dell settled down, allowing just one hit (a two-out single in the third) through the next six innings.

From the second inning until the eighth, Shaw also kept the Baltimore batters in check, allowing just three singles. Then, in the top of the eighth, Tasby led off again, and again he reached on a single up the middle. Bob Boyd’s sacrifice advanced Tasby to second. Nieman smacked a double to left, and his “two-bagger sent the Birds ahead.”4 Woodling was intentionally walked by Shaw. Baltimore manager Paul Richards sent Albie Pearson in to run for Nieman. Shaw hunkered down and struck out Brooks Robinson, bringing Billy Klaus to the plate. Klaus singled to left, but the run-scoring opportunity was thwarted when White Sox left fielder Smith fielded the ball and fired to home, nailing Pearson at the plate. However, Baltimore had grabbed the 2-1 lead.

In the top of the ninth, Gus Triandos led off with a single and scooted to second on Shaw’s wild pitch. After Billy Gardner flied out, O’Dell sent a grounder to short. Triandos, in a baserunning blunder, tried to advance to third but was easily thrown out by All-Star and Gold Glove-winning shortstop Luis Aparicio.

It was do-or-die for Chicago in the bottom of the ninth. Sherm Lollar sent O’Dell’s first-pitch slider over the left-field wall for his 13th home run of the season. The game was tied, but Chicago continued to threaten. Smith worked a walk and Romano bunted him to second. Orioles skipper Richards called for an intentional walk to Bubba Phillips. Then “a gamble by Smith backfired.”5 McAnany bounced a grounder to shortstop Klaus, who threw to second baseman Gardner for the force out. Gardner’s relay to first baseman Boyd was not in time to get McAnany. Smith “rounded third and streaked plateward, only to expire at the counting station under Boyd’s throw to Triandos on an extremely close play.”6 This now forced extra play.

Chicago had at least two baserunners in each of the 10th, 11th, 12th, 13th, and 14th innings, but the White Sox could not manufacture the winning run. The game kept going. At the end of the 16th inning, the ballpark lights were turned on.

The 17th inning was the deciding, action-packed frame. With one out, Baltimore’s Gardner singled to center, and Walt Dropo, who had entered the game in the 15th, singled to left. Both runners were stranded as Turk Lown, the second pitcher for Chicago, retired both Tasby and pitcher Billy Loes.7 (Loes was sent to the plate because Baltimore had already used 13 position players in the game.)

In the bottom half, Jim Landis started things with a single to left field. Lollar singled to right, sending Landis to third. Sammy Esposito ran for Lollar. Smith was intentionally walked, giving the Orioles a chance for an out at any base. With the bases loaded, Jim Rivera grounded a ball to first, and Boyd threw home to get Landis for the first out. Phillips was due up. Chicago manager Al Lopez held him back in favor of pinch-hitter Harry Simpson. According to the Chicago Tribune, Lopez “remembered that Simpson had hit a two-run pinch single against Loes earlier in the year. Simpson also had hit a pinch homer for Kansas City this year to beat Loes in the ninth inning.”8 Simpson lined the knockout blow into right-center “to end the marathon.”9 Chicago had won in a walk-off, 3-2. After the game, Simpson described his success against Loes, saying, “I guess I hit him pretty good. I’ve made three pinch hits off him this year in four times.”10

The White Sox marooned 18 runners on the basepaths (to Baltimore’s 12). Double plays had choked off the Chicago rallies in each of the 14th and 16th innings. Both starters pitched well enough to win. Shaw stayed on the mound for 11 innings, while O’Dell pitched into the 10th.

Baltimore dropped its fifth straight game, making this the team’s longest losing streak of the season.11 Tasby had the most productive day for Baltimore, with a 3-for-8 performance. Baltimore batters had 12 hits in the game.

Chicago, meanwhile, won its fourth consecutive game (all by one run) and captured its 23rd one-run decision in 28 games. The White Sox finished the season winning 35 of 50 one-run games. The streaking White Sox were winners of 22 out of their last 31 since June 21 and 12 of 16 since the All-Star break.

This extra-inning affair was the second of four matches between Chicago and Baltimore that extended well beyond nine innings. On August 6 the two teams battled for 18 innings (the equivalent of two full games) before the tie game was called “on account of curfew.”12 Then, on September 11, in the second game of a doubleheader, the two teams played 16 innings in a game that ended in a 1-0 walk-off victory for the Orioles.

7 Lown relieved Shaw to start the top of the 12th inning.

8 Prell. Simpson had been traded by Kansas City to Chicago in exchange for Ray Boone on May 3, 1959. Then, on August 25, Simpson was traded with Robert Sagers to the Pittsburgh Pirates for Ted Kluszewski.

11 The Orioles fell to the White Sox the next day as well, in the first game of a doubleheader. Baltimore won the nightcap. The six-game losing streak turned out to be their longest of the 1959 campaign.