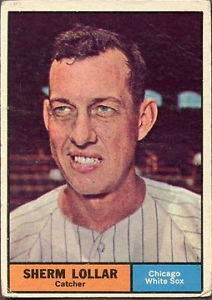 The August 28-30 four-game showdown between the Chicago White Sox and Cleveland Indians had been much anticipated for weeks. The peculiarities of the scheduling had kept the two American League contenders apart since July 10.1 On that date, the Indians finished play with a two-game lead over the second-place Go-Go Sox.

The White Sox arrived in Cleveland with a 76-49 record and 1 1/2 game lead over the Indians. The Tribe, riding an eight-game winning streak, had fans envisaging a return to the top of the standings was imminent. After dropping the first two games of the series, the Indians entered the August 30 doubleheader 3 1/2 games off the pace.

The 1959 White Sox were not an offensive juggernaut. The team finished the season sixth in team batting with a .250 average and dead last with 97 home runs. The team depended on small ball and a strong pitching staff. The Sox finished with a league-leading 3.29 ERA and had one of the strongest bullpens in baseball. The relief corps was led by a pair of right-handers, Jerry Staley and Turk Lown.2 The roommates combined for 17 wins, 30 saves, and a 2.53 ERA and factored prominently in the doubleheader.3

A huge throng of 66,586 fans jammed into cavernous Municipal Stadium on the shores of Lake Erie for the Sunday afternoon twin bill as afternoon temperatures rose to mid-80s under overcast skies. In the opener, right-hander Early Wynn notched his 17th victory of the year when he limited the Indians to three runs over seven-plus innings. He helped his own cause with a sixth-inning 400-foot, one-out home run to right that triggered a five-run rally that gave the Sox a 5-2 lead.4 Staley came in the eighth and pitched two scoreless innings to nail down the Sox 6-3 come-from-behind victory. The win increased their lead to 4 1/2 games and placed the Indians in a must-win situation heading into the nightcap.

The White Sox sent right-hander Barry Latman to the mound. The 23-year old was making his 18th start of the season and entered the game with a record of 7-5 and 3.61 ERA. The home-standing Indians countered with 22-year-old hard-throwing Gary Bell. The Indians’ versatile right-hander, who finished third in the American League Rookie of the Year voting a year earlier, at varying times of the year worked as a starter, long reliever and closer. He entered the game with a record of 14-10 with a 3.78 ERA.

Bell and Latman traded 1-2-3 innings before the White Sox broke through against Bell in the top of the second. Ted Kluszewski, described by a Cleveland writer as a “Percheron among ponies,” opened the inning with a single to center.5 Rookie catcher Johnny Romano drew a walk and with one out Al Smith singled to right-center to score Kluszewski and advance Romano to third.  Smith moved up to second when center fielder Jimmy Piersall fumbled the ball in center. Jim Rivera drew an intentional walk to load the bases. Latman followed with a long fly ball that sent Rocky Colavito to the screen to deep right-center for a two-run sacrifice fly.  Romano trotted home from third and Smith followed when third baseman George Strickland took the relay throw down the third-base line and started back for the bag at third without realizing Smith had already passed him.6 Once he realized Smith wasn’t there, Strickland pivoted and threw home, but Smith slid in safely ahead of the tag.

The White Sox added to the lead in the top of the third. Second baseman Nellie Fox singled to center to start the inning. Jim Landis grounded into a fielder’s choice that forced Fox at second before Kluszewski and Romano walked to load the bases. Fearing the game may be slipping away early, Indians manager Joe Gordon summoned 24-year old right-hander Jim “Mudcat” Grant from the bullpen. Grant was greeted with a single off the bat of Billy Goodman that scored Landis and Kluszewski. After Smith was retired on a nubber handled by Indians catcher Ed Fitz Gerald, Grant intentionally walked right fielder Jim Rivera to load the bases and pitch to Latman.  Latman flied out to center to end the inning. However, the damage was done and the Sox now had a 5-0 lead.

The Indians finally got on the board in the bottom of the fourth. With two outs Minnie Minoso walked. Tito Francona followed with a single to center before Colavito deposited his league-leading 39th home run into the upper deck down the third-base line to trim the White Sox lead to 5-3.7

The inspired White Sox responded quickly with two more runs in the top of the fifth inning. With one out Goodman tripled to center and moments later Smith hit his 12th home run of the year to increase the Sox lead to 7-3. The Indians Woodie Held, who also hit a home run in the opener, trimmed the lead to 7-4 with a lead-off home run in the bottom of the inning. It was Held’s 26th of year.

Right-hander Mike Garcia came on in relief in the top of the sixth. The Big Bear, who won 142 games in 12 seasons with the Indians, was nearing the end of his career.  After giving up a leadoff single to Luis Aparicio, who was erased when he was caught stealing attempting to steal second, Garcia pitched two scoreless innings.

The hard-throwing Lown came on in relief of Latman in the bottom of the sixth. Lown was in the midst of his best season and entered the game with a 9-2 record with 11 saves and 2.64 ERA. Just as Staley had down in the opener, Lown came in to nail down the victory. Lown scattered five hits and struck out three to earn a four-inning save.

The White Sox added insurance runs in both the eighth and ninth innings. In the eighth, Lown singled to center with one out and advanced to third when Aparicio singled to right. Fox followed with a sacrifice fly to increase the Sox lead to 8-3. In the ninth, Sherm Lollar tripled to right with one out and scored the White Sox ninth and final run of the game when Sammy Esposito, who entered the game in the bottom of the seventh as a defensive replacement at third, sent a sacrifice fly to left.

The victory was the White Sox 13th in 18 games against the Indians that season. Sox players celebrated the four-game sweep by whooping it up in the clubhouse, but when White Sox manager Al Lopez was asked by photographers to pose with a broom to show how the Indians were swept out of the pennant race, he cautioned, “Let’s not have any of that. We still have 25 tough games to play.”8  Cleveland manager Joe Gordon acknowledged the White Sox “beat the devil out of us.” 9  However, despite being 5 1/2 games off the pace, the Tribe’s skipper wasn’t ready to concede the race. “Sure the White Sox have a good lead now. You never can tell what’s going to happen to a ball club. They might hit a losing streak and we might get hot again and the race is wide open again, Gordon said.”10

News of the White Sox sweep set off celebrations throughout the South Side of Chicago.  It had been 40 years since the Sox had won the American League pennant and their fans were ready to celebrate. When the Sox returned to Midway Airport that evening, thousands of delirious fans were on hand to give the team a hero’s welcome. The crowd was so large the players were instructed to collect their bags on the tarmac to avoid a disruption in the terminal due to the large crowd.

Despite the jubilation throughout the Chicago, not everyone was convinced the Sox would hang on to win the pennant. One Chicago Tribune reader opined that the White Sox have the fielding and pitching, but lack “the hitting that every pennant winning team must have” and predicted the Indians would win the pennant.11 On September 22 the Go-Go Sox retuned to Municipal Stadium and clinched the American League pennant with a 4-2 victory over the Indians.

5 Edward Prell, “Sox Get Heroes’ Welcome: Come Home After Cleveland Sweep 5½ Games Ahead,” Chicago Tribune, August 31, 1959: 60. A Percheron is a well-muscled breed of draft horse known for its intelligence and willingness to work.