This article was written by Rick Obrand

Every spring thousands of high school athletes try out for their school’s baseball team. Many have major league ambitions. With just 650 spots available on the 26 big league rosters, only a very small percentage will attain their lofty goal.

High school baseball programs justifiably take great pride when one of their products reaches the majors. Some high schools such as Fremont in Los Angeles and Beaumont in St. Louis have turned out future major leaguers in great quantities. But it is rare, even for productive schools, to produce two major leaguers in one year – players such as Cleon Jones and Tommie Agee, who played together at Country Training High in Mobile, Ala., and later with the New York Mets. Or the ill-fated duo of Herb Score and Dick Brown from Lake Worth, Fla, who wound up being batterymates with the Cleveland Indians.

In the 1920s Waxahachie (Tex.) High School accomplished something even more unique. It came up with four future big leaguers in one year – Paul Richards, Art Shires, Belv Bean and Jimmy Adair.

It is interesting to note that of the 14 high schools which saw two players from one of their 1970s teams go on to the majors 11 are located in California. This points up the salubrious climate that enables schoolboys living in that state to play longer baseball seasons than in many other sections of the U.S. 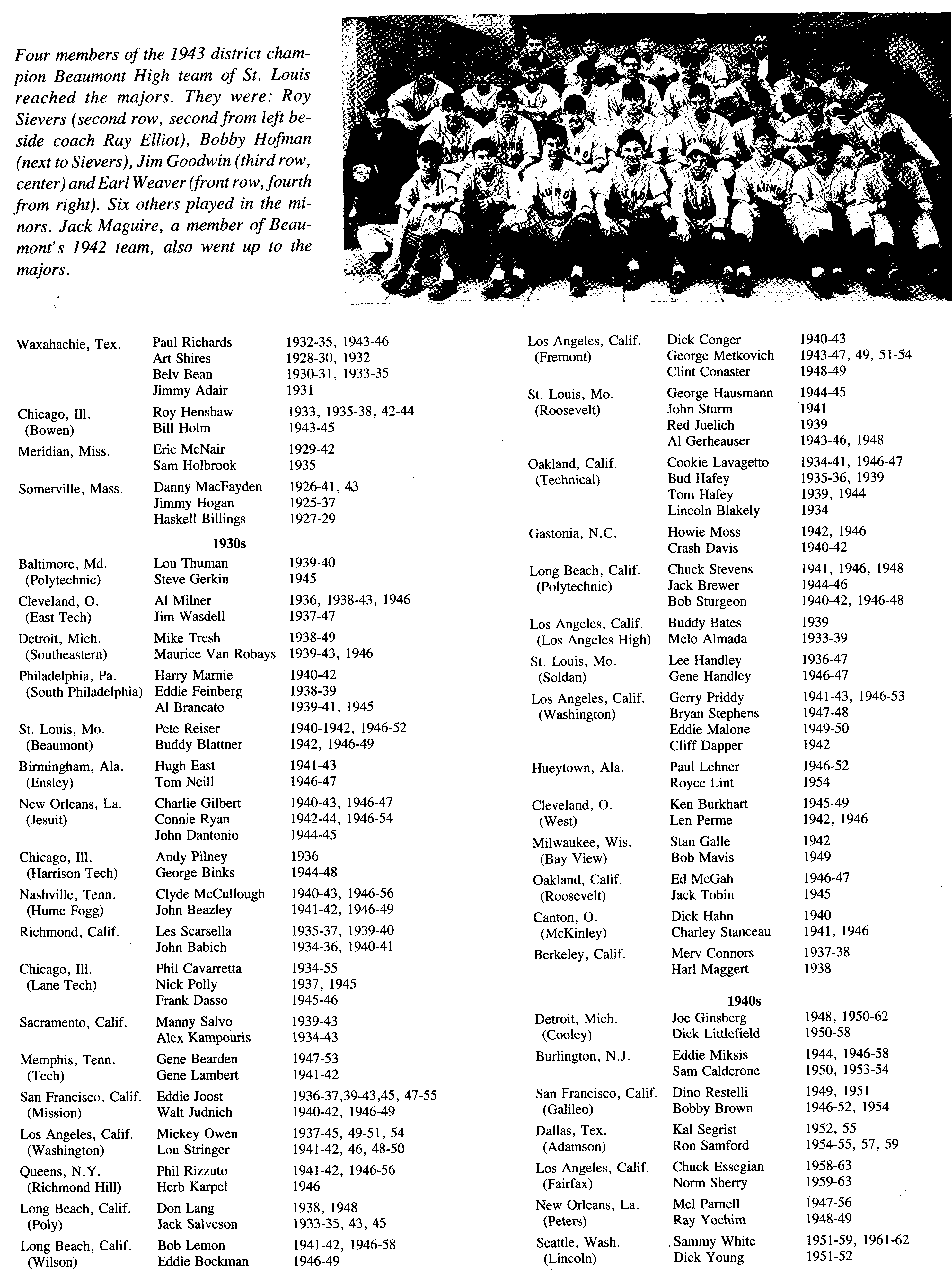 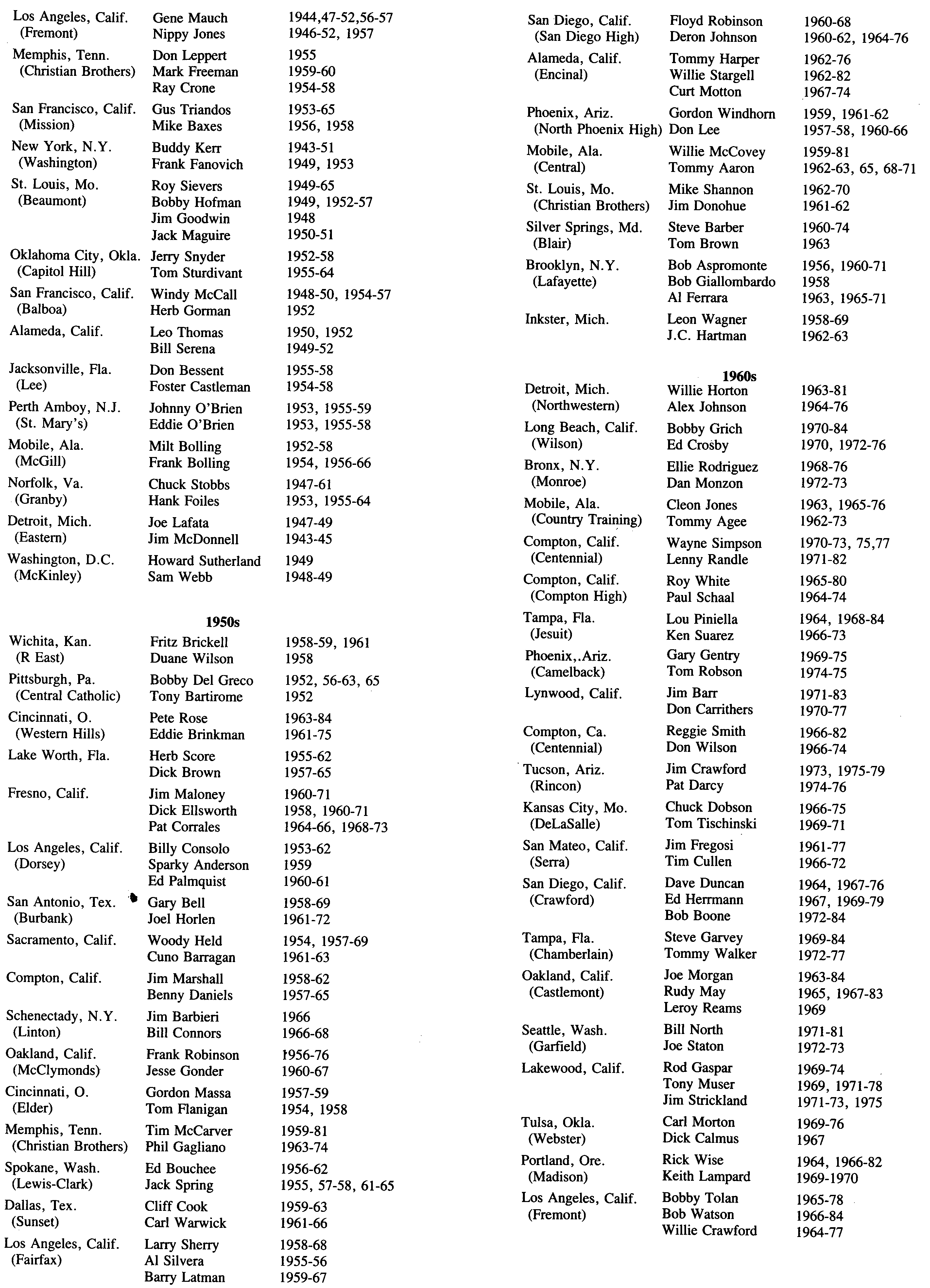