This article was written by George Michael

Since 1947 I have been researching and collecting baseball photographs, writing captions and reassembling the facts that surround them. My specialty is action photos of players sliding. Over the years I have learned that when all research tools have been exhausted, it is time for fresh eyes to view the photo; there are none better than those of SABR members. Here are two tough new cases, and the status of the cases I presented last year (“Nine Mystery Photos” in Baseball Research Journal #34). I am happy to say that seven of those mysteries have been solved and thanks to the hundreds of members who helped unravel them.

Click on the image below to read this article in its original formatting: 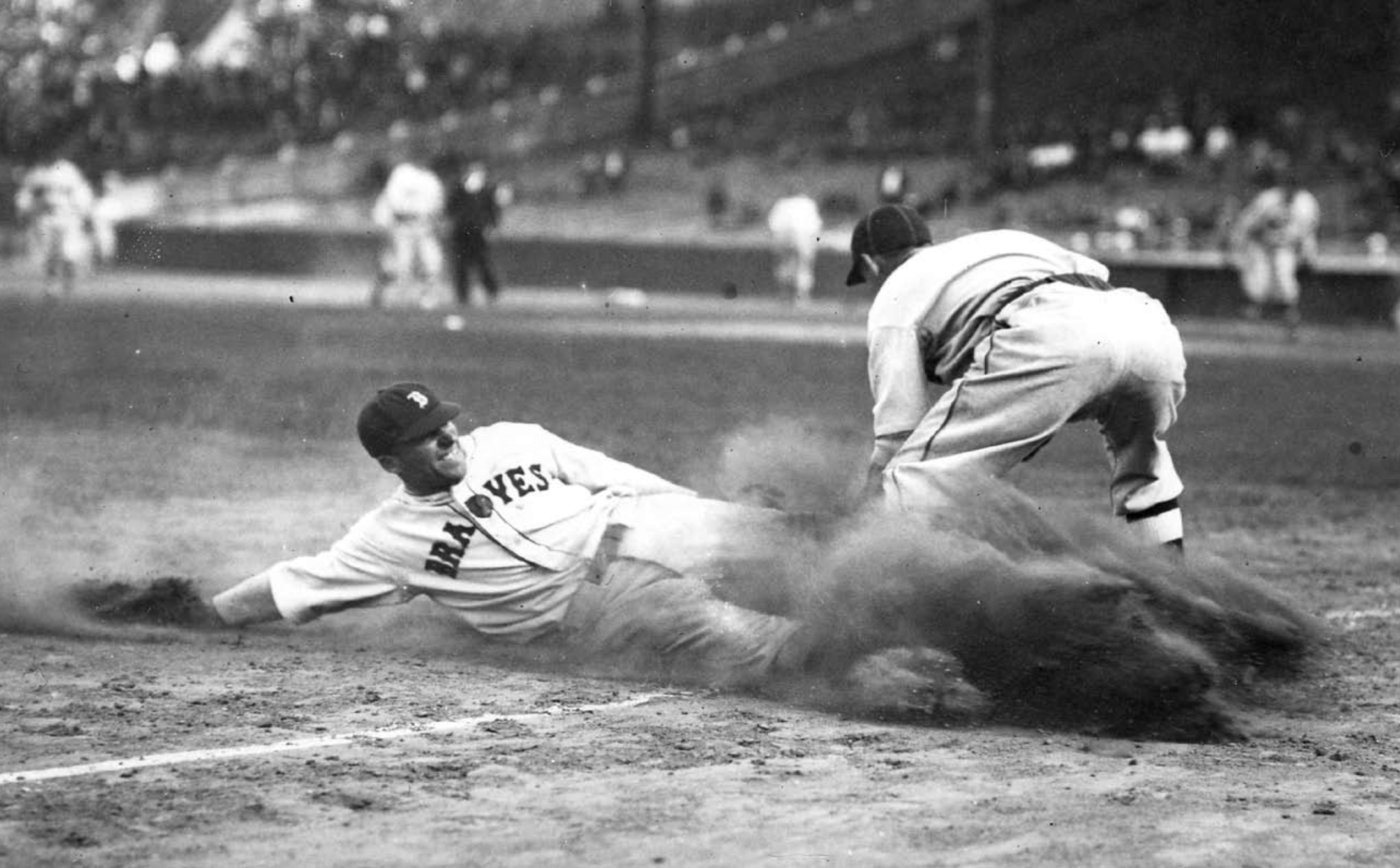 GEORGE MICHAEL was a nationally known sportscaster, as well as a longtime SABR member and baseball photo collector. He specialized in the analyses of early- to mid-20th century game action scenes (particularly ones that included players sliding), showing remarkable skill in determining the date of the game and even the particular play within the game, along with the identification of the players and umpires present. He is the namesake of SABR’s pictorial history award.