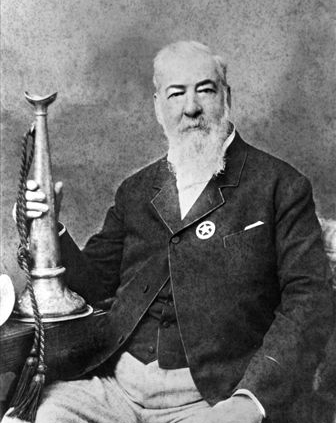 This article was written by Adam Berenbak

This article was published in the Fall 2014 Baseball Research Journal

South Shields is a coastal town in Northern England, located at the mouth of the River Tyne, downstream from Newcastle upon Tyne. The town boasts an economy built around shipbuilding and coal mining, and produced the director Ridley Scott and actor/comedian Eric Idle. The main sports are rugby and soccer.[fn]Ridley Scott, last accessed December 31, 2013, http://news.bbc.co.uk/2/hi/talking_point/forum/1234177.stm. Eric Idle, last accessed December 31, 2013, www.imdb.com/name/nm0001385.[/fn] So it may seem strange that a story about the birth of baseball should start there, but it was also in South Shields, in 1888, that Robert Henderson was born. Henderson emigrated to the United States and joined the staff of the New York Public Library in 1911.[fn]Wolfgang Saxon, “Robert W. Henderson Dies; Librarian and Sports Expert,” New York Times, August 20, 1985[/fn] His fascination with the history of games and sport led him to publish Ball, Bat and Bishop in 1947, a book that would help unravel the myth of Abner Doubleday’s 1839 invention of the game in Cooperstown, New York, and open the door to the notion that a myriad of other players, including Alexander Joy Cartwright, developed it instead.[fn]Robert Henderson, Ball, Bat and Bishop: The Origin of Ball Games; with an introduction by Will Irwin (New York: Rockport Press, 1947).[/fn] 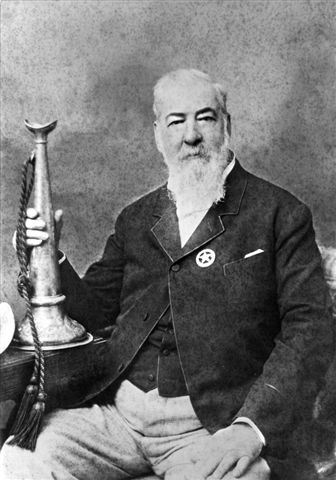 While researching an article about the relationship between baseball and the US Congress that was published in the National Archives magazine (Prologue), I came across several references to a commendation by the 83rd Congress on June 3, 1953, officially recognizing Henderson for proving Cartwright as the inventor of baseball. In my position as an archivist in the Center for Legislative Archives, a unit of the National Archives and Records Administration, I had never previously come across such a reference and decided it was worth some more scrutiny. Specifically, Cartwright’s Wikipedia page states: “Cartwright was officially declared the inventor of the modern game of baseball by the 83rd United States Congress on June 3, 1953.”[fn]Alexander Cartwright, last accessed December 31, 2013, http://en.wikipedia.org/wiki/Alexander_Cartwright.[/fn] And his New World Encyclopedia entry states: “Alexander Cartwright II (April 17, 1820–July 12, 1892) was officially credited by the United States Congress on June 3, 1953, with inventing the modern game of baseball…..In 1947 Robert W. Henderson documented Cartwright’s contributions to baseball in his book Bat, Ball, and Bishop, which the US Congress cited in recognizing Cartwright as the inventor of the modern game.”[fn]Alexander Cartwright, last accessed December 31, 2013, www.newworldencyclopedia.org/entry/Alexander_Cartwright.[/fn] Other sites, as well as several printed publications, repeat the same information, citing a variety of sources, from the Wikipedia page to an article in the June 4, 1953, New York Times (more on that below). However, there is no mention in the records of Congress to suggest that any official credit was given to Cartwright or Henderson, in 1953 or during any other Congress.

The bulk of the records pertaining to both baseball and Congress in the National Archives relate to the multiple challenges made to Major League Baseball’s antitrust status, first conferred upon baseball in a Supreme Court ruling in 1922. Every subsequent challenge to that decision has been settled out of court or resulted in the Supreme Court upholding the original ruling, leaving it to Congress to redefine that status. Charged with such a responsibility, the House and the Senate have held multiple hearings since the 1940s to debate the matter, but have done little but issue reports that either support the antitrust status or compel the Court to overturn its ruling. There were four days of hearings in May of 1953, before the Interstate and Foreign Commerce Committee, but no mention of Cartwright or Henderson was made. Few other references to baseball, on either the House or Senate floor, during 81st and 83rd Congresses were made, one being a Joint Resolution designating June 26 as National Baseball Day (a sentiment raised again on the Senate floor by Bill Bradley in 1996—though the ’96 resolution does mention Cartwright). Harold and Dorothy Seymour, in their seminal work Baseball: The Early Years, published in 1960, mention the report issued by the Cellar committee in 1952 that states baseball as “a game of American origin,” with no reference to Cartwright or Henderson.[fn]Harold Seymour, Baseball (New York: Oxford University Press, 1960).[/fn]

However, there is no mention in the Congressional Record, House Journal, or Senate Journal recorded on June 3, 1953, of Alexander Cartwright or Robert Henderson. In addition, the US Serial Set contains no reports or publications from the 83rd Congress (or any other congress, for that matter) singling out Henderson’s work or ratifying Cartwright’s position as THE creator of baseball. The 1954 Official Baseball Guide, published by The Sporting News, makes no reference either in its 1953 year in review. In addition, there is nothing in the June 3 or 10, 1953, editions of The Sporting News, nor is there any mention in the June 3 or 4, 1953, editions of the Washington Post or the New York Times. As mentioned above, there is an article in the June 4 Times of that year about Robert Henderson, though not about any kind of Congressional recognition.[fn]“Retiring Librarian’s Own Books ‘Struck Out’ a Baseball Legend,” New York Times, June 4, 1953.[/fn] The June 4 article is about Henderson’s retirement from the New York Public Library, effective June 3, 1953, mentioning his efforts to debunk the myth that Abner Doubleday “invented” the game of baseball but leaving out any mention of Alexander Cartwright.

In fact, Harold Peterson, who wrote the first real Cartwright biography, argued in a 1973 letter to the Times that Henderson, while establishing sufficient evidence against the Doubleday myth, “never investigated Cartwright.”[fn]Harold Peterson, “The Man Who Invented Baseball (Letter to the Editor),” New York Times, September 16, 1973.[/fn] Henderson had written about Cartwright, but only as an integral part of a complex development of the game, and never focused on his role beyond that.

The final nail in the coffin may be the concurrent resolutions, recorded in the Congressional Record of July 1957, and recommend by both House and Senate that the Baseball Hall of Fame be recognized “since Abner Doubleday conceived” of the game in Cooperstown in 1839. So, by 1960, the United States Congress was still approving of the Doubleday myth at the same time that Seymour, then the premier baseball historian, was publishing only the Celler committee’s approval of that myth and nothing else.

If Congress never credited Henderson’s “discovery,” or cited Cartwright as the inventor of the game, then where did such a rumor start? So far there has been no conclusive evidence found of the rumor’s origin, but it is possible that a combination of factors led it to make its way into popular understanding of Cartwright and, in turn, to an Internet “fact” that grew legs of its own. The earliest mention found so far is in The Baseball Chronology, published in 1991.[fn]James Charlton, ed. The Baseball Chronology: The Complete History of the Most Important Events in the Game of Baseball (New York: Macmillan; Toronto: Collier Macmillan Canada; New York: Maxwell Macmillan International, c. 1991).[/fn] Such a resource would no doubt have proven useful in compiling data for sites such as Wikipedia and other fact-based sites, but it is not certain whether the proliferation of this rumor originated with that publication.

Wolfgang Saxon’s 1985 obituary of Robert Henderson details his service to the New York Public Library and as librarian of the Racquet and Tennis club on Park Avenue, his contributions to baseball scholarship, and even his work with the Library Journal. Yet no mention is made of Cartwright or Congress. However, Saxon does cite another type of recognition, writing that “it was not until 1951 that the Official Encyclopedia of Baseball capitulated and embraced Mr. Henderson’s views.”[fn]Wolfgang Saxon, “Robert W. Henderson Dies; Librarian and Sports Expert,” New York Times, August 20, 1985.[/fn] Though the book in question—Hy Turkin and S.C. Thompson’s Official Encyclopedia of Baseball—was the first publication of a real baseball stats book, the notion of Henderson’s work as being recognized by an “official” entity could have contributed to the construction of the rumor. Could it be that the confluence in one author’s head of Saxon’s reference to the 1951 encyclopedia, the June 4 article on Henderson’s retirement the day before, and the Celler committee’s report led to the creation of this myth?

Though the only Congressional attention to professional baseball during the spring and summer of 1953 focused upon the business of Major and Minor leagues as well as the Congressional baseball game, it wouldn’t be out of the question for Congress to have recognized Robert Henderson at the end of a long and successful career. Such recognition was commonplace on the floors of the House of Representatives and the Senate—however, no evidence exists of any recognition of Henderson, Cartwright, or the origins of baseball.

ADAM BERENBAK is an archivist in the National Archives Center for Legislative Archives. He earned a master of library science degree with a focus in archives from North Carolina Central University and was a 2008 Frank and Peggy Steele Intern at the National Baseball Hall of Fame and Museum’s A. Bartlett Giamatti Research Center in Cooperstown, New York. He has previously published “Congressional Play-by-Play on Baseball” in “Prologue” (Summer 2011 edition), and has worked in both academic and public library special collections.