This article was written by Dan Raley - Daniel R. Levitt 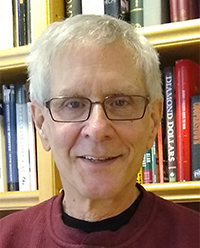 Alan Nathan (1946 —  ) never played in a big-league baseball game. Or in the minor leagues. Or at the collegiate level. He last grabbed a mitt and ran out on the field as a Maine high school freshman before deciding his exceptional foot speed was better suited for the track team. This lifelong Boston Red Sox and Ted Williams fan, however, would reconnect with baseball more than half a century later. Following a highly distinguished career as an experimental nuclear physicist, Nathan focused his attention on baseball — bent on finding new ways to understand it, to master it. He has been unlocking secrets from this game of never-ending nuance ever since. He has dissected the angle of the swing plane, researched the spin of a pitched ball, and analyzed the movement of a knuckleball.

His new quest began in 1997 when Nathan, invited to speak about physics to the public as part of a university community outreach program, decided to try something different. He opened a book on the physics of baseball written by Robert Adair that had been in his possession for some time, found that it piqued his interest, and shared his thoughts with the audience. That year he also published his first article on baseball in Scientific American.

His presentation was expected to be a one-shot deal: Nathan and this fascination with the science of baseball. However, a reporter for the Champaign News-Gazette (Illinois) caught his presentation and wrote about it in a front-page story in the Sunday newspaper. A year and a half later, Nathan started conducting his own baseball research. In his first attempt — while examining bats — the results didn’t make sense to him. He tried it again and his success led to an entirely new area of study for him.

In 2000 at an American Association for the Advancement of Science convention in Washington, DC, Nathan met Dave Baldwin, a former major-league pitcher who had become a genetics researcher and systems engineer after his playing career ended. They found a common bond in filtering through baseball’s fine points, and wrote a paper together with two other co-authors on “Paradoxical Popups: Why Are They So Hard to Catch?”

Since then Nathan has become baseball’s foremost authority on the physics of the game. He has published scores of articles — in particular on the collision between the bat and ball and the flight of the baseball — that have expanded our quantitative understanding and visualization of baseball’s most fundamental interactions. Beyond the physical interactions themselves, Nathan’s research examined their implications, from how a batter’s swing might be optimized to what insights might be extractable from the data explosion coming out of ballpark-installed technologies.

Examples of Nathan’s work include papers on the spin of a baseball, declaring in one that “All Spin is Not Alike.” He has found that some pitchers are much better than others in generating spin, a concept that hasn’t always been spelled out to everyone. He took a special interest in the knuckleball and its unpredictability, concluding that small, little-known factors led to big changes, some of them revolving around the use of the baseball’s seams.

Nathan currently is tapping into new statistical information made available at every big-league ballpark; every pitch and batted ball is tracked now, providing a tremendous amount of new data to analyze. All baseball really needs is someone like this downstate Illinois physicist to wade through them and see where they go. His expertise is such that Major League Baseball and its teams have reached out to him for research support.

Born on September 17, 1946, in Rumford, Maine, Nathan spent his first 16 years in the New England state before moving to Maryland. After graduating from Montgomery Blair High School in Silver Spring, Maryland, Nathan earned a physics degree from the University of Maryland in 1968. He received a master’s degree and PhD in physics from Princeton University, interrupted by a two-year stint in the US Army.

Nathan joined the University of Illinois faculty in 1977 and became a full professor eight years later. Away from physics, he remains interested in politics, American history, constitutional law, mathematical puzzles, and the physics of sports that don’t involve baseball. While he gave up his baseball career at an early age, Nathan didn’t totally walk away from diamond games. He’s played softball from that time forward, competing in assorted beer leagues and senior leagues.

Meanwhile, Nathan will continue to analyze the hardball game. He will look for new approaches, for those rare breakthroughs, something to set the game on its ear. “Had that reporter not been in the audience, listening to my talk, I never would have gotten involved with this,” Nathan said. “That was not my intent. Things happen serendipitously.”

This article was adapted and abridged from Dan Raley’s SABR BioProject article on Alan Nathan.