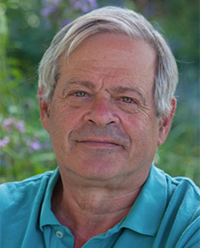 Until now, the Chadwick Award has been intended to recognize writers and researchers who have done most of their best work in the background, enriching the game with dogged effort but little notice. One could argue that Daniel Okrent (1948- ) has been amply honored in public, so why would this consummately nerdy award be right and proper for him, and for SABR?

I suggest that, like Chadwick, his idiosyncratic views of the game came to shape the attitudes of the mainstream. Bill James and sabermetrics were largely unknown to fans before Okrent’s writing about them appeared in Sports Illustrated in May 1981. Fantasy sports, a $4 billion industry today, was Dan’s innovation after years of Strat-O-Matic play. He was a featured player in Ken Burns’s Baseball and other documentaries about the game, notably Silly Little Game. And then there are his baseball books—innovative books that have filled our hearts with joy.

Where to begin? At the University of Michigan? Or in New York, where he was regarded as a boy wonder among book editors, moving on to Esquire, Life, and Time? Or with The New York Times, where he served as the newspaper’s first public editor?

He has always been, it seems now, after five decades of accomplishment, ahead of the game. In a speech on “The Death of Print” a quarter-century ago, Dan noted in our recent email exchange: “I predicted that we would have portable objects that would receive satellite downloads (not quite right, but not quite wrong, either) of all our reading material, and we’d be given a choice of paying for much of it or getting it free if we were willing to look at ads. Not nearly as troublesome a development as the DH in the NL, but interesting nonetheless.”

How to wrap up? With museum consultancies and advisory boards, or Old Jews Telling Jokes, an OffBroadway production with Peter Gethers that ran for 552 performances? With the book-length and film forays into Prohibition (Last Call), Rockefeller Center (Great Fortune), and American protectionism (The Guarded Gate)? Amid all of it, baseball (along with family) may be seen as the constant.

In Nine Innings (1982), Okrent dissected a single baseball game, play by play. In his foreword, Wilfrid Sheed wrote, “The midseason baseball game must be the closest thing in sports to a grain of sand…which is to say, it’s easy to lose sight of and forget forever, but if properly studied can tell you almost all you need to know about the rest of the beach.”

This granular approach to the game was in sharp contrast to the classic pictorial anthology he had created three years earlier with Harris Lewine: The Ultimate Baseball Book. Nine essays by nine great writers, along with a running historical text by SABR icon David Nemec, plus hundreds of spectacular photos…. It is not too much to think that this book, and Dan himself, spurred Ken Burns to document the history of baseball. (The companion book to the 18-hour film used the very same structure, with Geoff Ward’s history stitching the essays together.)

The fantasy baseball story is familiar to many who are reading this profile. The game began among only Okrent and his friends, who met over lunch at a midtown New York restaurant called La Rotisserie Française. They called their league the Rotisserie League, and an original member, Glen Waggoner, wrote an annual guide beginning in 1984 (subtitled “the greatest game for baseball fans since baseball”). Twenty years later, according to the Fantasy Sports Trade Association, 15 million adults were playing in some fantasy sports league, whether in baseball, football, basketball, or even NASCAR. Today that figure is 60 million worldwide. Okrent never made a penny from his innovation, nor did he win a league in which he took part (as the Okrent Fenokees or the Dan Druffs).

It was in May 1981 that his article about Rotisserie Baseball appeared in Inside Sports and launched that particular revolution. But in the very same month his full-length profile of Bill James (“He Does It by the Numbers”) appeared in Sports Illustrated, after having been mired in editorial politics for two years. Okrent had bought the self-published 1978 Baseball Abstract after seeing the ad in The Sporting News and, he recalls, “ [I] couldn’t believe my eyes. I was stunned. A whole new world opened up for me. I began a correspondence with Bill: ‘Who the hell are you? Where did you come from?’”

By then James’s sales had grown by word-of-mouth from an initial 75 books in 1977 to about 2,600, but Okrent’s feature won him a contract with Ballantine Books. (The commercially distributed Abstract sold more than 100,000 copies and made James a star and, among baseball insiders, a pariah. “Sabermetrics,” Bill called his approach to the game.)

As Dan wrote in our email exchange, “Whenever people tell me how my role in the creation and spread of fantasy sports was an incredible (or nefarious, or just inescapable) contribution to the game, or whenever I’m given credit for WHIP (deserved, but relatively inconsequential), or flattered with comments on Nine Innings or The Ultimate Baseball Book, I think: those were nothing compared to my biggest contribution, which was bringing Bill James to the attention of the world. It would have happened without me, no doubt, but World War I would’ve started even if the archduke hadn’t been assassinated in Sarajevo.”