This article was written by Marty Resnick

This article was published in The National Pastime: The Future According to Baseball (2021) 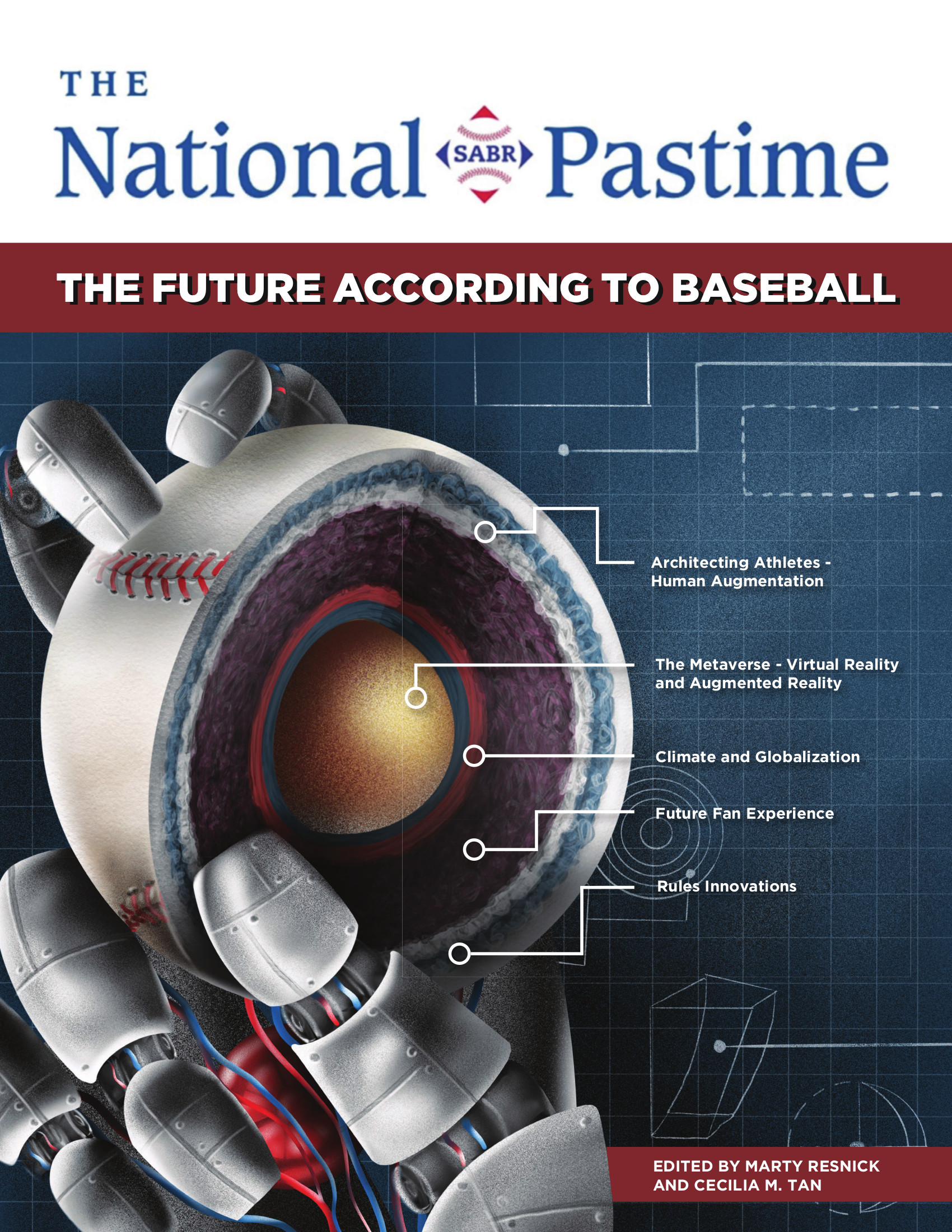 At the 2003 SABR national convention, SABR launched a survey about the future of baseball.1 SABR members as well as members of the general public were invited to respond. The instructions given to the respondents read as follows: “Answer the questions in light of what you believe will be true in 2020, not what you wish would be true, except where noted.” The questions were mostly focused on Major League Baseball and included topics like new franchises, Hall of Fame inductees, and who would still be playing in 2020. (As a Dodgers fan, I am proud to say Pujols was identified correctly.) Inspired by the survey, for this year’s issue of The National Pastime, we decided to run a similar survey and ask SABR members once again to look two decades into the future.

The Future According to Baseball survey invited respondents to answer 16 questions about baseball 20 years in the future, framed by the following understanding: “[T]hat just as baseball, and its history, is a reflection on culture and society in the past and present, it could also be an input, context, and/or predictor for predicting plausible futures of the United States and other countries.” The goal became to predict what the world might be like in 2040, and how that will be reflected in the game we love.

Table 1 displays the questions and the top choice answer from each question. 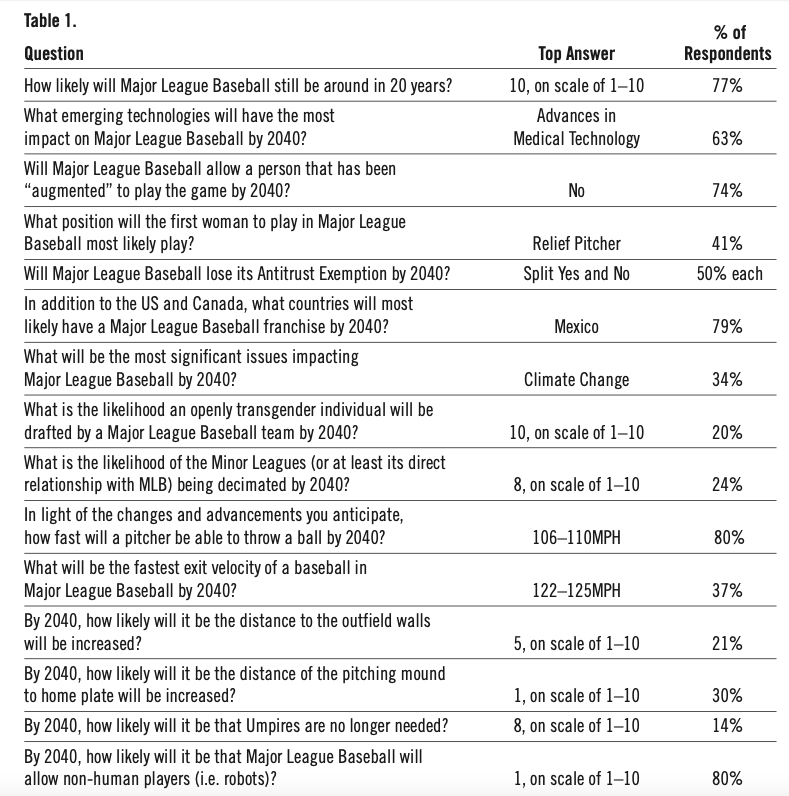 Some issues, which seemed far in the future when the survey was taken in 2020, have already become reality by the summer of 2021: the minor leagues have been contracted by fiat, and experiments with using a greater distance from the mound to the plate are taking place this season in the Atlantic League. The future sometimes arrives faster than expected.

Virtual Reality: Provides a computer-generated 3D environment (including both computer graphics and 360-degree video) that surrounds a user and responds to an individual’s actions in a natural way, usually through immersive head-mounted displays. Gesture recognition or handheld controllers provide hand and body tracking, and haptic (or touch-sensitive) feedback may be incorporated. Room-based systems provide a 3D experience while moving around large areas, or they can be used with multiple participants.

Augmented Reality: The real-time use of information in the form of text, graphics, audio and other virtual enhancements integrated with real-world objects. It is this “real world” element that differentiates AR from virtual reality. AR integrates and adds value to the user’s interaction with the real world, versus a simulation.

Exoskeleton: Exoskeletons are placed on the user’s body and act as amplifiers that augment, reinforce, or restore human performance. The opposite would be a mechanical prosthetic, such as a robotic arm or leg that replaces the original body part.

Digital Twins: A digital twin not only mirrors a unique individual, but is a near-real-time synchronized, multipresence of the individual in both digital and physical spaces. This digital instantiation (or multiple instantiations) of a physical individual continuously intertwines, updates, mediates, influences, and represents the person in multiple scenarios, experiences, circumstances, and personas.

Synthetic Materials: Man-made and cannot be found in nature. Synthetic materials are things like plastic that can be created by combining different chemicals, or prepared compounds and substances, in a laboratory.

Figure 1 displays the percentage of respondents that thought each emerging technology would impact baseball by 2040.

Figure 1. Emerging technologies that will have the most impact on Major League Baseball by 2040

These results, as well as the rest of the survey, have become the theme and roadmap for this edition of The National Pastime. The writers in this edition had one directive: create thought-provoking articles in a variety of disciplines, presenting the future through the lens of baseball. This edition includes research articles, flash fiction, short stories, and sci-fi prototypes in the form of press releases from the future, encompassing a wide variety of themes: Human Augmentation, The Metaverse: Virtual Reality and Augmented Reality, Climate and Globalization, Future Fan Experience, Rules Innovations, International Expansion, Women in Baseball, Future of Collectibles, and Emerging Technologies (Artificial Intelligence, Blockchain).

As we turn the clock ahead to 2040, baseball will continue to reflect what’s happening in the world around it. We hope you enjoy this tour of the future and take comfort in knowing that through all the many disruptions that will come over the next 20 years, we project that the game we know and love will prevail.