This article was written by Emil Rothe

On September 11, 1946, Cincinnati and the Dodgers played 19 innings at Ebbets Field without a run being scored by either side: the longest 0-0 game ever played in the major leagues.

There were several scoring opportunities for the Reds, but both Pete Reiser and Dixie Walker nipped Cincinnati runners at home. Walker’s throw was especially crucial. It came in the 19th. With Red runners Dam Clay on second and Lonnie Frey at first, Bert Haas singled to right. Clay tried to score, but Walker threw to Bruce Edwards to cut him down. In the fifth Eddie Lukon tried to stretch a triple; he was nailed, Reiser to Pee Wee Reese to Edwards. 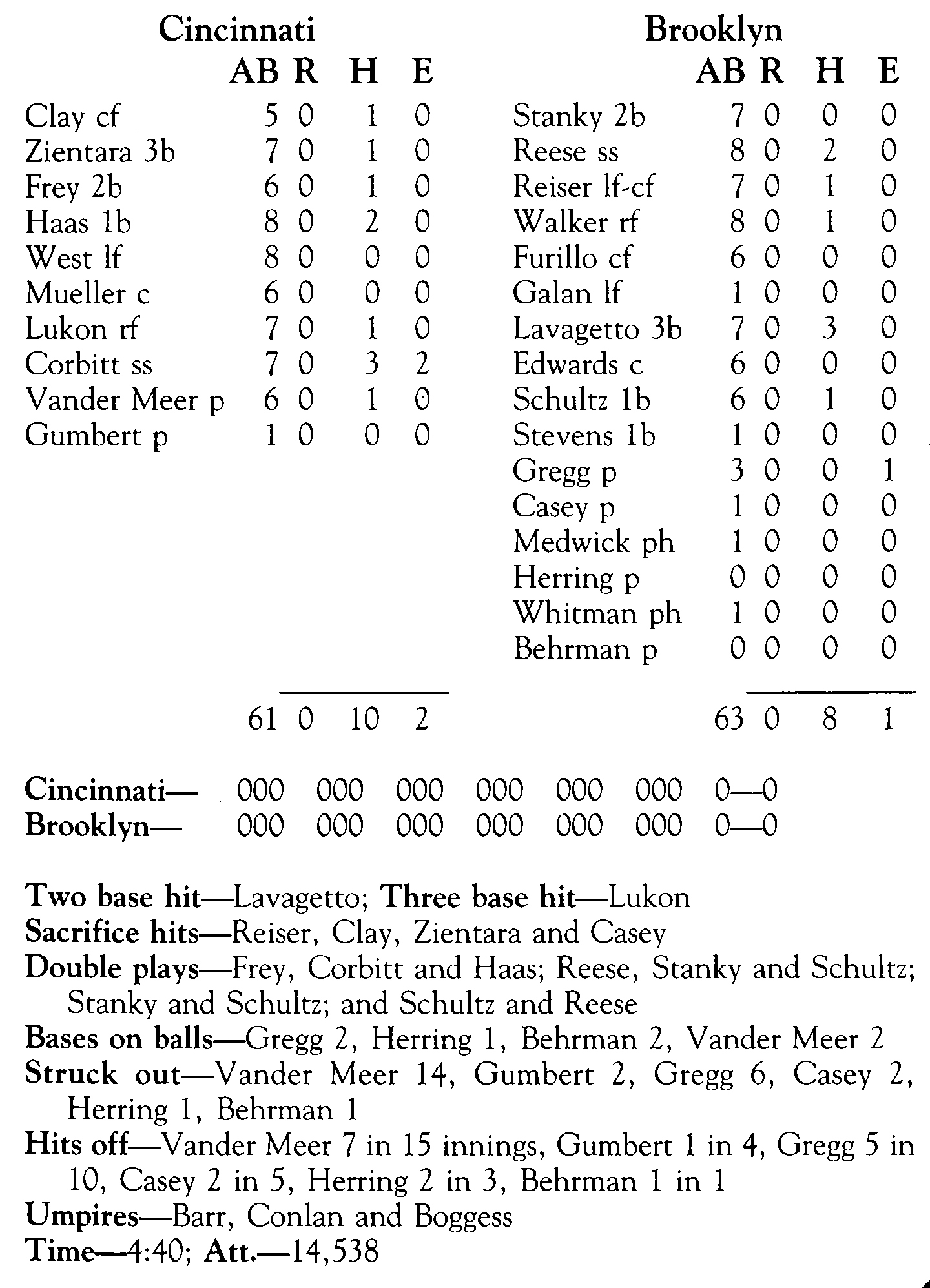 The Brooklyn-Cincinnati scoreless tie broke the former record of 18 innings established on July 16, 1909 by Washington and Detroit.

A vastly different type of baseball was played in Cleveland’s League Park on July 10, 1932. After 17 innings it was also a tie-a 17-17 tie! In the top of the 18th Jimmie Foxx carried the winner across the plate. Jimmie had a busy day because he also contributed three homers.

Cleveland accumulated 33 hits, a modern-day best for one club in one game. The combined total of 58 hits is a major-league record. The nine hits-seven singles and two doubles-by Johnny Burnett, Cleveland’s shortstop, is the most ever collected by a single player in one game of any length. Ed Rommel’s 29 hits allowed is the most ever surrendered since the turn of the century. And he was the winning pitcher! 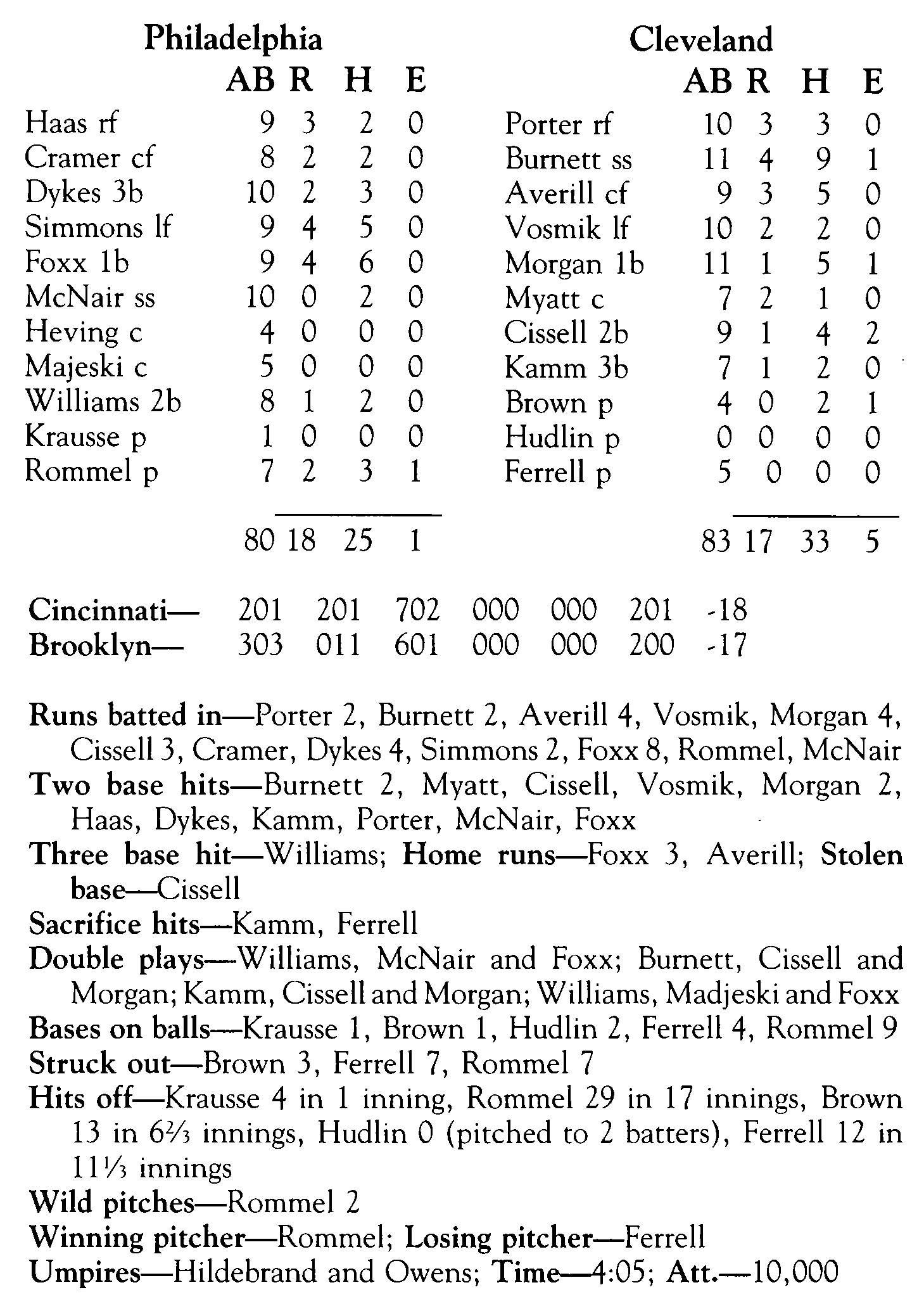