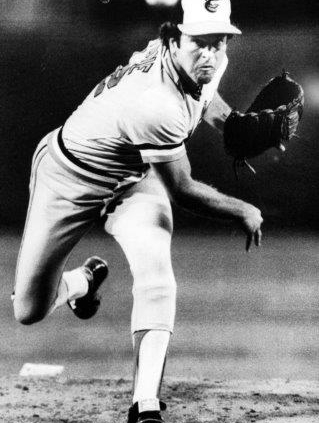 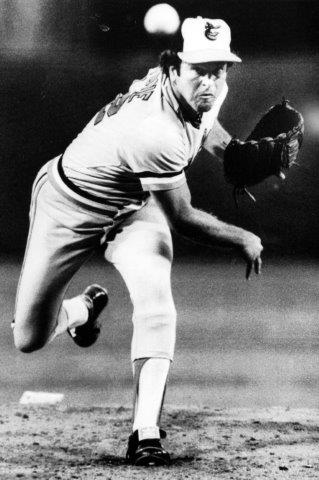 But on November 29, 1978, the Birds added another hurler to their pitching staff. Steve Stone signed a four-year deal worth a reported $800,000.1 The 1979 season would be Stone’s ninth in the big leagues. The right-handed pitcher from Kent State University had garnered a career 67–72 record in the previous eight. Stone was a veteran arm who could offer a viable option for Weaver should the opportunity present itself. “There’s a chance we might go with five starters instead of four next year,” said Weaver. “At least, we now have that choice, and there’s nothing wrong with having a little depth.”2

Stone had broken into the big leagues in 1971 with San Francisco. He split the season between the Giants and AAA Phoenix of the Pacific Coast League. It was the only time in his career that he had been part of a playoff team. The Giants won the National League West with a 90–72 record, but they were eliminated by Pittsburgh in the NLCS. Stone did not see any playing time in the NLCS.

The only other time Stone was on a competitive team was in 1977 when he was a starter for the Chicago White Sox, going 15–12 with a 4.51 ERA.3 Dubbed the “South Side Hitmen” for their offensive prowess, Chicago finished third in the AL West with a 90–72 record.

The Orioles won the American League East in 1979. Surprisingly, they accomplished this feat with Palmer being hurt for most of the season. The Orioles’ ace battled a sore arm, making two trips to the disabled list. But Flanagan (23–9, 3.08 ERA) took the lead of the staff and was rewarded with a Cy Young Award.

For Stone, the 1979 season had its ups and downs. He would win three games in a row, lose four straight, and then win three more. But the losses mounted and the opposition was smacking home runs at a high rate (Stone surrendered 26 home runs through August). “I was our only weakness,” said Stone.”Everybody else was having a renaissance year. Every time I picked up a newspaper, I read that I should be banished to the bullpen. There were some unpleasant noises whenever my name was announced. The fans booed the hell out of me and that was not a pleasant experience. I wasn’t pleased with what was going on.”4

Stone ended the season a positive note. In the last thirteen games he started, Stone won five. He posted an 11–7 record and a 3.77 ERA.

The Orioles ousted California in four games of the ALCS, but Stone did not pitch in the series. Stone made his lone appearance of the World Series in Game Four at Three Rivers Stadium. In two innings, Stone surrendered two runs. The Orioles blew their three games to one lead, losing to Pittsburgh in seven games.

In 1980, Palmer bounced back, but Martinez went down. The Orioles’ right-hander complained of a sore shoulder and was placed on the 21-day disabled list. His stint on the DL ended up lasting much longer. “I’m concerned,” said Baltimore pitching coach Ray Miller, “because Dennis never complained about his arm before.”5

Weaver’s comment about needing depth came true two years in a row. The reigning pennant winners in the AL now turned to Stone to pick up the slack.

“Last year I was trying to prove that I was worth what they paid me and do it all in a month,” said Stone. “The harder I threw, the worse I got. This year I feel confident.”6

Stone went 2–2 in April and opened May with a start at home against Minnesota. Rob Wilfong and Glenn Adams each connected for a solo home run, and Stone was relieved after 4 2/3 innings. Stone walked four, struck out two and surrendered three earned runs as he picked up his third loss on the year.

It would be a long time before another “L” would be affixed next to Stone’s name on a scorecard or in a box score. Stone won his next four games; the fourth of which was an eight-inning, three-hit, six-strikeout effort against the Tigers that the Orioles would win 5-3. Ken Singleton’s two-run home run in the bottom of the eighth inning broke the 3–3 tie to deliver the win. “I had never beaten this club before,” said Stone. “They just seem to hit everything I throw. This time, I didn’t use as many breaking balls. I stuck with fast balls and hard sliders and forgot what happened before.” 7

Following three no-decisions, Stone won 10 straight games from June 12 to July 26. Among these wins was a season-high 11-strikeout effort in a victory over California on June 17.

In the midst of his winning streak, Stone was selected as the American League starter of the 1980 All-Star Game at Dodger Stadium. “I thought one day I might get a chance to play in an All-Star Game”, said Stone. “It’s a tremendous thrill making it, but starting is something I couldn’t hope for in my wildest dreams. I thought Steve Carlton would start for the National League and then everyone would have said Steve Carlton against Steve Who?”8

In spite of the success that Stone was having on the mound, the Orioles were scuffling in the middle of the AL East standings. Baltimore (42–36) was in fourth place and trailed New York (51–27) by nine games. In addition to Stone, McGregor (8–4), Palmer (8–5) and Flanagan (8–7) were all pitching well at the break.

Stone’s winning streak was snapped on July 31 at Texas. He gave up six runs (three earned), and he was lifted after three innings as the Rangers won 7–4. Stone then won five straight.

On August 19 at Anaheim, Stone won his 20th game of the season. For the first seven innings, Stone had a 5-0 lead and was throwing a no-hitter at the Angels. With one down in the bottom of the eighth inning, Stone walked two batters, gave up two singles, and the Angels scored two runs. The score was 5-2 when Weaver relieved Stone and Tippy Martinez finished the game for his ninth save. “I’m not a shutout pitcher,” said Stone. “The secret to my success has been great defense and our ability to score runs. I was thinking about the no-hitter from the second inning on, but I’m not disappointed that I didn’t get it. I feel terrific about getting 20.”9

Although Stone may have been acting coy by crediting his teammates for his achievement, there was another source for his sudden success. He gave much of the credit to Miller. “Ray got me to take less time between pitches,” said Stone. “I think when you take longer, maybe you’re not confident and certainly it’s tough on the fielders behind you. Certainly, it’s helped me tremendously.

“Ray told me to get out of the habit of trying to throw all four pitches in the early innings. He told me to take two pitches and establish them early. Then, I go to the others when I need them later in the game.”

Stone was not the only one surging in Charm City. The Orioles posted a 21–8 record in August while the Yankees went 15–14. As the calendar flipped to September, the Orioles (76–52) drew to within 1 ½ games of division leader New York (78–51).

The Orioles stayed hot in September with a 21–9 record. But the Yankees rebounded from a mediocre August by going 21–7 in September, and as a result, put the division title in their back pocket. Baltimore (100–62) finished in second place, three games behind New York (103–59).

Stone went 4–2 in September to complete his season with a record of 25–7 and a 3.23 ERA. Through the 2019 season, Stone’s 25 victories still stands as the high-water mark in Orioles history since relocating from St. Louis in 1953.

Oakland’s Mike Norris was Stone’s toughest competition for Cy Young honors in 1980. Below is a comparison of statistics between Stone and Norris:

With the exception of the number of wins and losses, Norris led Stone in all of the other categories and the two hurlers tied in shutouts. But when the voting was tabulated,Norris had been narrowly defeated. The voting results for the top three finishers are below:12

“I’ve been written off a lot because I am not 6 foot 5 and 220 pounds, because I’m not durable or strong or heavy enough,” said Stone. “There were always a lot of things other people were telling me I couldn’t do. I preferred to concentrate on what I could do.”13

Said Baltimore general manager Hank Peters, “There was a world of difference in the kind of pitching Steve had to do, in the heat of a pennant race and Norris, who performed without the pressure.” .14

Norris, as expected, had a different point of view. “The Cy Young is an individual pitching award,” said Norris. “It does not mean completing only nine of your starts and getting 18 wins from the bullpen and infield defense. If my stats this year didn’t prove it, then I still have a succession of years to prove it.”15

JOSEPH WANCHO resides in Brooklyn, Ohio. He has been part of the editing team for two BioProject books: “Pitching to the Pennant: The 1954 Cleveland Indians” and “The Sleeping Giant Awakes: The 1995 Cleveland Indians.” Currently, he serves as the vice chair for the Baseball Index Project.

3 Stone’s other memorable 1977 achievement was serving up Duane Kuiper’s only home run in the major leagues on August 29 at Cleveland Stadium.

10 Ken Nigro, “Stone Wins No. 20, Loses No-Hit Bid”, The Sporting News, September 6, 1980: 28. By “Orioles history” we mean from when they moved from St. Louis, rather than when the club started playing, and we’re not counting other clubs with the same name.