This article was written by Steve Krevisky

It’s one thing to lead a league in doubles, triples, or homers, quite another to lead in two or three of these categories the same year. It’s truly remarkable-and rare-to hit 20 of each.

THREE HALL-OF-FAMERS, one active player who could make the Hall, and one old-timer who probably never will, share an unusual extra-base feat: Each one led his league in both home runs and triples in the same season.

The Hall-of-Famers are Jim Bottomley, Mickey Mantle, and Willie Mays. The possible entrant is Jim Rice. The old-timer is Harry Lumley, who played for Brooklyn in the first decade of this century.

Note that Mantle and Mays performed this feat in 1955. Mantle was not a big doubles hitter; only once did he exceed 30 (1952). In 1961, while Mantle and Roger Mans both chased Babe Ruth’s one-season home run record of 60, each hit only 16 doubles.

Mays hit only 18 doubles in 1955, although he substantially increased his doubles totals in San Francisco. He led the National League three times in triples but never in doubles or RBIs.

How about leaders in both doubles and triples in the same season? There are more of those. 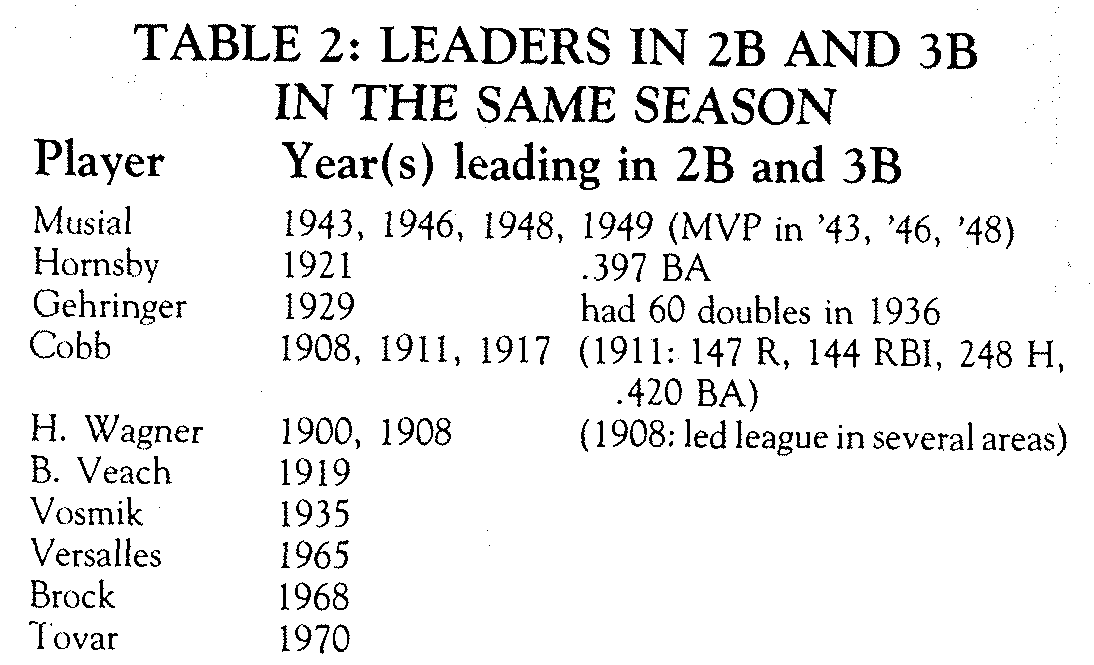 In 1948 Musial just missed leading the league in 2B, 3B, and HR (Mize beat him out by 1 HR); however, Musial also led the National League that season in runs, hits, RBIs, batting average, and slugging average. Not a bad year’s work. 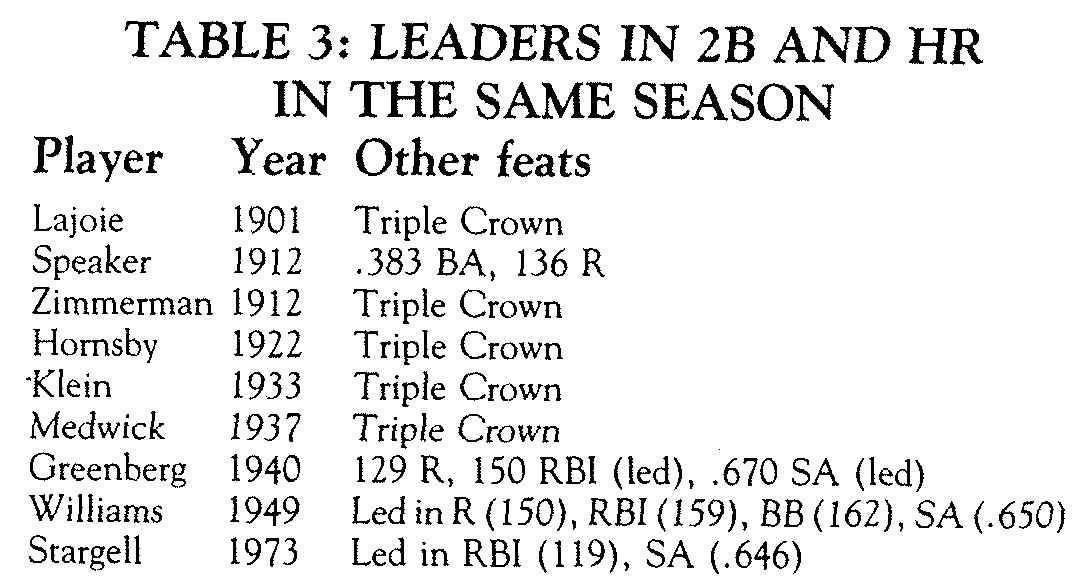 Some unusual or fluky batting feats: