At the 2015 SABR Analytics Conference, our Business of Baseball Panel took an inside look into how Major League Baseball front offices are using analytics and data to progressively drive incremental revenue growth. 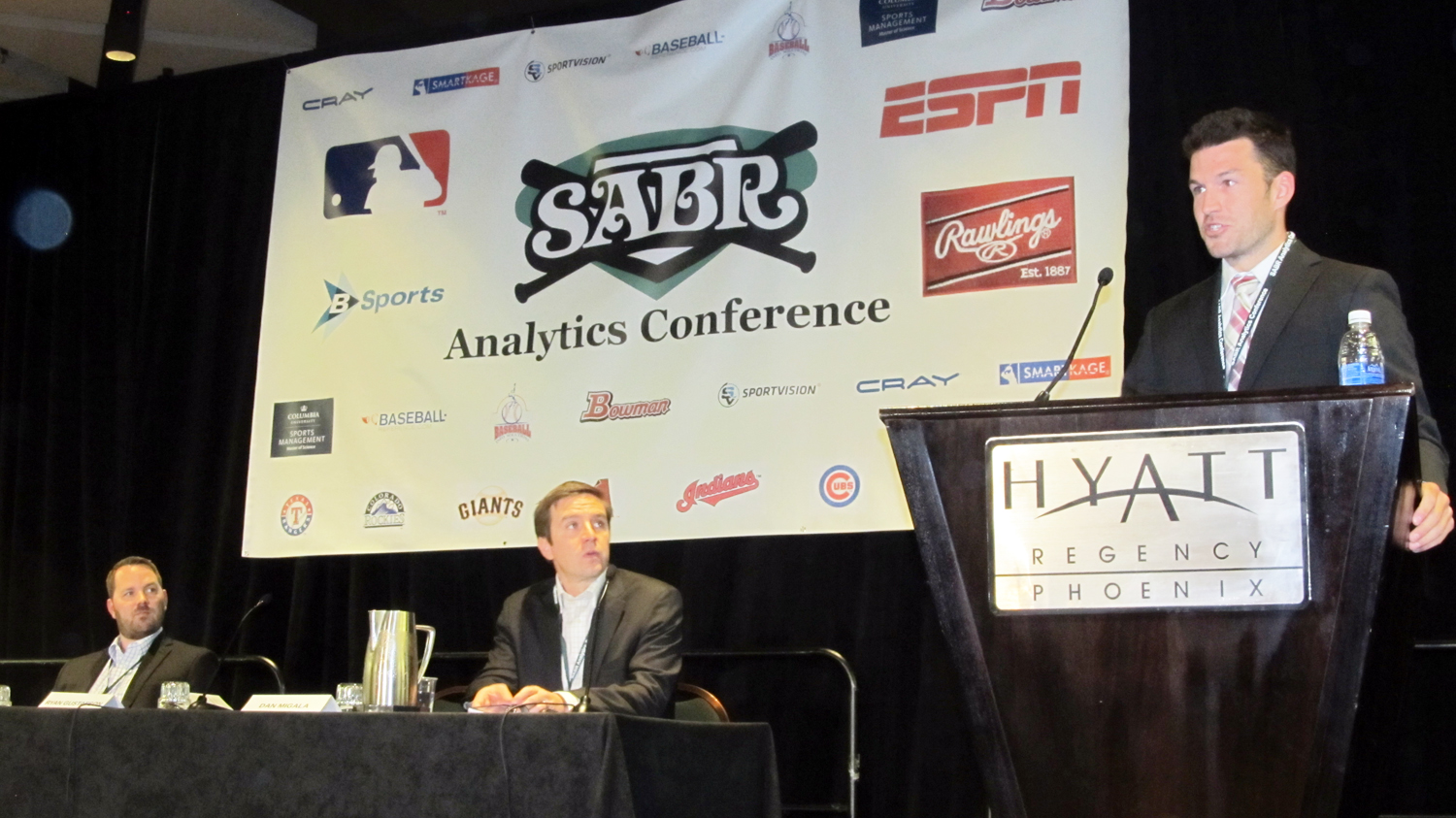 Panelists included: Kenny Farrell, Vice President of Business Analytics for the Arizona Diamondbacks; and Ryan Gustafson, Senior Director of Business Strategy and Innovation for the San Diego Padres. The moderator was Dan Migala, Founding Partner of the Property Consulting Group.

Here are some highlights from the Business of Baseball Panel at the 2015 SABR Analytics Conference:

ON THE IMPORTANCE OF COMMUNICATION ON THE BUSINESS SIDE

ON A SIGNIFICANT AND SURPRISING VARIABLE THAT POPPED UP IN RESEARCH

ON THE PADRES’ USE OF ATTENDANCE PROJECTIONS

ON THE USE OF DATA IN PLANNING STADIUM RENOVATIONS

ON A CASE STUDY OF BOBBLEHEAD GIVEAWAYS

ADVICE FOR ANYONE LOOKING TO WORK IN BASEBALL

ON MONETIZATION OF SOCIAL MEDIA