2015 SABR Analytics: One on One with Tony La Russa 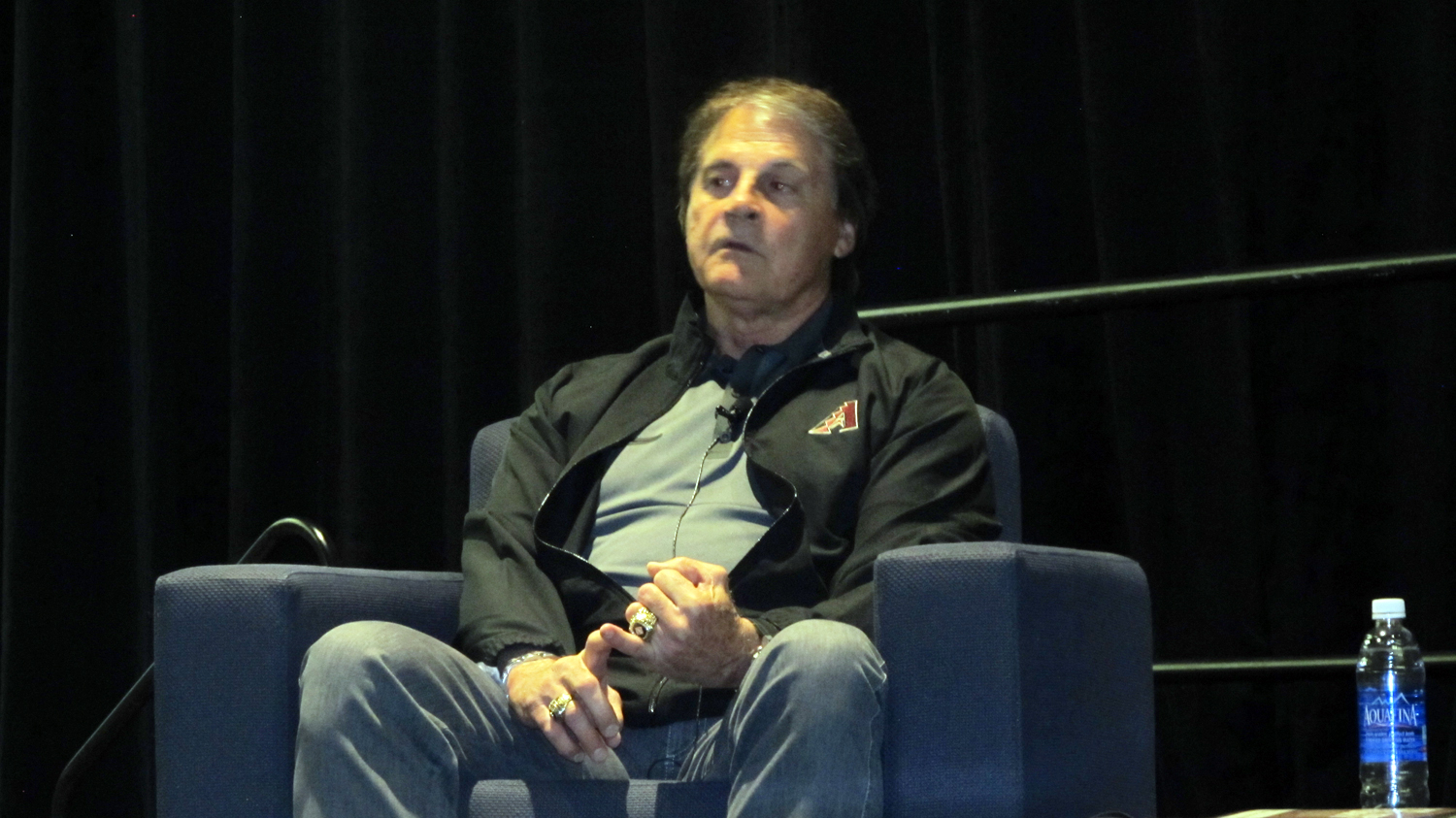 Here are some highlights from La Russa's one-on-one session with moderator Steve Berthiaume, TV broadcaster for the Diamondbacks:

ON EXPLAINING THE DIAMONDBACKS' FRONT-OFFICE APPROACH WITHOUT TIPPING YOUR HAND