At the SABR Analytics Conference on Thursday, March 12, 2015, three longtime major-league players discussed how players feel about the role of analytics in the game today. 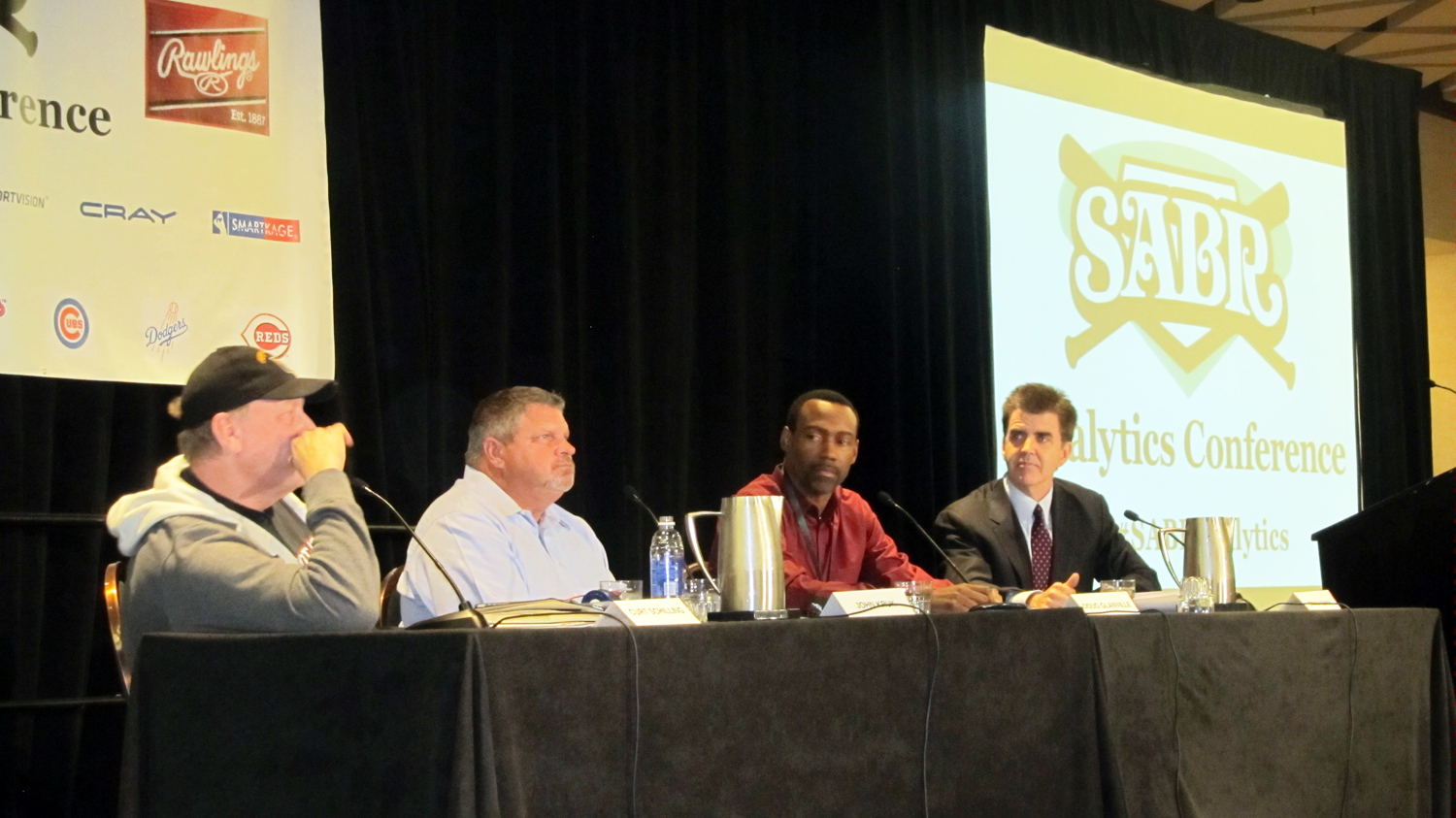 The panel included ESPN analysts Curt Schilling, who recorded more than 200 wins and 3,000 strikeouts and is considered one of the greatest postseason pitchers of all-time; John Kruk, an All-Star first baseman and outfielder who retired with a .300 career average; and Doug Glanville, who spent nine years in the majors as a star defensive center fielder. The panel was moderated by Brian Kenny of MLB Network.

Here are some highlights from the 2015 SABR Analytics Player Panel:

ON HOW PLAYER PREPARATION HAS CHANGED

ON EFFORTS TO SPEED UP THE GAME

ON VIEWING HIGHLIGHTS ON DEMAND VERSUS A 3-HOUR BROADCAST

ON THE CLUBHOUSE CULTURE OF ANTI-INTELLECTUALISM