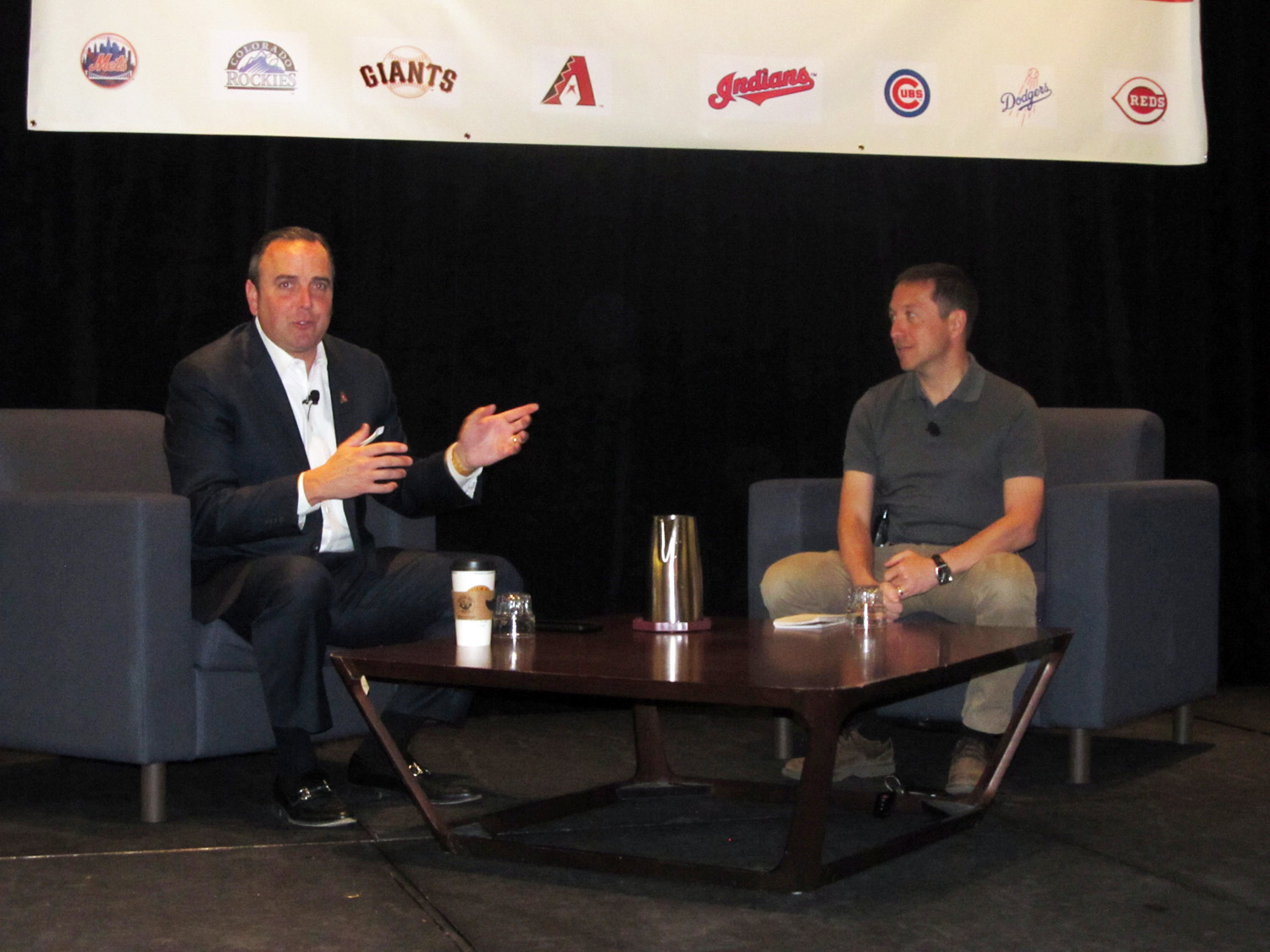 Hall is entering his 12th season in the Diamondbacks’ front office. He was named as the Diamondbacks’ team president in September 2006 and later added the title of CEO in January 2009.  During his tenure, the team has won two NL West championships (2007 and 2011) and was named the top Major League franchise in ESPN’s Ultimate Standings in 2013. He has been named the “Best Boss in Sports” by TeamWork Online and Yahoo! named the Diamondbacks as the “Best Workplace in Sports.”

ON THE DECISION TO REVAMP THE DIAMONDBACKS’ UNIFORMS

ON COLLABORATION BETWEEN TEAMS TO IMPROVE PLAYERS’ HEALTH AND FITNESS

ON THE DIAMONDBACKS’ CORPORATE CULTURE

ON HIS REACTION TO BRYCE HARPER’S RECENT COMMENTS

ON THE CONCEPT OF TEAMS ‘TANKING’